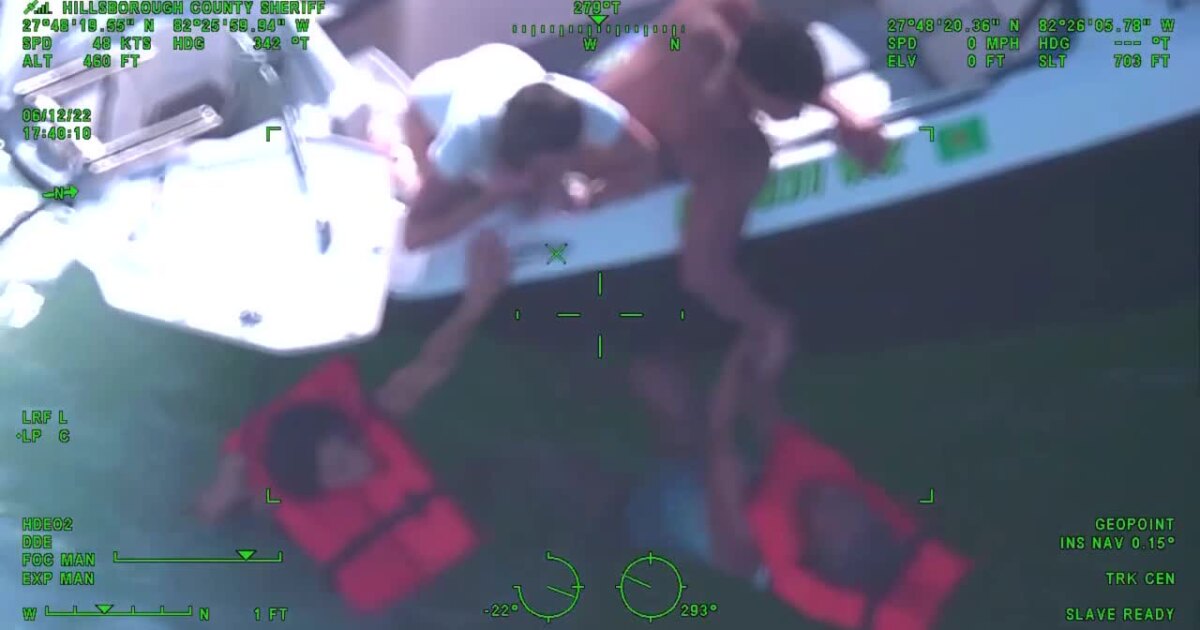 HILLSBOROUGH COUNTY, Fla. — After a boat capsized on Sunday a group of good Samaritans took action to save the 11 people aboard.

The Hillsborough County Sheriff’s Office said they received a call around 5:30 p.m. that several people were stranded near Beer Can Island.

Immediately after receiving the call, the HCSO Aviation Unit flew over the scene and saw a boat upside down in the water and several people, including children, swimming around it.

Another boat nearby, per HCSO, quickly went to the capsized boat and began lifting the victims into their boat.

Upon arriving, HCSO’s Marine Unit helped two men who had yet to be rescued.

After being rescued from the capsized boat, one of the men said he had chest pains and shortness of breath, so he was taken to a local hospital by the Hillsborough County Fire Rescue Marine Unit.

The good Samaritans then assisted HCSO’s Marine Unit in getting the victims onto HCSO’s boat, which took them to Apollo Beach Marina.

“Thanks to the willingness of some local boaters to help out, a group of 11 people, consisting of men, women, and children, were saved after they were stranded in the water when their seacraft capsized,” said Sheriff Chad Chronister. “Almost all the victims were wearing life preservers. We remind everyone to always have the right amount of life vests for each person on a boat, as well as keeping stock of all other safety and emergency equipment.”

The Hillsborough County Sheriff’s Office was aided in the rescue by the HCFR Marine Unit, the U.S. Coast Guard, and Sea Tow, which helped in the recovery of the upturned boat.