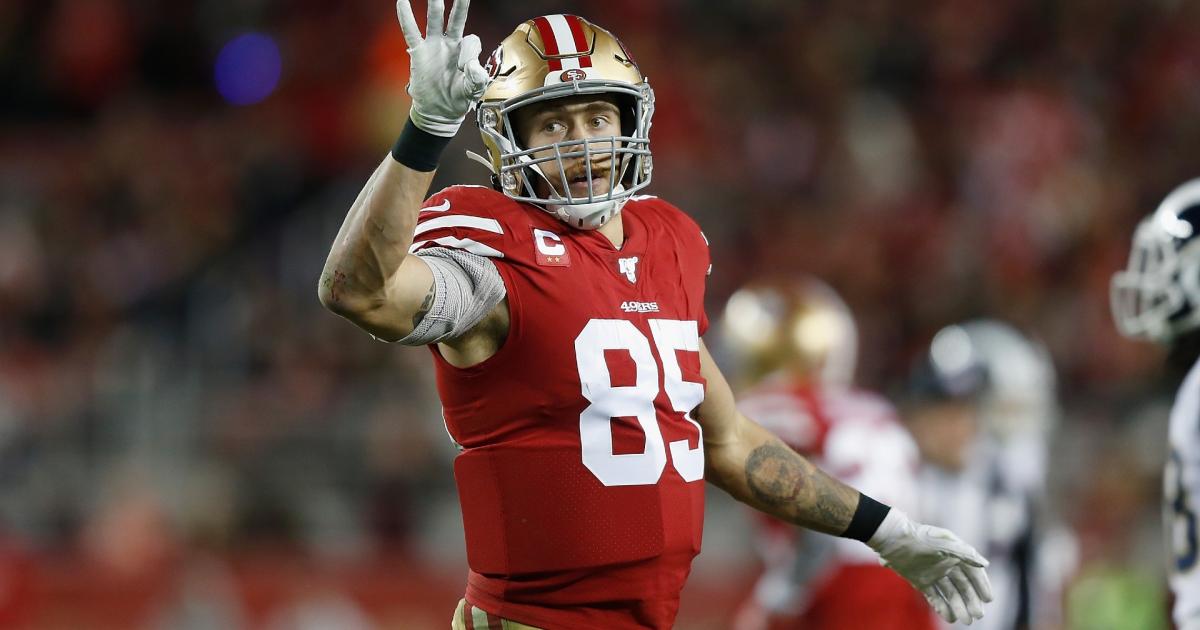 George Kittle earned the NFL’s highest-paying tight end contract thanks not only to his receiving ability but also because of the physicality with which he plays. He is a ferocious blocker and a hard-hitter who can rough up opposing defenders.

He plans to continue doing that even if it forces him to restructure his contract.

Kittle was recently asked by the San Francisco Chronicle’s Mike Silver about whether he is worried that injuries could eventually force him to take a pay cut from the 49ers or be released. Kittle revealed that the possibility doesn’t bother him.

I’m not really concerned with it at all. I could give two s—, honestly. If there comes a day when they feel like that, it is what it is, and it’s a business.

Kittle is currently in the second year of a five-year, $75 million contract extension he signed with the 49ers in 2020. He has played well for the 49ers since signing the deal, but he has missed 11 of 33 regular-season games as a result of nagging injuries.

MORE: Will the 49ers cut Jimmy Garoppolo if they can’t trade him?

Those injuries are nothing new for Kittle. He has played a full season just once during his five-year career and has missed an average of 3.5 games per season in his four other campaigns.

Kittle believes those injuries are just part of the game, but he also acknowledged there are times to be smart with the contact he takes.

“Football’s a violent sport,” he said. “I think there are some instances where you can protect yourself — like, hey, there are two guys running at you and there’s zero yards available, then sure, you can go down or you can get out of bounds.

But if I have a one-on-one opportunity, I’m gonna lower my shoulder and I’m gonna try to run through somebody. … It is what it is: I’m gonna still rumble, bumble and tumble, baby.

Beast since he entered the league.

As Kittle gets older, the dings from that rumbling and tumbling could add up. Even still, the 28-year-old intends to keep utilizing his hard-nosed, physical playing style. He explained why to Silver.

I know there’s a right way and a wrong way to play football, and I’m gonna play it the way that I think is right. You’re never gonna be able to question my intent nor my effort on the tape. Whoever it is that wants to do that and give me money, I think somebody will want to do that.

Kittle is hopeful that the 49ers will be the ones that want to keep him long-term. He said he “loves everything about this organization” and is especially a fan of his teammates.

One thing I’ve learned is you don’t really want dickheads on your team, and we have not had a lot of dickheads, or they’ve gotten rid of dickheads pretty quickly, and I’ve really appreciated that.

MORE: Which NFL Year 2 quarterback is set up for the most success?

It doesn’t sound like Kittle wants to go anywhere soon. So, unless the 49ers have a change of heart about the big deal they gave Kittle — or if a major injury crops up for the tight end — he should remain in San Francisco long term.