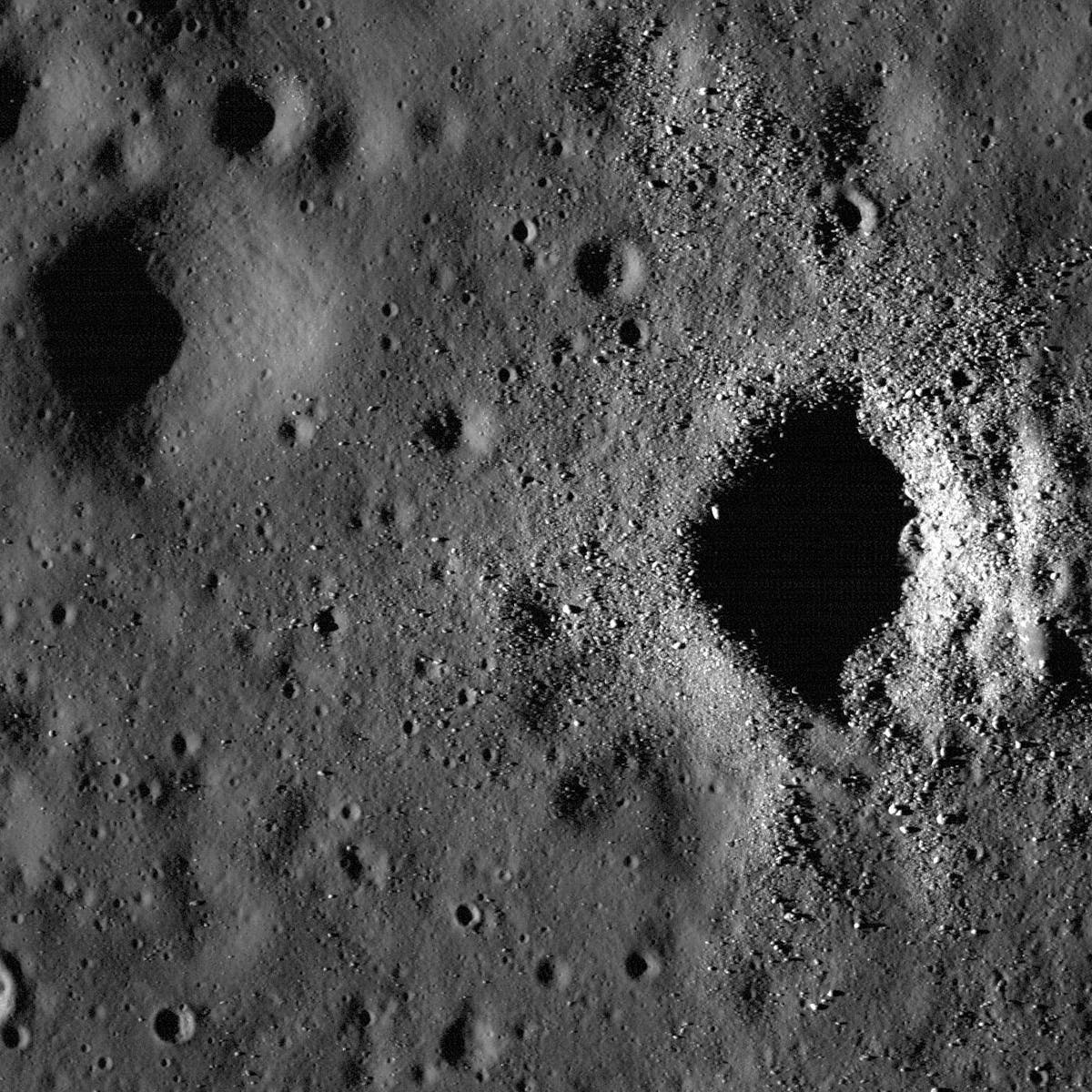 China’s Chang’E-5 lunar lander made the first ever on-site measurement of water in lunar soil in 2020, but questions remained about where the water came from.

In a new paper published in the journal Nature Communications, researchers analyzing the samples on Earth have an answer as to where the water came from: The Moon.

It’s not as obvious an answer as it seems.

Water and hydroxyl — the latter consisting of a single hydrogen atom paired with an oxygen atom, instead of the two hydrogen to one oxygen of water — had been found in samples of lunar regolith taken by the Apollo program. Chang’E-5 also detected hydroxyl in its lunar rock and soil samples.

Hydroxyl often results from water chemically interacting with other material, but can also be formed by chemical reactions, and some theories hold that the hydroxyl resulted from hydrogen atoms carried by the solar wind interacting with the lunar soil. Chang’E-5 took its samples during low points in solar wind activity to help minimize the impact of that source of hydrogen on its measurements.

The analysis published Tuesday shows that while one-third of hydroxyl in the Chang’E-5 samples originated in the solar wind, the majority of the hydroxyl was found in a mineral common to Earth and the Moon known as apatite. That means water likely played a role in the crystallization of the lunar magma that formed the basalt rock at the Chang’E 5 landing site in the Oceanus Procellarum region, according to the corresponding author of the study, LI Chunlai of the National Astronomical Observatories of the Chinese Academy of Sciences.

“This excess hydroxyl is indigenous, demonstrating the presence of lunar-originated internal water in the Chang’E-5 lunar samples,” Dr LI said in a statement. “The results accurately answer the question of the distribution characteristics and source of water in the Chang’E-5 landing zone and provide a ground truth for the interpretation and estimation of water signals in remote sensing survey data.”

China’s future lunar missions, Chang’E-6 and 7, will continue the search for signs of water on the lunar surface. It’s a research project with both academic and practical implications, since China, like the United States, hopes to land humans on the Moon in the near future.

“By investigating lunar water and its source, we are learning more about the formation and evolution of not just the Moon itself, but also the solar system,” added Dr LI. “In addition, lunar water is expected to provide support for future human lunar in-situ resources.”

Samsung announces Smart Upgrade program for TVs: Buy a TV for 70% of its price

How China plans to cut its ‘dependence’ on Apple, Microsoft