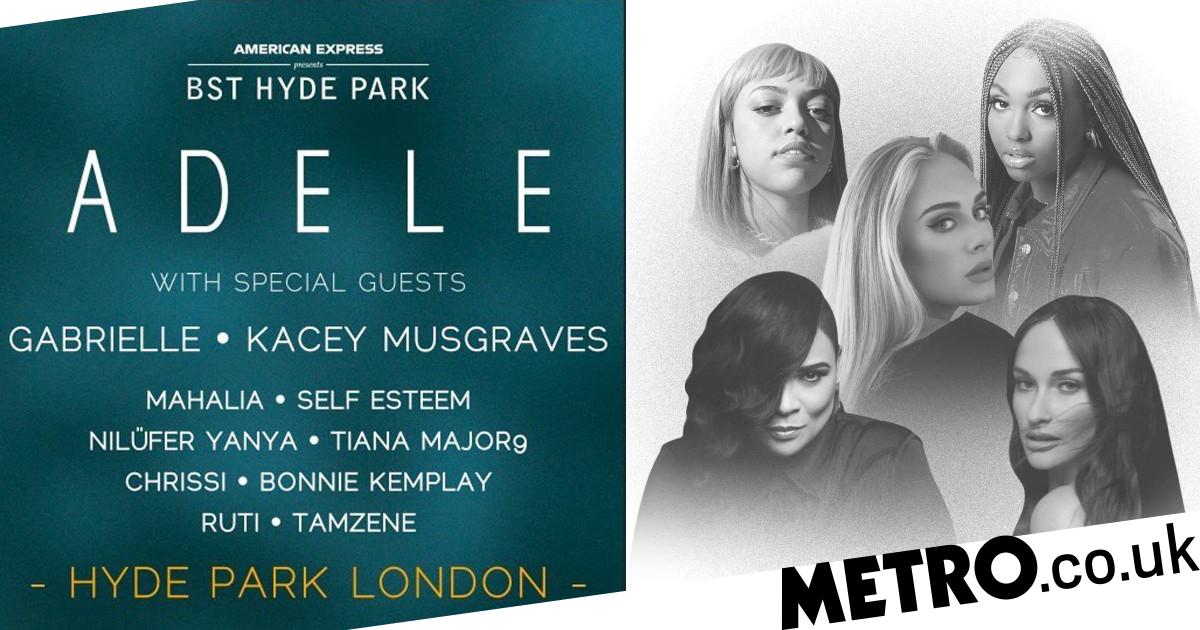 Adele is set to return to the stage next week with what is bound to be a spellbinding set in London’s Hyde Park.

The Easy On Me hitmaker, 34, will play two gigs as part of the British Summer Time shows, marking her first live shows in the UK since 2017.

The Hello songstress – who dropped her latest album, 30, in November 2021 – has promised fans that she will ‘block your socks off’ with an ‘incredible’ feast for the eyes and ears.

She took to Twitter to announce the line-up, and it sounds like Adele herself is just as buzzing as anyone else.

‘The line up for my Hyde Park shows next week is going to blow your socks off!! An all female bill, from new artists that I’m obsessed with to the heavenly @KaceyMusgraves to one of my favourite artists of all time @GabrielleUk who I’ve loved since I was 4!!’, she wrote.