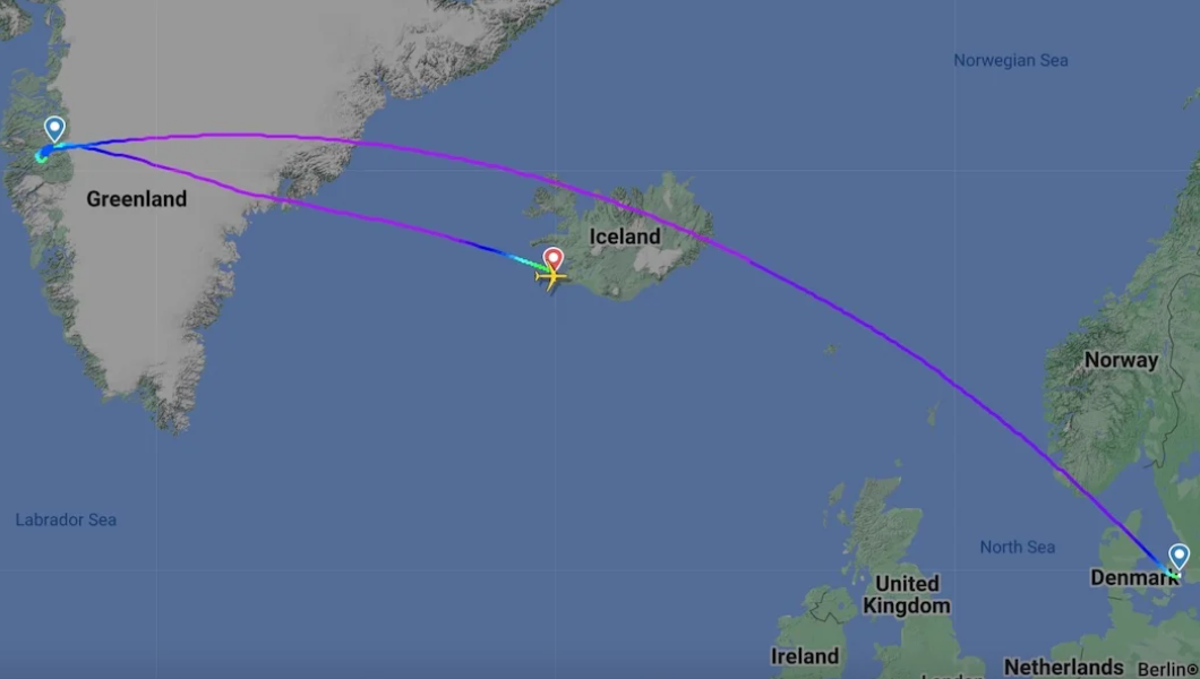 Air Greenland was forced to operate a 10-hour “flight to nowhere” after weather conditions made it impossible to land.

The airline flies one main route, the 2,200-mile journey between the Danish capital of Copenhagen and Kangerlussuaq, Greenland.

It usually takes just under five hours each way – but Greenland-bound passengers on the 21 June service wound up back in Copenhagen 10 hours after setting off.

The first four hours of the journey passed uneventfully; it was only on the approach to Kangerlussuaq that things started to go awry.

Bad weather conditions prevented the jet from landing, and the pilots were forced to fly in a holding pattern above the airport.

After 35 minutes of this, they attempted to land, only to have to abort the manoeuvre at around 2,500ft due to the conditions.

The decision was made to divert the flight to the most suitable diversion airport – in this case, Keflavik, Iceland.

It flew the 800 miles there and landed in order to refuel, touching down 6 hours and 40 minutes in total after taking off from Denmark.

But after pilots received word that the weather had not improved in Greenland, they took the decision to return to Copenhagen – a flight time of 2 hours 27 minutes.

All in all, the aircraft was in the air for just over nine hours, bringing the journey time almost 10 hours including the layover in Iceland.

It’s not the first time an airline has accidentally ended up taking a lengthy route only for the plane to wind up where it started.

In February 2022, Aeroflot was forced to operate an eight-hour “flight to nowhere” after Canada banned Russian planes from its airspace in response to the invasion of Ukraine.

New York-bound flight SU124 departed from Moscow’s Sheremetyevo international airport at 2.40pm on Sunday, 27 February, and flew more than a third of the journey before turning back.

Four hours in, when the Boeing 777 had almost got as far as Greenland, the decision was made to return to Russia.

Cancelled flights: Woman spends three hours wading through luggage at Heathrow Airport after being left without clothes for a week

British Airways summer cancellations: All you need to know