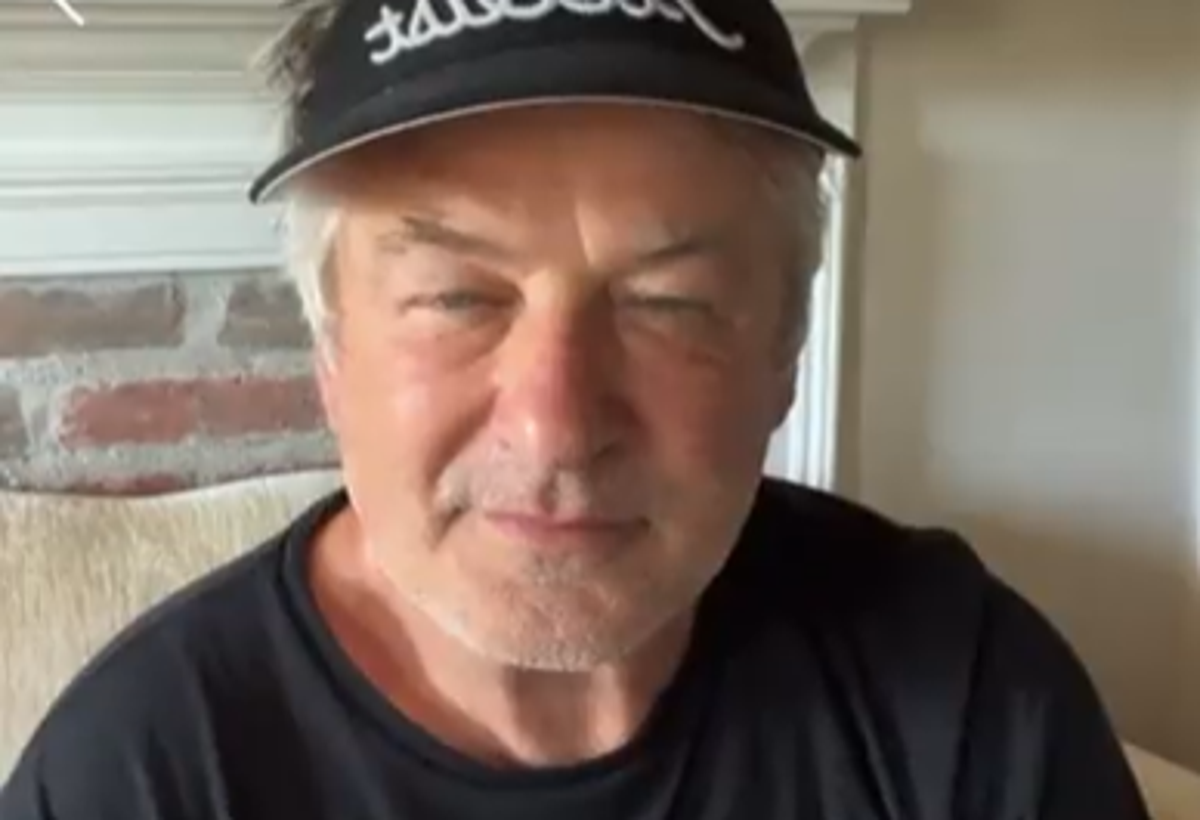 Alec Baldwin left fans perplexed during a chaotic Instagram Live interview with Woody Allen, after he began shouting in Spanish about his barking dogs.

It translates as: “Leonetta! Leonetta! Enough! The dogs! Enough. The dogs. That’s enough!”

It is not known who Leonetta is.

Many fans were amused by the scenes. Spanish-speaking comedian Alexis Pereira posted on Twitter: “Inexplicably interviewing Woody Allen on Instagram Live, watching as Woody loses Wi-Fi, and then getting up to yell something in Spanish that I, a native Spanish speaker can’t understand has surpassed Schweddy Balls as the new funniest thing Alec Baldwin has ever done. God tier.”

Journalist Matt Jacobs and friend Kate Erbland then joked about the moment, tweeting “LEONETTA!” at each other, before Erbland replied: “Prayers up for Leonetta!”

Another commenter wrote: “I think he said pasta pasta I didn’t get enough meatballs in my pasta I don’t think he knows Spanish at all.”

During one of several internet outages on the call, Baldwin could be seen FaceTiming a woman who was with Allen.

“Are they in the room where they have the best Wi-Fi?” he asked her. “This is the second time they’ve shut down.

“They need to be in the room with the best Wi-Fi in the house. What have they got going on there?”

Moments later, an unknown woman walked into the room on Allen’s end of the line, saying: “We just opened a door, it might make a difference.”

Elsewhere in the 45-minute interview, Allen, a frequent collaborator of Baldwin’s, talked about the future of his film career.

Baldwin has worked with Allen on a number of films, including To Rome with Love, Alice and Blue Jasmine.

When Baldwin first announced to his fans that he would be interviewing Allen, he stated that he had “ZERO INTEREST in anyone’s judgments and sanctimonious posts here”.

“If you believe that a trial should be conducted by way of an HBO documentary, that’s your issue.”

Baldwin was referring to the Allen v Farrow documentary that came out on HBO in February last year.

It includes a never-before-seen home video of Allen’s adopted daughter Dylan Farrow when she was seven years old, talking about Allen allegedly sexually abusing her.

Allen has denied the allegations, calling them “untrue and disgraceful”.

Baldwin, himself, has been at the centre of controversy in recent months after a gun held by the actor on the set of Rust went off in October 2021, killing cinematographer Halyna Hutchins.

The movie’s director Joel D’Souza was also injured in the shooting, which sparked widespread scrutiny over gun safety protocols on Hollywood film sets.

There was more to Olivia Newton-John than just Grease