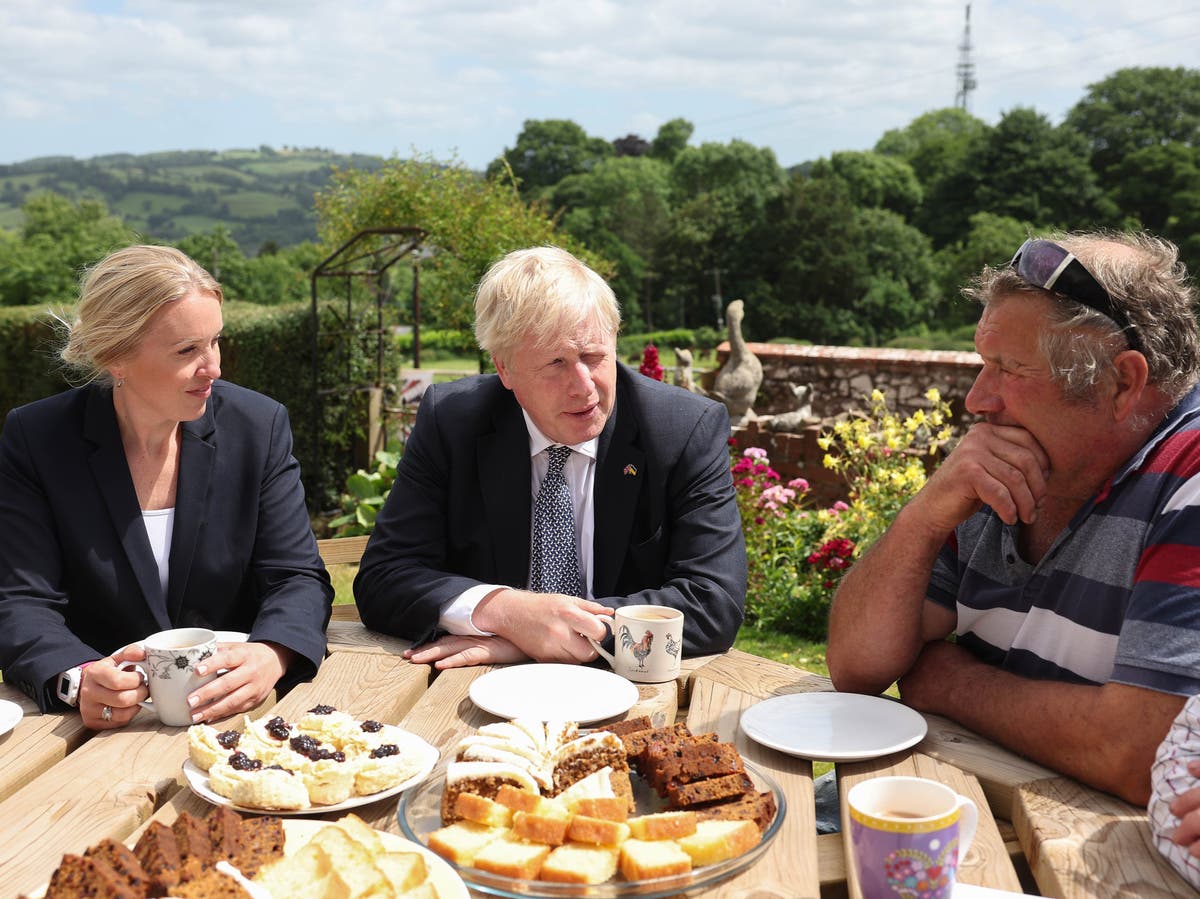 A furious war of words has erupted after allies of Boris Johnson accused Tory rebels of almost certainly guaranteeing defeat in two crucial by-elections by “poisoning the well”.

In comments that will risk alienating Tory MPs further they also insisted that the results would make no difference to Mr Johnson’s position as Conservative leader, because they were now “priced in”.

Opponents of the prime minister hit back denouncing what they said was a “desperate attempt at deflection”.

Within hours of Mr Johnson’s narrow victory in a confidence vote this week his critics warned the prime minister he was on borrowed time and faced a key electoral test on June 23.

Earlier, in an eleventh hour effort to save his job, Mr Johnson had promised Tory MPs that if they stuck with him he would win again for the party.

But many MPs fear the public backlash over the partygate scandal means Mr Johnson is now an electoral liability who will lose them their seats at the next election.

They expect that will be made clear when the party loses two key elections at opposite ends of England this month.

Just 24 hours before it was confirmed Mr Johnson would face a vote of no confidence last week a damning poll suggested the Tories are on course for a crushing defeat in the Wakefield by-election, trailing Labour by 20 points.

The Liberal Democrats are hoping for a major upset in the seat, that would see them overturn the current 24,000 Tory majority.

During the same visit Mr Johnson campaigned in Cornwall, where he again tried to draw a line under the most tumultuous week of his premiership by emphasising his desire to increase home ownership.

But even as he appeared at the Royal Cornwall Show in Wadebridge, a Conservative MP warned the party was suffering from “complacency” and “exhaustion”.

A day after a set-piece speech by Mr Johnson designed to outline policy ideas to steady his premiership, Andrew Bowie, the Tory MP for West Aberdeenshire and Kincardine, wrote on the ConservativeHome website: “Where’s the big idea?… What’s the offer to the country?”

One minister and ally of Mr Johnson said the result of the by-elections was now “priced in”.

They would not be a chance for the prime minister to prove that he can still win elections because rebels have “poisoned the well”, he said.

“They held a confidence vote in the prime minister basically two weeks before the vote and then they expect people to go out and vote Conservative?

“As if they have not seen all the attacks on the leader of the Conservatives from his own MPs? They have absolutely poisoned the well.”

He added: “He (Boris) will win again. But this is not it. What did they think they were doing holding a vote of no confidence at this stage in two election campaigns?”

One leading rebel accused allies of Mr Johnson of “most blatant and desperate attempt at deflection”.

Another critic of Mr Johnson, Tory MP Sir Roger Gale said: “They would say that wouldn’t they? The polls in the by-election seats were appalling before the vote of no confidence in the prime minister. And they were appalling because of the prime minister’s behaviour. Yes of course they will try and blame absolutely anybody other than themselves. This is an administration that is in denial”.