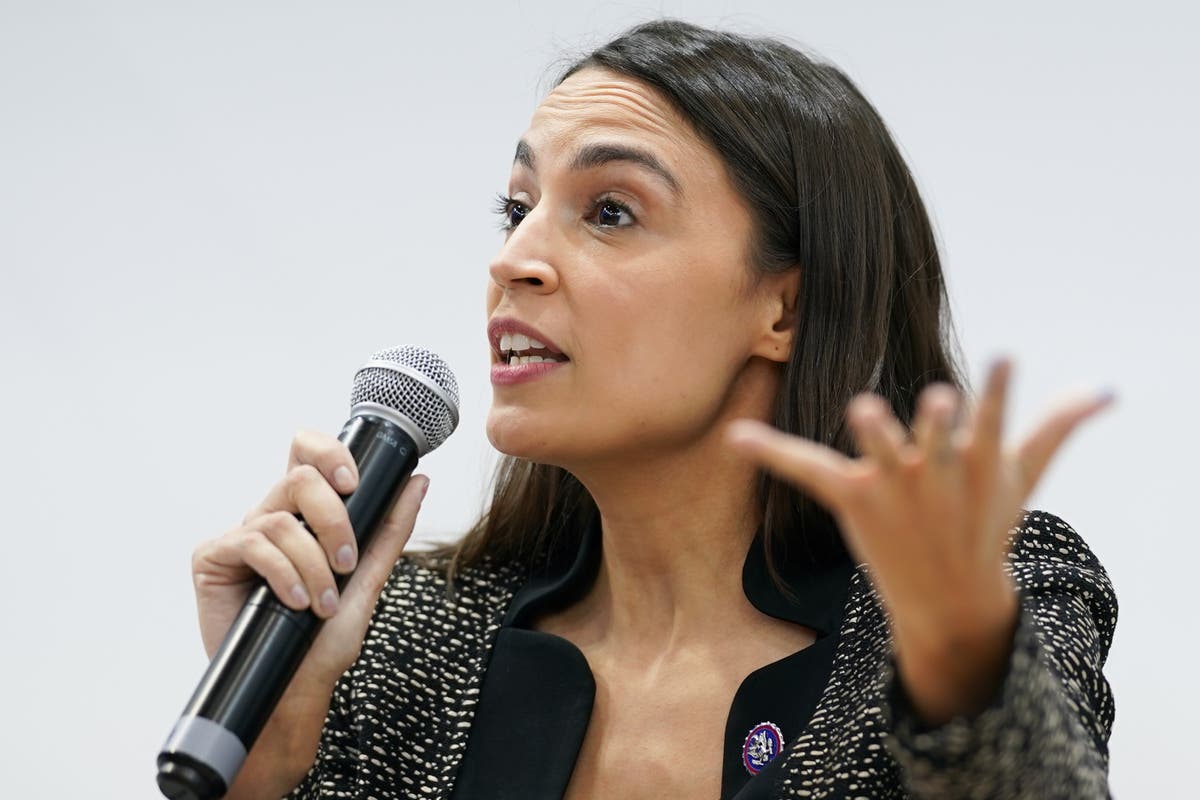 Representative Alexandra Ocasio-Cortez went live on Instagram on Thursday to react to the first public hearing of the 6 January riots. She hit out at the GOP for “running away” from the issue and said we are “on the precipice of fascism”.

Ms Ocasio-Cortez told her followers that the behaviour that led to the Capitol riots continues to be “encouraged” and hit out at GOP leaders for “pretending” like the incident never happened.

“Virtually nothing has changed,” the New York representative said. “That behavior continues to be encouraged. We are on the precipice of fascism. No law has been passed to prevent this from happening again.”

“I dislike lesser of two evils politics just as much as anybody else, but this isn’t even close,” she said. “This is about whether we’re gonna have a democracy or not. I’m pissed. I’m pissed because they’re pretending this never happened.”

The Democrat also said the Republican party “has only grown more supportive and defending of what happened on that day with time”.

“And since then, they’ve only committed harder to the lie,” she added.

She also tweeted her reaction to some never-before-seen footage of the Capitol riot that the hearing was shown on Thursday.

A compilation of tapes of the attack showed new images of rioters as they assaulted police officers, broke windows, and stormed the Capitol to disrupt Congress’ certification of Joe Biden’s victory.

In the video, members of US Capitol Police were heard desperately calling for reinforcements as they were viciously attacked by a massive mob of Trump supporters, who were seen smashing windows, striking officers, and wrestling with metal barricades.

Ms Ocasio-Cortez specifically took aim at Colorado representative Lauren Boebert while recalling her own experience of that day in January 2021.

“Look at this footage. Lauren Boebert was tweeting the Speaker’s location as this was all happening. When I spoke of my fear of being raped again while locked in my office bathroom, Tucker Carlson mocked it. So did Boebert. Nancy Mace insinuated to her supporters it was a lie,” she wrote.

“I remember having a confrontation with Mace after what she did. I’m not even going to discuss it right now, but I will never forget that moment for the rest of my life.”