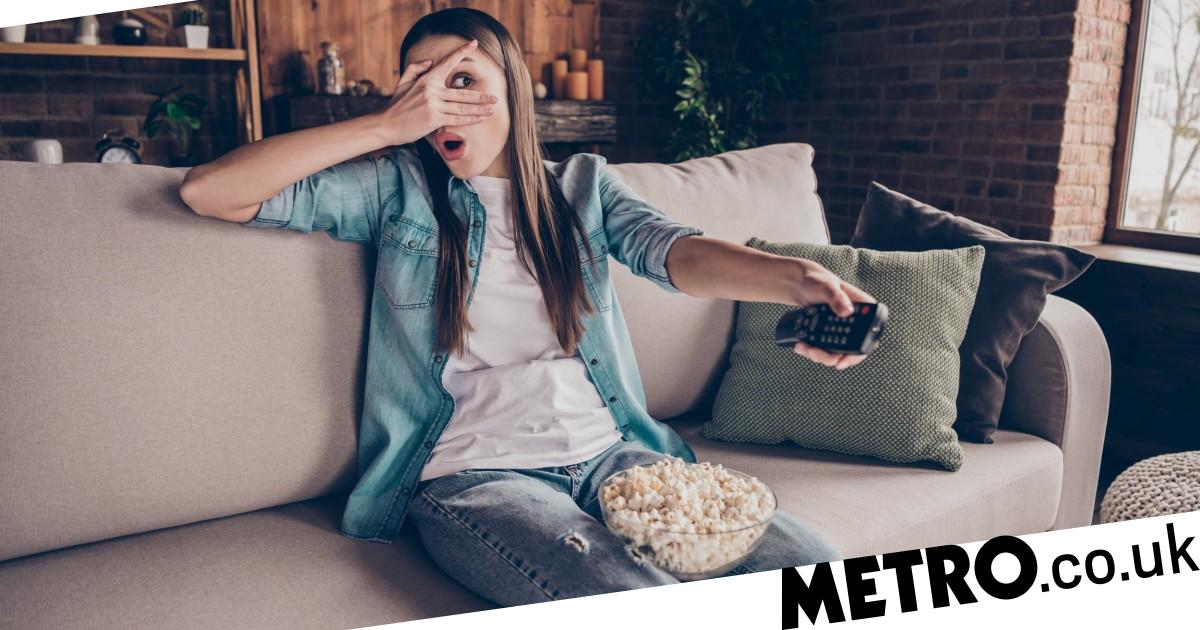 Scaring ourselves silly is a multi-billion pound industry, which is seriously strange when you think about it.

Take horror movies – I love them. But why do so many of us pay to watch strangers being stalked, butchered or, in the case of latest horror phenomenon The Black Phone (starring Ethan Hawke), kidnapped by a grinning masked stranger, locked in a soundproof basement and traumatised by the bloody ghosts of dead children, all in the name of entertainment?

Put like that it’s no wonder I couldn’t persuade my husband to come to the premiere of the movie, which is now out in cinemas. Where he finds horror – well – horrifying, I’ve always found it weirdly comforting. And, according to psychologists, I’m not the only weirdo to feel that way.

Where some people approach horror movies like a white knuckle rollercoaster. Their buzz comes from the intense, heart-pounding, muscle-tensing thrill of watching, say, a chainsaw-wielding serial killer chasing a screaming girl through a graveyard. But that adrenaline junkie fix is not really my bag. I’m a total wuss when it comes to theme park rides.

However, if you delve deeper into the science, you discover a complex matrix of reasons why we get off on being scared.

The basic thing to get your head around is that the brain can’t distinguish between fantasy and reality. The same response is triggered if we see something in real life or on a screen.

And when we subject ourselves to fictional fear our brain has two ways of dealing with threat. One is a risk assessment that mediates potential threat – the dread of what might happen. The other is called ‘flight, fright, freeze’ which deals with clear threat and mediates terror.

For example, if you’re watching a Paranormal Activity movie where a character hears a bump in the night, the first thing that kicks in is that risk assessment – is it the wind? A cat? A creaking cupboard? NO! It’s an big evil gremlin! Run! At which point your brain flicks to ‘flight, fright, freeze’ mode of sheer terror.

Horror movies keep you hovering between these two states. Some go heavy on the slow-build apprehension, where others, the Halloween-style slasher flicks, will suddenly get Michael Myers jumping out at you with a dirty great axe.

Sounds relaxing, no? Well, it is, ironically. Particularly if, like me, you’re a naturally anxious person. The big addictive dopamine rush for me comes in what psychologists call ‘the relief of non-punishment’ – the euphoric ‘phew!’ kind of fist-pump that I survived. Followed by the soothing ‘rest and digest’ neuro-chemical release to calm down my brain.

But what I hadn’t clocked until I started researching this is that for us anxious types horror movie presents a very controlled risk challenge.

It’s an experience that seems harmful that I can emerge from feeling stronger and more capable. More able to cope with the dangers of the real world. After all, I’m far smarter than those dimwits on screen going ‘Just going to check out that noise in the basement – I’ll be right back…’

‘Horror fans are essentially building a toolkit of how to deal with feeling anxious or afraid’ wrote research scientist Coltan Scrivner, who co-authored a 2021 study by the Department of Comparative Human Development at the University of Chicago which showed that horror fans proved more resilient and less psychologically distressed than others during the Covid-19 pandemic.

It turns out, you see, that horror films are actually beneficial for your mental health. Your GP should prescribe it. Next time you’re feeling anxious? Watch Cannibal Holocaust 3. It’ll sort you right out.


MORE : Rory Kinnear on ‘giving birth’ to himself multiple times in new horror film Men: ‘It must be a terrifying experience for someone to watch’


MORE : Sorry kids, Eeyore gets killed and eaten in Winnie-the-Pooh horror film, according to director


MORE : Chris Hemsworth fans shocked to discover Netflix’s Spiderhead movie after ‘lack of promotion’: ‘One of his best performances’