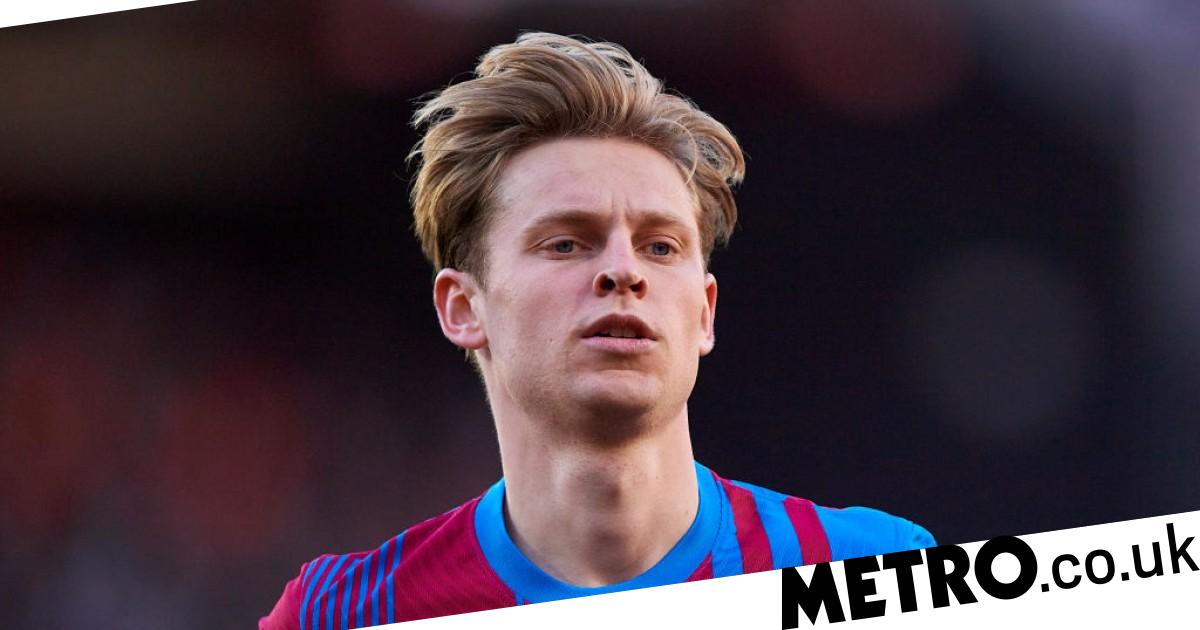 There is an increasing sense around Barcelona that Frenkie de Jong must be sold this summer with the club’s hierarchy now extremely unlikely to back away from negotiations with Manchester United, according to reports.

The midfielder is new Red Devils boss Erik ten Hag’s top transfer target for the summer, though the club are adamant they will not be held to ransom with some reports previously suggesting Barca were holding out for £86million.

But the Catalan side now accept a fee of that size is not realistic and United are hopeful an imminent second bid for De Jong, which will be officially submitted in the coming days, could unlock negotiations.

United have always wanted to secure a deal that reflects Barcelona’s desire to sell the Dutchman and now the Spanish side appear resigned to accepting that stance.

According to Sport, Barca’s hierarchy have now decided that De Jong must be sold – even though their members last week voted to sell part of its retail arm to raise funds.

Despite that looming cash injection, Barcelona still need to generate money from player sales and De Jong represents their most sellable asset, particularly with United primed to make an offer roughly equivalent to what Barca paid three years ago.

The departure of the 25-year-old, though regrettable, would allow Barca to push ahead with deals for Robert Lewandowski, Jules Kounde and even Bernardo Silva.

With the fee for De Jong so integral to their summer transfer plans, Sport’s report claims there is now ‘no way back’ for the Dutchman at Barcelona and a move to United is becoming increasingly inevitable.

Moreover, despite Barca’s hierarchy previously suggesting he would only be sold for ‘sporting reasons’ – that is to say, if he was not part of Xavi’s plans – the decision is now firmly and solely a financial one.

Nevertheless, despite that position, the Catalan club will still want to land a sizeable fee and United’s new bid will have to be a significant improvement on their opening offer of £51m plus bonuses.

Although De Jong himself was not initially keen on a switch to Old Trafford – even underlining how happy he was at Barca in multiple interviews – he is believed to have held positive talks with Ten Hag.

The new United boss was an integral part of De Jong’s career, managing him for several seasons at Ajax, and the head coach believes his former charge can be absolutely crucial to imposing his style of play and philosophy on the underperforming team he has inherited.

United are yet to make a signing this summer and are fully focused on striking a deal with Barcelona at the moment; when they have managed that, they will then switch their attention to securing the likes of free agent Christian Eriksen and Ajax winger Antony.