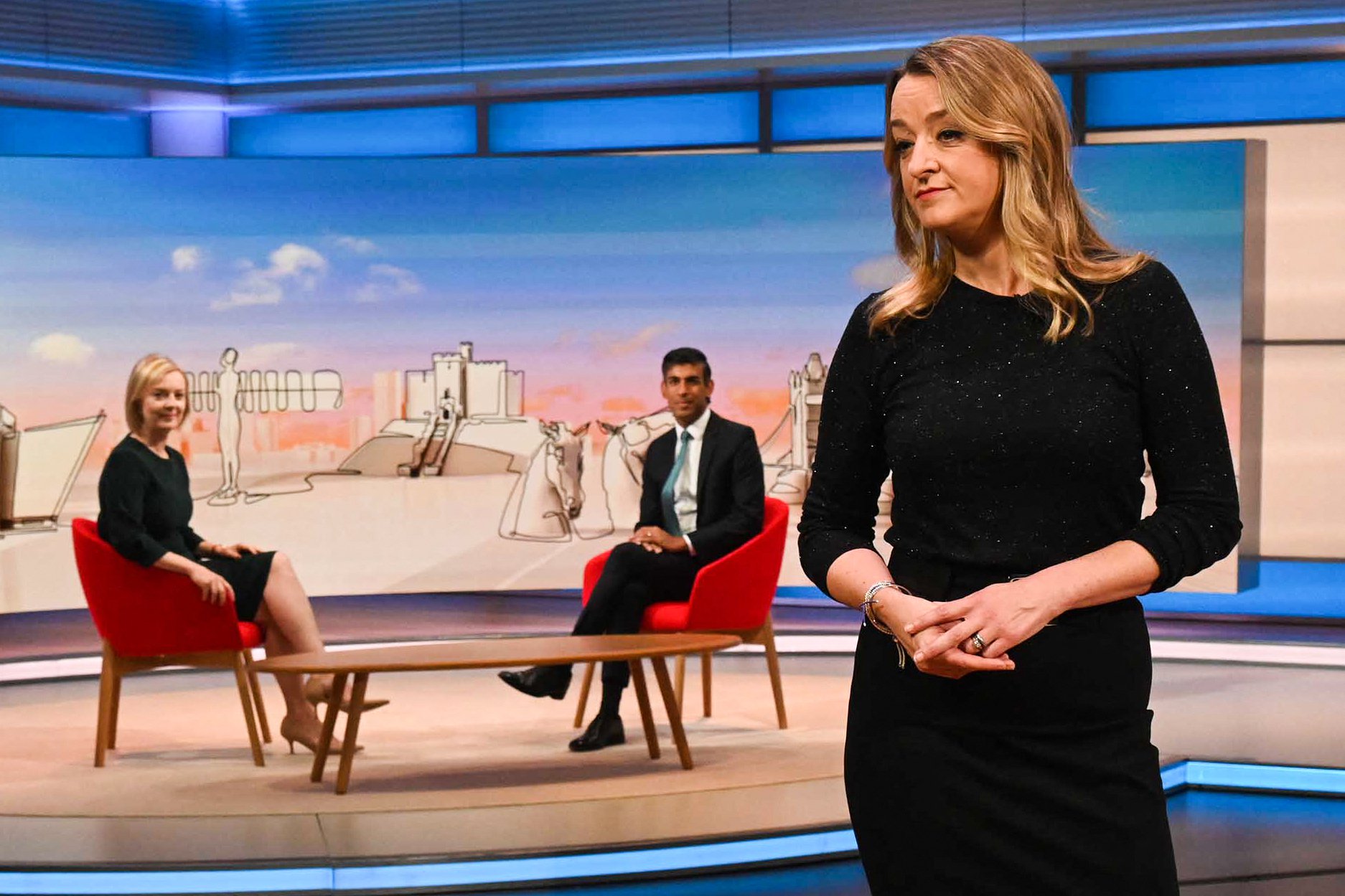 The BBC Director-General indicated there will be closer scrutiny of guests booked on Laura Kuenssberg’s Sunday political show after comedian Joe Lycett’s controversial appearance left the host in a “difficult situation”.

MPs on the Culture Select Committee asked Tim Davie if it had been a mistake to book Lycett, who mocked Liz Truss, clapping her after an interview, before claiming to be “very right wing” and supportive of her policies.

Mr Davie admitted that Lycett’s presence was “frankly bemusing” and said the production team “hadn’t got everything right” on the first Sunday with Laura Kuenssberg.

“We can debate the merits of that particular booking – I don’t think it displayed BBC bias in the slightest. The audience saw it for what it was,” said Mr Davie, who disclosed that the corporation received 66 complaints after the show.

Insiders say producers will now be more cautious about allowing comedians to potentially derail the programme.

Lycett “may not be the next booking we make,” and the team would “keep learning and adapt” the show after “throwing everything at” its launch edition, Mr Davie told MPs.

He added: “What I would say is Laura conducted herself as the BBC host in an exemplary fashion in a slightly difficult situation. We move on.”

Tory MP Steve Brine said there ought to have been “a conversation before output where someone says, ‘You know what, a new show, new start, new term, let’s not book Joe because we know what Joes’s going to deliver.’”

Asked if mocking politicians had a place on TV, Mr Davie said it was “essential in a democracy” that the most powerful figures in society are subjects of satire on the BBC.

Appearing alongside the Director-General, BBC Chairman Richard Sharp rejected comments made by Emily Maitlis after her recent criticism of the corporation for reprimanding her over her Newsnight introduction about Dominic Cummings.

Maitlis suggested the BBC had caved in following a call from Downing Street. Mr Sharp said Maitlis was “completely wrong” to suggest that “due process wasn’t followed”.

Davie added: “I can categorically tell you that taking a call from a politician doesn’t make us say, ‘We need to change something.’”

The chairman also said that Maitlis appearing to describe BBC board member Sir Robbie Gibb as an “active agent of the Conservative Party” within the BBC was “completely wrong” and he was “disappointed” the former BBC presenter had made that point.

Mr Davie defended Gary Lineker’s right to continue tweeting on politically sensitive topics, saying the Match of the Day presenter was “not at the standard of a news and current affairs executive” in his social media interjections. Lineker was a “work in progress” in terms of “where to draw the line” on Twitter, he added.

‘The Lord of the Rings: The Rings of Power’ Episode 4 Recap: Who is the Burned Elf?