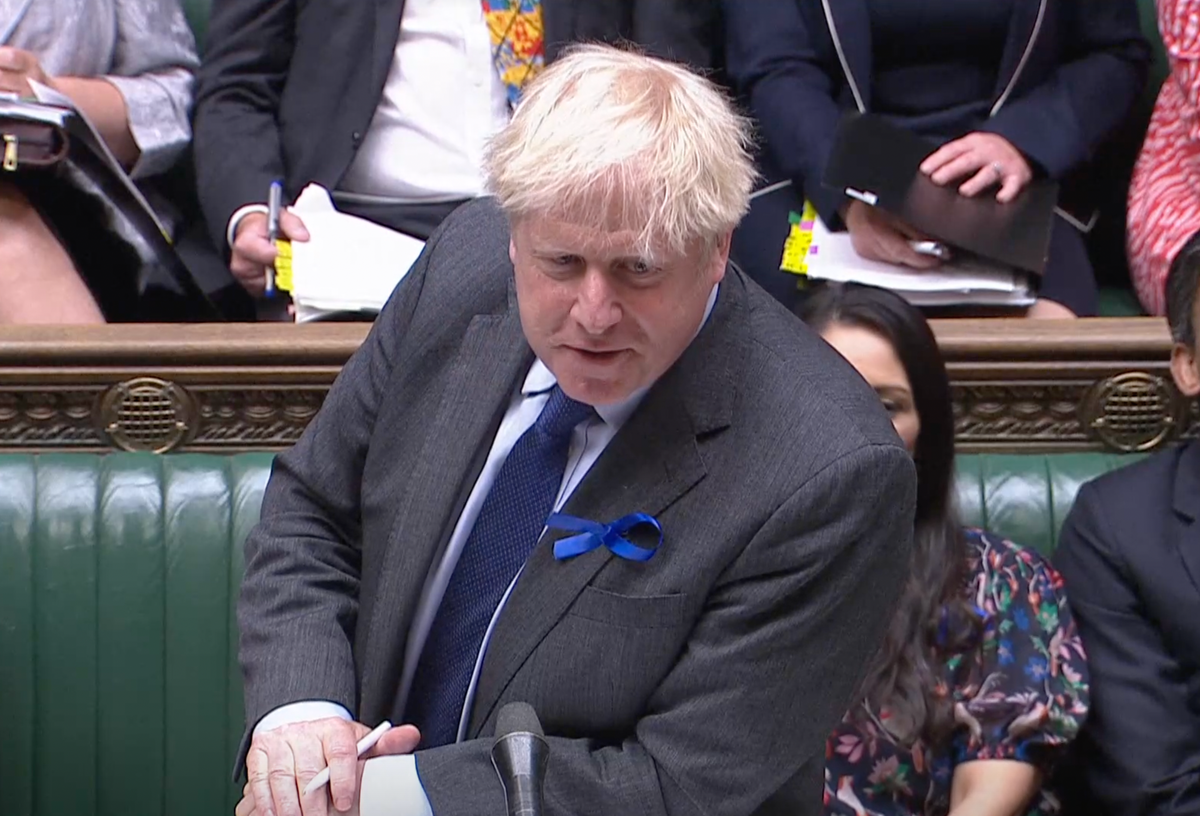 Boris Johnson has failed to deny he offered his lover Carrie Symonds a top job while foreign secretary, when challenged in the Commons.

The prime minister ducked the question – which follows an allegation that he had to be stopped from making his future wife his chief of staff.

There is growing pressure for an inquiry into the claims that, in 2019, Mr Johnson repeatedly pressed for Ms Symonds to be picked for the £100,000 taxpayer-funded job.

But there is no-one to carry out the probe – after his ethics adviser quit last week, over a separate plan to breach the ministerial code, Christopher Geidt alleged.

In the Commons, the Labour MP Chris Elmore asked Mr Johnson: “Has he ever considered the appointment of his current spouse to a government post or to any organisation in one of the royal households?

Mr Elmore added: “Be honest prime minister – yes or no?”

But the prime minister evaded the question, saying: “I know why the party opposite wants to talk about non-existent jobs in the media because they don’t want to talk about what’s going on in the real world.”

Downing Street has repeatedly refused to answer questions about the controversy, since the allegation was made at the weekend.

It has also stalled on replacing Lord Geidt, leaving a vacancy which means there is no watchdog to police alleged breaches of the code laid down for all ministers.

A former Foreign Office minister, Alan Duncan, said he was told that Ms Symonds – then in charge of communications t Conservative party headquarters (CCHQ) – was being lined up for a special adviser role in the department.

“For someone slightly unproven who knew nothing about foreign affairs to come straight out of CCHQ and into the Foreign Office was rather noticeable,” he said.

The chair of the Commons standards committee, Chris Bryant, has called for the “paper trail” behind the controversy to be published.

“It is manifestly corrupt to appoint your lover as a Spad [special adviser],” he wrote on Twitter. At the time, Mr Johnson was still married to his second wife, Marina Wheeler.

It has also been alleged – and not denied – that the then-foreign secretary suggested environmental roles for Ms Symonds in autumn 2020, either for the Cop26 summit or with the Royal Family.

The Daily Mirror reported one idea was to line her up as communications director for the Duke and Duchess of Cambridge’s Earthshot Prize.

It was suggested he wanted Cabinet Secretary Simon Case, who had previously been Prince William’s private secretary, to “take soundings”.

But Mr Johnson’s closest advisers were said to have vetoed both suggestions, warning either position could undermine his wife’s status as a private citizen.