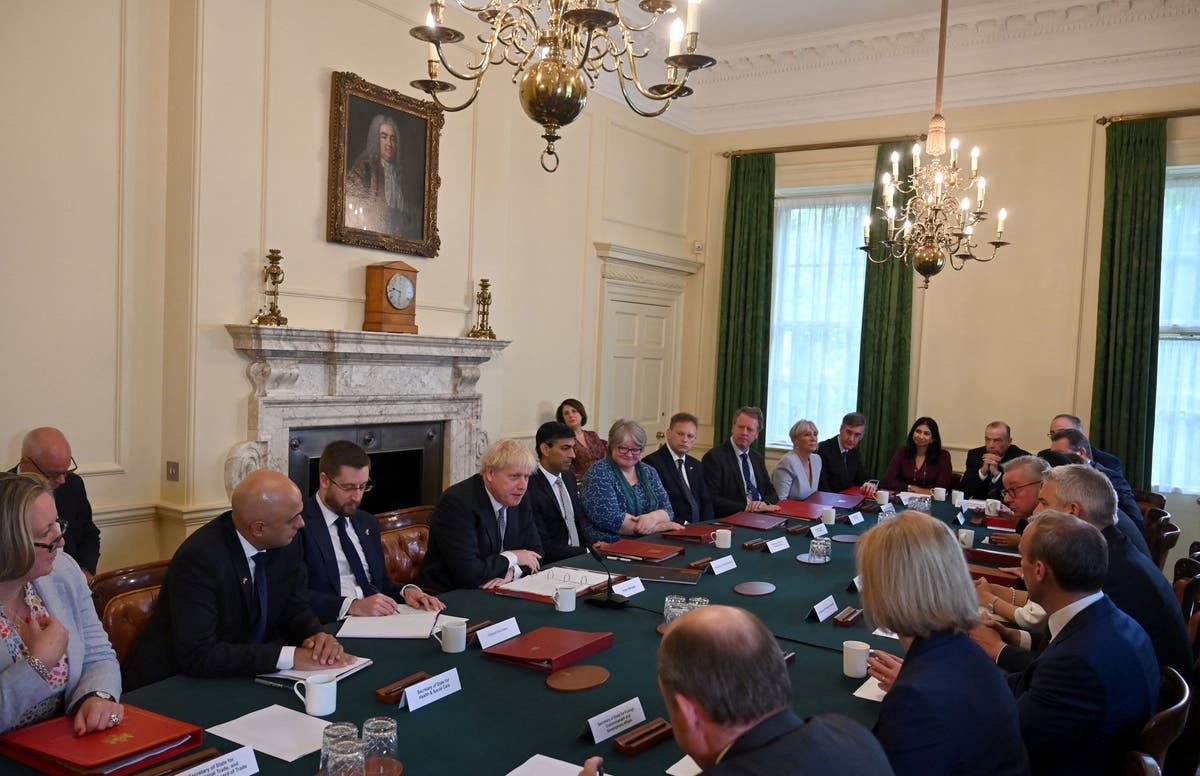 Boris Johnson is clinging to power by a thread after the twin resignations of his chancellor and health secretary over the Chris Pincher scandal plunged him into his biggest crisis yet.

The disintegration of the cabinet – long seen as the event most likely to force the prime minister out of No 10 – dramatically cut the odds on his premiership ending within months, or even weeks.

Sajid Javid, the health secretary, walked out telling Mr Johnson the Conservative party is “bigger than any one individual” – while Rishi Sunak, the chancellor, protested that “standards are worth fighting for”.

Earlier, No 10 had admitted the prime minister knew a misconduct complaint had been upheld against Mr Pincher when he promoted him to the whips’ office, triggering an eruption of Tory anger.

The resignations came just moments after a grovelling apology by Mr Johnson for the “mistake” of promoting the minister – a move No 10 had spent five days defending.

Keir Starmer said it was clear “clear that this government is now collapsing” and lashed out at ministers who had been “complicit” as the prime minister “disgraced his office”.

Bim Afolami, a vice chair of the Tory party resigned dramatically on air, and David Frost, the former Brexit minister, called on Mr Johnson to go.

But other cabinet ministers rallied around to stem the bleeding, including Liz Truss, Dominic Raab, Michael Gove, Nadhim Zahawi and Kwasi Kwarteng.

Jacob Rees-Mogg brushed off talk that the end was near, arguing the prime minister had only made “a minor mistake” and saying: “Losing chancellors is something that happens.”

The dual resignations came after the tactic of filming cabinet meetings backfired when its members were captured with worried, gloomy faces – prompting speculation that a revolt was near.

Senior Tories had urged Mr Johnson’s top team to pull the plug on his premiership, as party rules prevent – for now – a second no-confidence vote for one year.

“Backbenchers have done all they can. It is up to the cabinet to decide if they will put up, or if they will continue to shut up,” the former health minister Steve Brine told The Independent.

Nick Gibb, the respected former schools minister, likened the situation to the crisis in the US where “you worry whether democracy is safe”, as he also urged the cabinet to act.

“We have to make sure that doesn’t happen in this country. We have to get rid of the rot in our political system,” he told BBC Radio 4.

Tim Loughton, another former anti-Johnson minister, said: “At last, we’ve got two very senior cabinet ministers who have absolutely done the decent thing. And I hope this will now set the course that we do need, a change of leader at the top.”