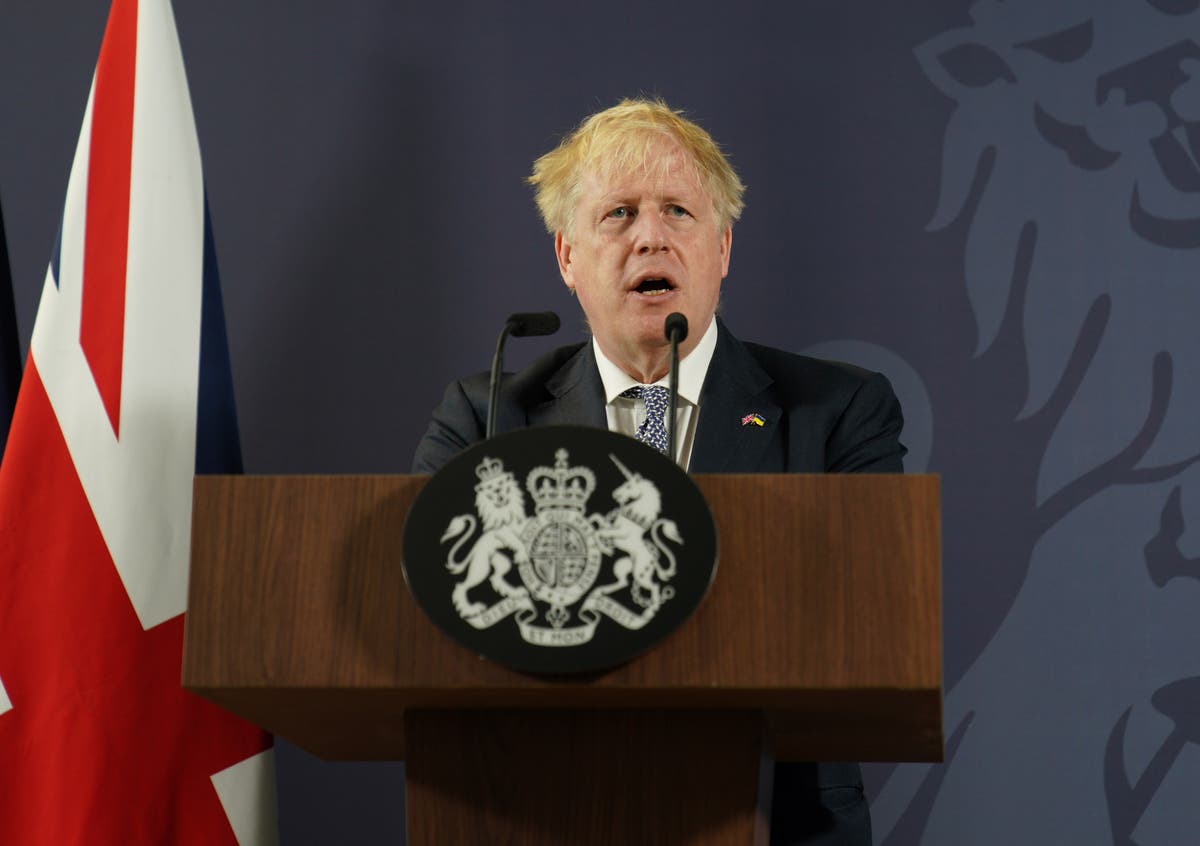 Boris Johnson’s action on the Northern Ireland protocol is a “clear breach” of international law, the vice president of Sinn Fein has said.

The legislation published today will give ministers powers to override elements of the protocol and give Britain new powers in the region on tax and state sudsidies.

Speaking to a news conference on Monday reacting to the plans, Michelle O’Neill said: “All that Boris Johnson is doing today is to further political instability and create even more economic uncertainty for the days and weeks ahead.”

Asked if she thought the prime minister’s plans to override the Northern Ireland protocol were illegal, Ms O’Neill said: “Yes. Boris Johnson’s action is in clear breach of international law.

“Regardless of the detail, he himself signed up to an agreement, he signed on the dotted line, and he is now legislating to breach that international agreement.”

Maroš Šefčovič, the EU’s Brexit commissioner, said the UK’s unilateral action goes directly against the spirit of the Brexit deal, describing it as “damaging to mutual trust”.

“As the first step, the commission will consider continuing the infringement procedure launched against the UK government in March 2021. We had put this legal action on hold in September 2021 in the spirit of constructive cooperation to create the space to look for joint solutions.”

He told colleagues that his officials are pursuing a number of potential retaliatory measures, including drawing up a list of British goods that Brussels could hit with trade tariffs.

The EU could also consider ending financial equivalence for the City of London to European markers, sources told the Telegraph.

The Johnson government has said that it is relying on a “doctrine of necessity” that provides a “clear basis in international law to justify the non-performance of international obligations under certain exceptional and limited conditions”.

Church of England leaders joined opposition parties to condemn the government’s plan to send asylum seekers to Rwanda, describing it as an“immoral” policy that “shames Britain”.

In a letter to The Times, the Archbishops of Canterbury, York and 23 other bishops wrote that no attempts were made by the government to “understand the predicament” of the affected.

“The shame is our own, because our Christian heritage should inspire us to treat asylum seekers with compassion, fairness and justice, as we have for centuries,” it said.

The first flight to take asylum seekers to Rwanda is set to leave the UK after two legal challenges failed in their last-ditch attempt to halt the controversial deportation policy.

The government has justified the deportations by saying that it was compliant with Britain’s national and international obligations and was necessary to combat the activities of the human trafficking gangs.

A lawyer who attended a protest outside the Home Office has said there is “righteous anger” at the Government plan to send some asylum-seekers to Rwanda.

Hundreds of protesters took part in a demonstration outside the Home Office in Westminster on Monday.

Lauren Chaplin, 28, who works as a lawyer in London, attended the protest and called the controversial Government policy “violent and repressive”.

The first Rwanda deportation flight appears to be in doubt after a series of legal challenges have pushed the number of asylum seekers booked onboard into single figures.

The Care4Calais group said only seven people were approved for removal on Tuesday’s flight after sucessful individual challenges in recent days.

Up to 130 people were told they could be sent to Rwanda under home secretary Priti Patel’s highly controversial scheme. But the Home Office said last week that 31 people were due to leave on the first flight.

The government has appointed the founder of Just Eat as its new “cost of living business tsar”.

The Cabinet Office said David Buttress, former CEO of the online food delivery service, will work with the private sector to develop new business-led initiatives to help people struggling with the squeeze on living standards.

Announcing the appointment, Cabinet Office minister Steve Barclay said Mr Buttress would bring a “wealth of experience” and the “vigour and ingenuity of business” to the role.

“Businesses and organisations across the country have stepped up time and time again when the nation needs it most. The financial pressures people are facing as a result of current global challenges will be no different,” he said.

What is the government’s food strategy and why is it under fire?

The government has published its new food strategy which aims to tackle rising food costs and obesity levels.

The strategy sets out what the government will do to deliver “healthier, more sustainable and affordable diets for all”.

It follows the government-comissioned independent review of the food system known as the National Food Strategy, led by restauranteur Henry Dimbleby.

Boris Johnson pledged the blueprint, being launched in a white paper on Monday, will “back” British farmers.

Charities who hoped a last-ditch legal bid to halt migrant deportations to Rwanda have told of their disappointment of its failings, but say they will continue to press ahead with a full legal challenge to the policy due to be heard next month.

“Throughout these injunction hearings, we have heard powerful evidence against this policy and we are confident that, when our full legal challenge is heard in the High Court in July, this government will be forced to abandon this policy and bring back anyone who is ultimately removed,” said deputy director of Detention Action James Wilson.

The government is investigating a £155 million donation to a University of Oxford college from a Vietnamese company.

It comes after concerns were raised in the Commons over Linacre College’s memorandum of understanding with Sovico Group to receive the gift.

The investment group was represented by its chairwoman, Nguyen Thi Phuong Thao.

Last November, the college said it would approach the Privy Council to ask permission to change its name to Thao College, following the first gift of £50 million.

Education minister Michelle Donelan told MPs she is “actively investigating” the matter and could provide an update in the coming days.

The plan to send failed asylum seekers to Rwanda is an “immoral policy” that “shames Britain”, leaders of the Church of England have said.

The Government’s intention is to have some people who have entered the UK illegally flown to the east African country to seek asylum there.

Senior Church of England bishops, including the archbishops of Canterbury and York, have criticised the plan for lacking morality.

A letter to The Times to be published on Tuesday, signed by the Most Rev Justin Welby and the Most Rev Stephen Cottrell, says: “Whether or not the first deportation flight leaves Britain today for Rwanda, this policy should shame us as a nation.”