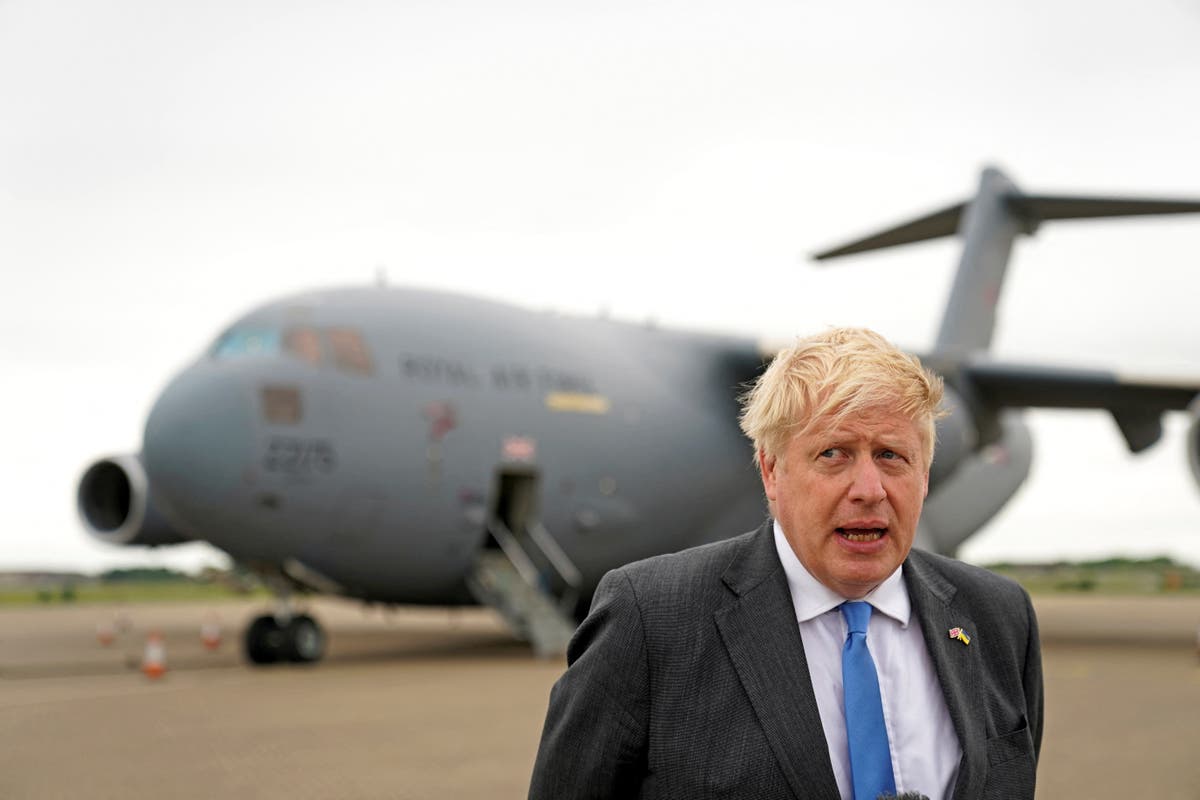 Boris Johnson has insisted Ukraine should be given the opportunity to host the Eurovision Song Contest in 2023 — despite the country’s ongoing conflict with Vladimir Putin’s Russia.

Returning from a surprise trip to Kyiv, the prime minister said the Ukrainians won the 2022 contest “fair and square”, and suggested the European Broadcasting Union (EBU) should reconsider.

In statement on Friday, the EBU revealed it had started “discussions” with the BBC about hosting the annual contest in the UK after concluding that Ukraine would not be able to fulfil “security and operational guarantees”.

Speaking at RAFT Brize Norton on Saturday, Mr Johnson said he believed it should be possible for the music contest to go ahead in the eastern European country despite intense fighting in the east of the country.

“I have just been to Kyiv. I won’t say it is completely jiving and buzzing and popping but it is far, far more lively. People are much more confident,” the prime minister told reporters.

“People are out in the streets eating in cafes and restaurants in a way that they weren’t a even few weeks ago”.

He added: “The Ukrainians won the Eurovision Song Contest. I know we had a fantastic entry, I know we came second and I’d love it to be in this country.

“I hope the European Broadcasting Union will recognise that. It’s a year away, it’s going to be fine by the time the European song contest comes round.”

The Ukrainian entry of Kalush Orchestra won the competition in Turin, Italy this year and it is traditional that the winning country hosts the event the following year.

However, the EBU has stated that following a “full assessment and feasibility study” they have concluded that the “security and operational guarantees” required to host the event cannot be fulfilled by Ukraine’s public broadcaster UA:PBC.

Mr Johnson also told reporters on Saturday that he was concerned Ukraine “fatigue” is starting to set in around the world, with Russia’s invasion now in its fifth month.

“We’ve got to understand Ukrainians are suffering terribly in the east of their country,” the prime minister said.

“The Russians are grinding forward inch by inch and it’s vital for us to show what we know to be true which is that Ukraine can and will win.”

Love Island’s Davide and Ekin-Su recouple and WIN say fans – but there’s a...

Games Inbox: What games should be added to PS Plus Premium?