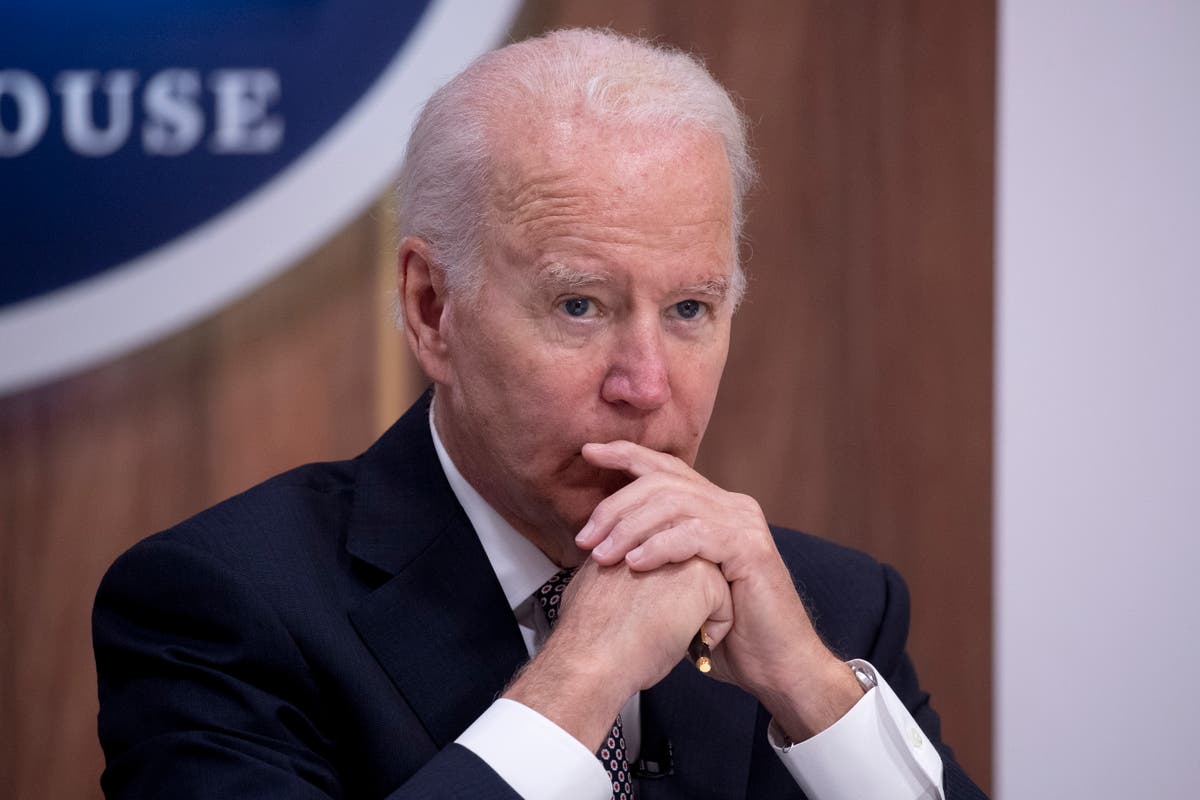 Boris Johnson skipped a virtual climate summit hosted by Joe Biden for world leaders, despite 15 other heads of state and government joining the talks.

The leaders of Germany, Japan, Australia, Canada and Indonesia, and the head of the European Commission, were among those who discussed the climate emergency, amid growing alarm over extreme weather events.

But Mr Johnson sent Alok Sharma, the head of last year’s Cop26 talks in Glasgow, to the online summit – as he opted instead to make a second visit to war-torn Ukraine.

The prime minister, under fire over the departure of his ethics adviser, is facing criticism that he turns to his close alliance with Volodymyr Zelensky at times of maximum political danger.

The decision came as the author of the landmark 2008 Climate Act that first committed the UK to dramatic cuts in CO2 emissions accused the prime minister of “posturing” on the climate crisis.

Bryony Worthington condemned fresh drilling for oil and gas in the North Sea and the government’s continued ban on onshore wind farms, demanded by Tory MPs.

“What we need is a huge focus in making us save energy, back to the good old days of lagging our lofts and making our homes warmer,” she told the BBC.

“We also need to hugely increase our investment in clean electricity, which can be done fast. And the fastest and the quickest will be wind and solar, onshore wind and solar.

“Drilling for more fossil fuels is both a false solution in terms that it won’t deliver in time but it also contributes to climate change – which is going to exacerbate lots of the problems we’re facing.”

The UK still holds the Cop presidency until the next meeting in Egypt in November, a make-or-break event after the failure to strike a deal in Glasgow to avert runaway climate change.

The White House said the Major Economies Forum was designed to advance “efforts to use all levers to tackle the global climate crisis”.

It would also “urgently address rising costs around the world exacerbated by Russia’s war on Ukraine and put the US and allies on a path to long-term energy and food security”.

Mr Johnson’s skipping of the event comes after the US president declined to join a climate meeting the prime minister hosted on the sidelines of the UN General Assembly last September.

A No 10 spokesman insisted Mr Johnson is “leading on climate change” and stressed his “full” commitment to achieving net zero by 2050, as set down in law.