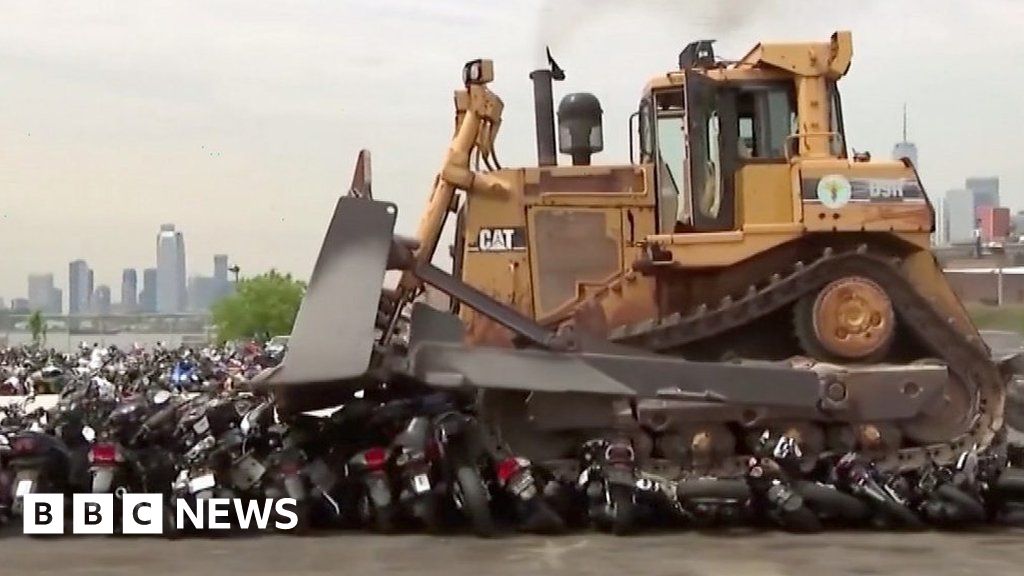 Over 100 dirt bikes and ATVs (all-terrain vehicles) were lined up and crushed by a bulldozer, in New York City.

They were just some of the 2,000 illegal vehicles that seized this year by the New York Police Department, under a promise from Mayor Eric Adams to eradicate the “nuisance” from city.

Dirt bikes and ATVs are designed for unpaved roads and it is illegal to ride them on the city’s streets.