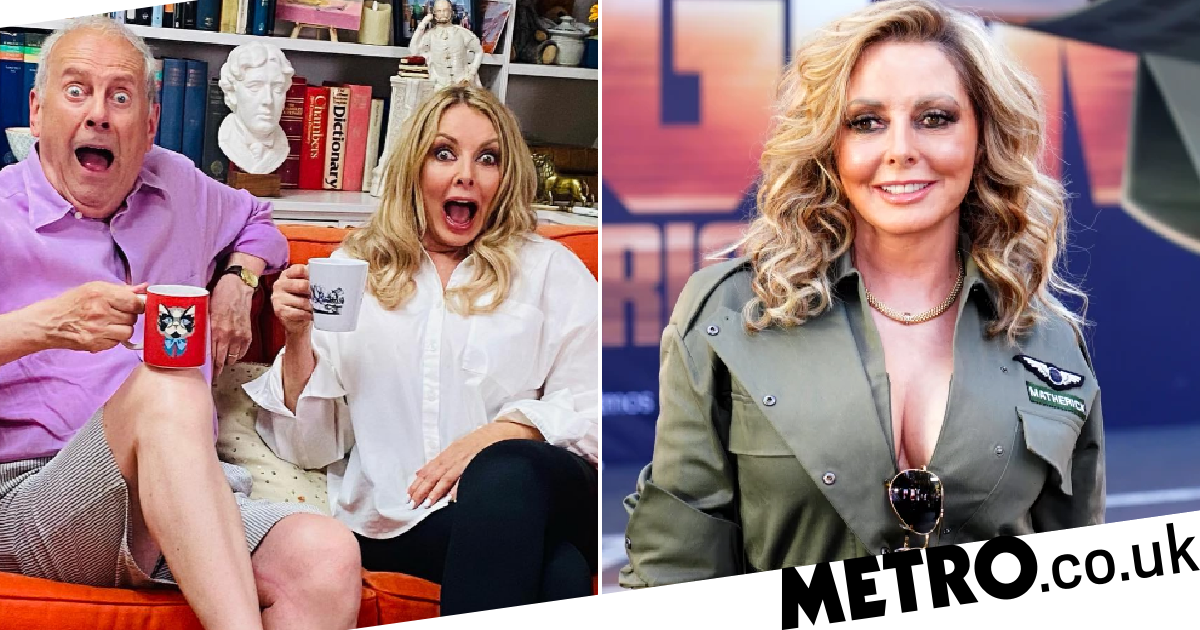 Dame Maureen Lipman has been replaced yet again on Celebrity Gogglebox this time with Carol Vorderman taking her place after she sensationally quit the series last year.

Coronation Street actress Maureen became a favourite with fans, sitting on the couch alongside Gyles Brandeth, however, decided to walk away from the Channel 4 show when producers kept cutting all her best jokes.

Now it’s been confirmed that Carol will be stepping into her shoes and will make her debut alongside Gyles on Friday.

The Countdown legend told fans she and her co-star’s opinions about the week’s TV are ‘no holds barred’.

She added: ‘Watch this week and let me know if you agree….we’re a bit vocal.’

Prior to her appearance, Joanna said: ‘It is a huge honour and crosses something off my long bucket list.’

Gyles added: ‘The last time we watched the box together she fell asleep. I’m hoping that doesn’t happen for Gogglebox.’

Both of his companions were made dames after appearing on Celebrity Gogglebox, and he has his theory as to why.

‘My wife thinks that’s because the Queen must watch Gogglebox and felt Sheila and Maureen deserved a reward for sitting on the sofa next to me,’ he said.

In March, Dame Maureen ruled out a return to the series.

‘It is [over] from my point of view,’ she previously told Radio Times. ‘I’m sure they’ll put someone else with Gyles.

‘I went into Gogglebox imagining that they wanted me for my wit and my brain. Of course, they just want to show you willies and for you to be shocked.

‘Honestly, we were really funny together, but none of that was used. And if they don’t want to use what we gave them, f*** them.’

Dame Maureen previously confirmed it was having to sit through an episode of Naked Attraction that was the final straw.

‘They’re not really interested in our opinions on what they’re giving us,’ she said. ‘I’d seen Gogglebox and I thought, “Oh, [ours] is the grown-up version, is it?”

‘But it’s your reaction to 12 dangling willies they want. They’re searching for ways to make me go: “Urgh!”.’

Celebrity Gogglebox returns on Friday at 9pm on Channel 4.