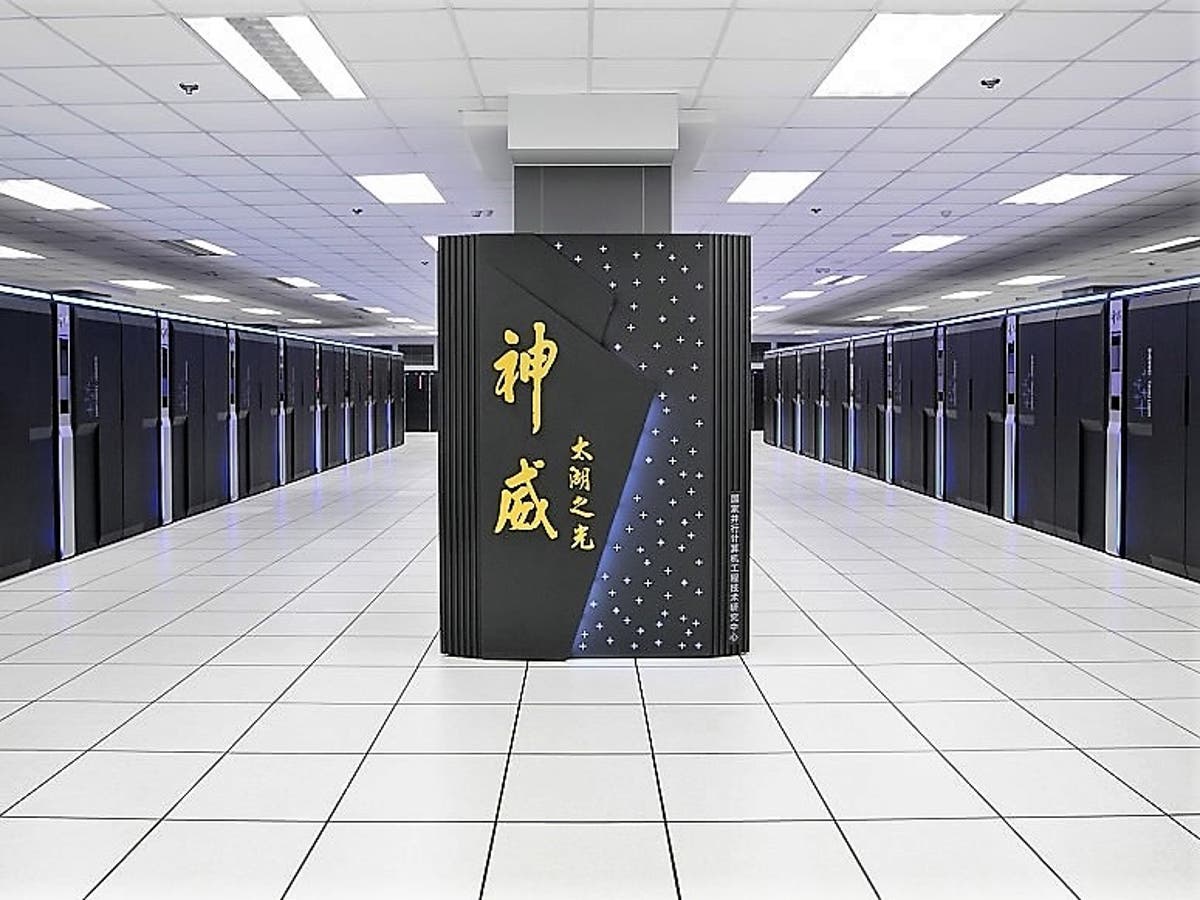 Computer scientists in China claim to have run an artificial intelligence program using architecture that is as complex as the human brain.

The AI model, named ‘bagualu’ or ‘alchemist’s pot’, was run on the latest generation of the Sunway supercomputer based at the National Supercomputing Center in the eastern province of Jiangsu.

Researchers described it as a “brain-scale” AI model, which could have applications in fields ranging from self-driving vehicles and computer vision, to chemistry and other scientific discoveries.

The Sunway TaihuLight is officially ranked as the fourth most powerful supercomputer in the world, however the researchers claim the latest demonstration puts it on a par with the US Frontier, which currently tops the list.

The Sunway was ranked as the most powerful computer in the world between 2016 and 2018, according to the Top500 list of leading supercomputers, however Chinese institutions no longer submit performance data to the list. China still has 173 supercomputers listed in the Top500 rankings, more than any other country.

The South China Morning Post reported that the bagualu programme ran with 174 trillion parameters, rivalling the number of synapses in the human brain by some estimates.

The publication reported that the Sunway supercomputer has more than 37 million CPU cores, which is four times as many as the Frontier cupercomputer in the US.

It also has nine petabytes of memory, which is the equivalent of more than 2 million HD movies.

One researcher said that its power gave the latest Sunway the ability to perform parallel computing in a way that mimicked human thinking, claiming it was “like eating while watching television”.

The results were presented at the Principles and Practice of Parallel Programming 2022 conference hosted by the US Association for Computing Machinery in April, but were not reported on at the time.