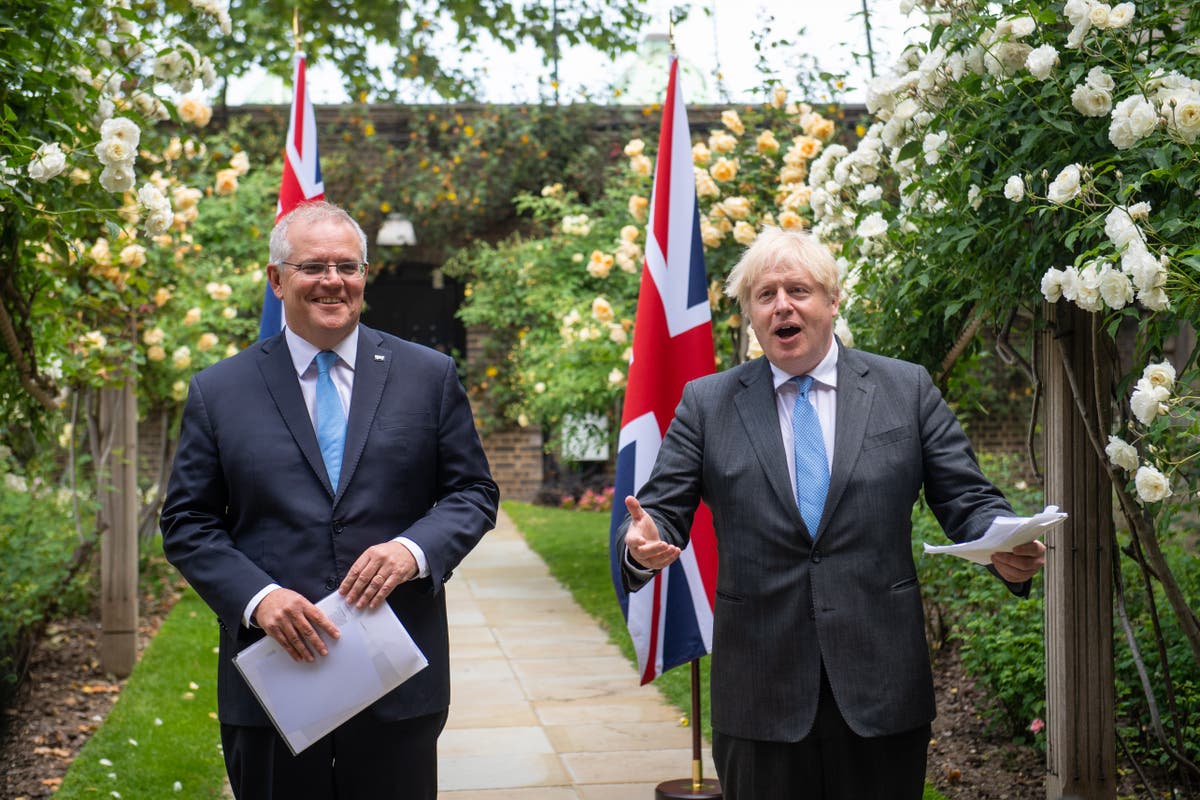 The environment and the climate crisis were sacrificed in the government’s rush to strike a post-Brexit trade deal with Australia, a Lords committee is warning.

Ministers are criticised for failing to fight for “ambitious” commitments to cut carbon emissions – even as Canberra was handed “generous” access to sell agricultural goods in the UK.

The report raises fears that “deforested land” in Australia will be used to produce the beef and cereal that will be sent to the UK “in greater quantities”.

Goods produced “using pesticides banned in the UK” will be imported under the deal – the first with a new partner since the UK left the EU – the Lords international agreements Committee finds.

It also fails to include any references to “reducing or reviewing Australia’s reliance on coal”, despite a later agreement with New Zealand doing exactly that.

The committee also questions a government claim of no “significant” increase in the UK’s CO2 emissions – arguing that excludes the transport of goods and the lower Australian production standards.

The report comes after the Commons environment committee raised the alarm over farmers and food producers being set to lose almost £300m from scrapping tariffs.

The Lords committee suggests “the speed of the negotiations” was given priority over “using the UK’s leverage to negotiate better outcomes” on the environment.

And it states: “Considering that the UK granted Australia generous agricultural market access, it is regrettable that the government did not press Australia for more ambitious commitments on climate change.”

Baroness Hayter, the committee’s chair, said: “There is a risk that this agreement could set a precedent for the negotiations with countries, particularly with other large agricultural producers, such as the US, Canada, Mexico, Argentina and Brazil.

“We are urging the government to set out a clear policy against which future negotiations can be measured.”

It was revealed last year that the government secretly dropped a number of climate pledges under pressure from Australia – causing embarrassment in the run-up to the Cop26 summit.

A binding section referencing the “Paris Agreement temperature goals” was scrubbed in order to get the agreement “over the line”, a leaked email revealed.

Today’s report notes that the government anticipates a 0.08 per cent boost to GDP by 2035, from the Australia deal.

It describes this as “a fairly limited – though welcome – impact” and calls claims of wider benefits for small businesses and professionals “speculative”, saying they “should not be overstated”.

Concern is also raised over a failure to share information with the devolved governments in Scotland, Wales and Northern Ireland.

Consultation should be “comprehensive and timely”, the committee says, calling for the other UK nations to be “involved throughout the negotiations” in future.

But the Department for International Trade (DIT) argued the agreement “includes an environment chapter which goes beyond all other” Australian trade deals.

“We were clear throughout negotiations that we would not sacrifice quality for speed, which was why there was no deadline to conclude the free trade agreement,” a spokesperson said.