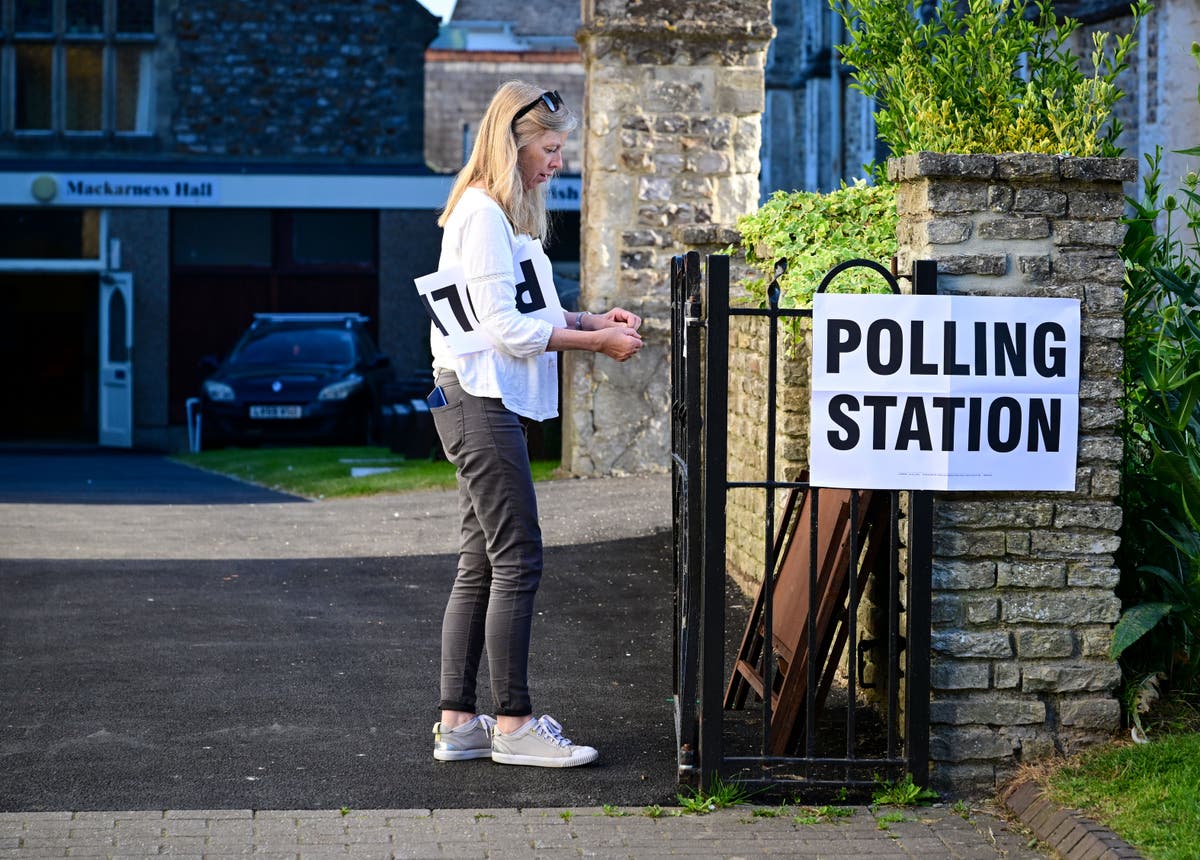 A collapse in Conservative support across the South-West of England could see the party lose 11 seats in a general election – and come within a hair’s breadth of losing the constituency of Jacob Rees-Mogg.

YouGov found that Tory vote share in the seats which they dubbed the “Conservative Celtic Fringe” has dropped a remarkable 19 points since the 2019 general election, leaving Boris Johnson’s party on 38 per cent in the region.

The figures were released on the day of a by-election in the Devon seat of Tiverton & Honiton, where Liberal Democrats are hopeful of overturning a massive Conservative majority in an area which has been “true blue” since 1923.

Out of 41 West Country seats which have been in Tory hands since 2015 and voted Leave in 2016, some 11 would fall to Labour or Liberal Democrats if the YouGov findings were borne out in a general election, with a further four on a cliff-edge.

Among those most at risk of loss are environment secretary George Eustice’s Camborne and Redruth, which was held by both Labour and Liberal Democrats under its pre-2010 title of Falmouth and Camborne.

Based on the YouGov figures, Mr Rees-Mogg’s North East Somerset would be at risk, but the Cabinet Office minister would be expected to scrape back into parliament by a slim margin.

As well as Camborne and Redruth, Labour would pick up both Bournemouth constituencies and the seats of Gloucester, Kingswood, and Swindon South.

And East Devon would be at risk to an Independent who has stood in the past three elections on a pro-NHS ticket and ran Tories close in 2019.

In the 41 seats studied by YouGov, Conservatives took a 57 per cent share of vote in 2019, with Labour and Lib Dems neck and neck on 19 per cent.

Polling of 813 voters across the constituencies saw the political landscape transformed, with Tories on 38 per cent (down 19 points), Labour on 24 (up 5) and Lib Dems on 22 (up 3).

YouGov associate director Patrick English said: “The scale of losses which might occur in the Conservative Celtic Fringe do not come anywhere close to those in the Red Wall in 2019.

“But if the Tory seat total takes a hit from its South-Western flank at the same time as it does in the Red Wall former Labour heartlands and across the new Blue Wall front, this Labour and Liberal Democrat pincer movement could become very costly to the Conservatives indeed.”