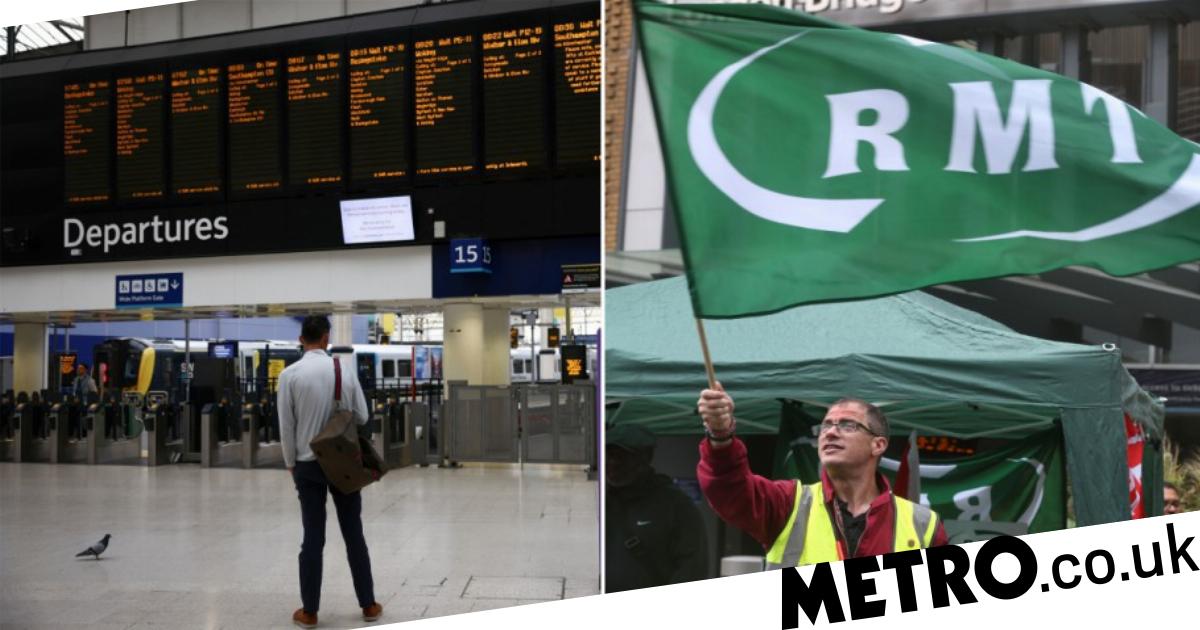 More rail strikes are ‘extremely likely’ if rail bosses and unions fail to reach a deal, the union at the centre of the dispute has said.

Around 40,000 members of the Rail, Maritime and Transport (RMT) union at Network Rail and 13 train operators walked out again today in a bitter row over pay, jobs and working conditions.

The strikes have meant trains ground to a halt across much of England, Wales and Scotland, with about half the network closed.

Another day of action is planned on Saturday, with disruption likely to continue into Sunday as services return to normal.

But after several days of disruption, the question now is ‘could there be more strikes next month?’

Downing Street said the unions should call off the strikes ‘as quickly as possible’, but Mick Lynch, RMT’s general secretary has said Saturday’s industrial action might not be the last.

He said talks would continue and he would consult members to see ‘if and when there needs to be a new phase of industrial action’.

‘But if we don’t get a settlement, it’s extremely likely there will be,’ he told BBC Breakfast.

Tim Shoveller, the chief negotiator for Network Rail – which maintains the railways throughout Britain said it was ‘hugely frustrating’ when talks collapsed on Wednesday.

Mr Lynch told BBC’s Breakfast: ‘The government’s hand is in this… the [rail] companies leave the room, consult the government ministers and the department officials and when they come back often the situation is worse.’

But Network Rail – with whom the RMT is negotiating – said it was the RMT, not the government which stalled negotiations.

A key stumbling block of negotiations appears to be a letter from Network Rail about pressing ahead with a formal consultation over changes to working practices in maintenance teams – which could entail redundancies.

The RMT has asked for it to be withdrawn – and accused Transport Secretary Grant Shapps of wrecking negotiations by not allowing Network Rail to do so, a claim he has denied.

So, if no progress is made with talks between the union and Network Rail, further strikes could be on the cards.

Other industries have also warned they may strike with unions representing teachers, doctors and binmen all warning of potential strike action in the future.