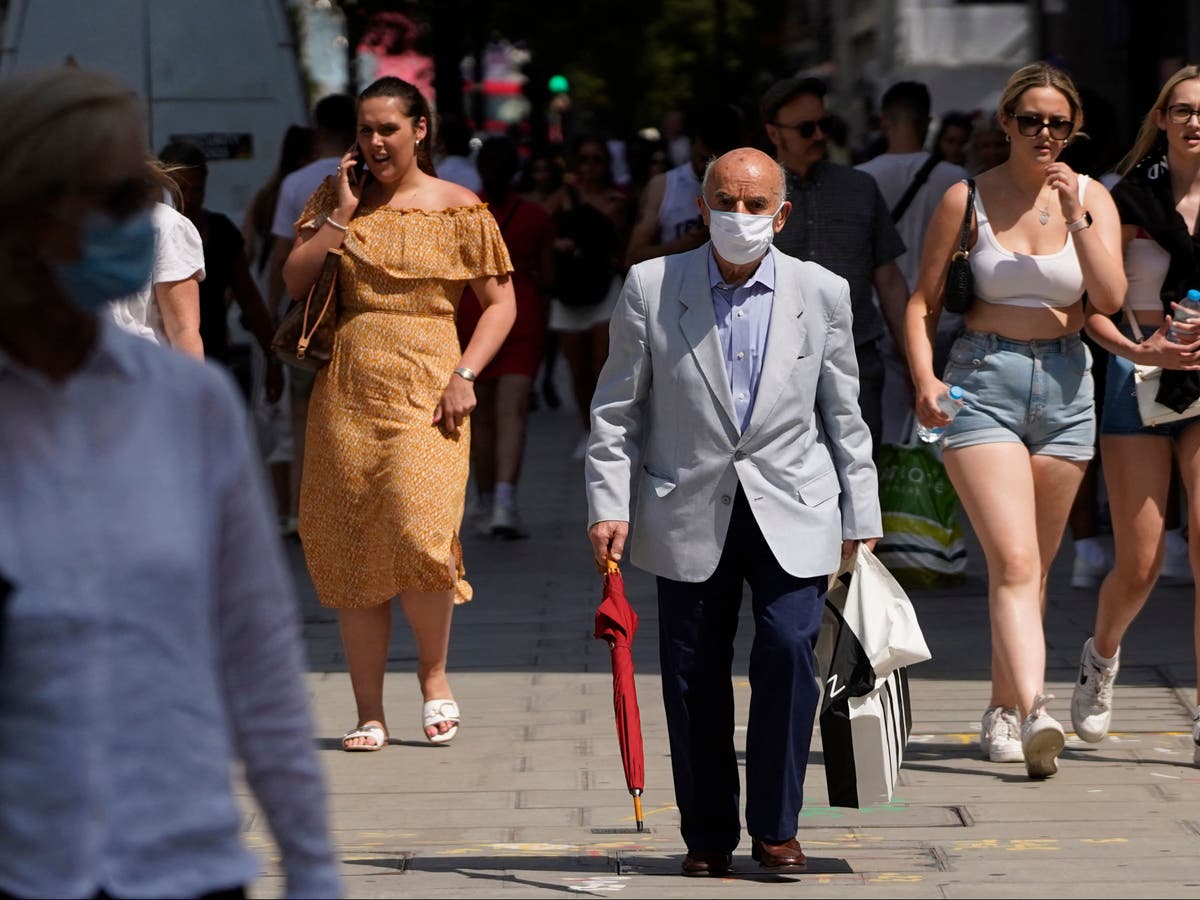 Covid cases in the UK have risen by more than 30 per cent, figures show, with around 2.3 million people infected last week.

The increase continues to be driven by the Omicron sub-variants BA.4 and BA.5, said the Office for National Statistics, whose latest data show that 1 in 30 people in England had Covid in the week ending 24 June.

This equates to 2.3 million infections — up 32 per cent from 1.7 million in the previous week.

It is the highest estimate for weekly infections since late April, but is still below the record high of 4.9 million which was reached at the end of March.

This follows new data from the UK Health Security Agency, published on Thursday, which show a rise in Covid case rates among all age groups and regions in England, with increases most acute in those aged over 80.

Admissions to intensive care are also climbing in the elderly, and more outbreaks are now being reported in care homes, UKHSA said.

“Covid-19 has not gone away,” said Dr Mary Ramsay, director of clinical programmes at UKHSA.