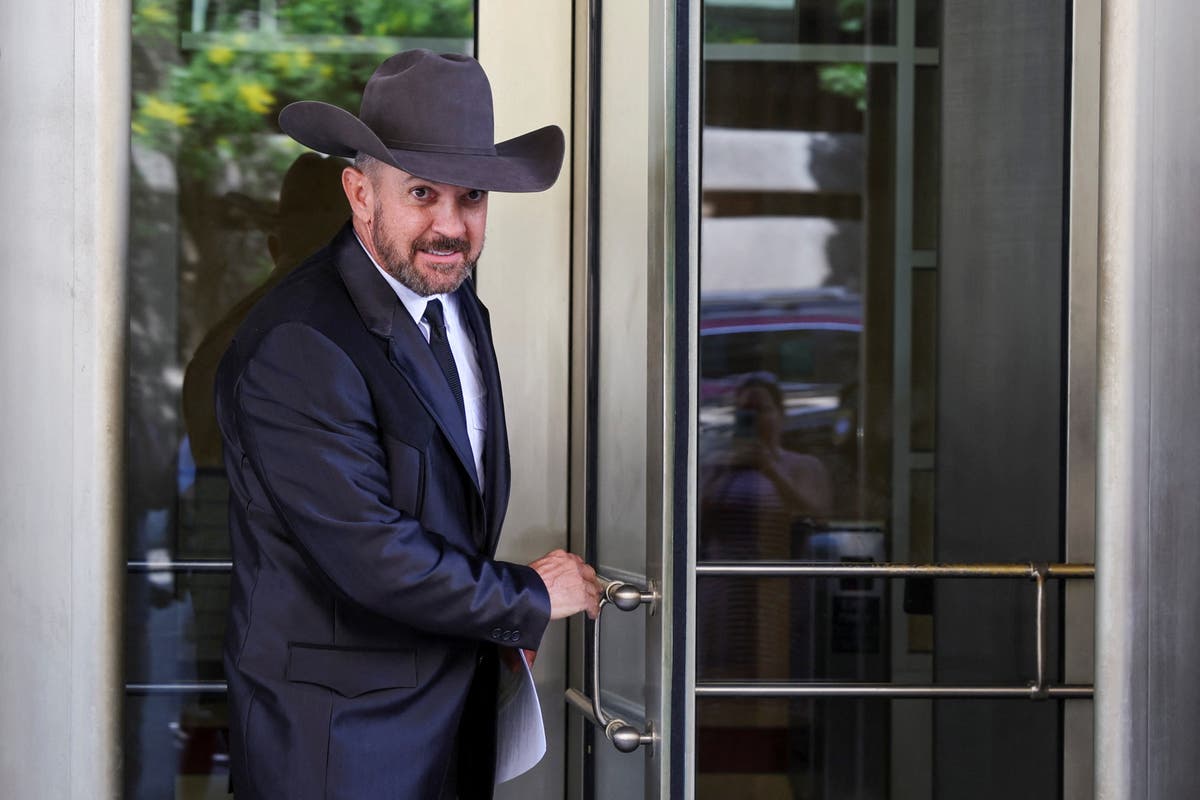 A county official in New Mexico whose refusal to certify recent election results relies on debunked conspiracy theories about voting machines has been sentenced for his role in the riots at the US Capitol on 6 January, 2021.

Couy Griffin – a founder of “Cowboys for Trump” – was sentenced on 17 June to 14 days in jail, including time already served, and was fined $3,000 with one year of supervised release and 60 hours of community service.

He was convicted earlier this year on misdemeanor charges of entering a restricted area but was acquitted of disorderly conduct. Video footage during the riots captures him saying he “has Mike Pence in our prayers” and hoped that the vice president overseeing the joint session of Congress to certify the outcome of the 2020 presidential election would “do the right thing” and reject results that reflect the votes of millions of Americans.

Griffin allegedly climbed a toppled fence and another barrier to reach the steps of the Capitol steps and used a bullhorn to call a mob to prayer. He reportedly did not go into the building or participate in violence.

Federal prosecutors recommended that he be sentenced to at least three months in prison; he faced a maximum sentence of one year.

His sentencing came as Griffin and the Republican-dominated Otero County Commission on which he serves faced a deadline to certify local primary election results from 7 June, which he refused to do.

Griffin has repeated baseless claims about Dominion voting machines, which were central to spurious challenges from GOP officials who sought to litigate the results of the 2020 election in states that Trump lost.

The state Supreme Court ordered the commission to certify results no later than Friday, and the office of the state’s attorney general also threatened legal action if it failed to comply.

The commission ultimately voted two-to-one to approve the results on Friday, with Griffin maintaining his “no” vote.

“My vote to remain a no isn’t based on any evidence, it’s not based on any facts, it’s only based on my gut feeling and my own intuition, and that’s all I need,” he told The Washington Post.

Griffin’s defiance has alarmed voting rights advocates who have repeatedly warned that a growing distrust in elections among Republican officials – reviving Mr Trump’s persistent lie that the 2020 election was marred by fraud, despite no evidence – intends to erode public trust in the electoral process in order to legitimise antidemocratic takeovers of election administration.

A statement from a Dominion spokesperson this week said the Otero County controversy “is yet another example of how lies about Dominion have damaged our company and diminished the public’s faith in elections.”

The former president has endorsed a slate of election fraud conspiracy theorists running for office across the US in an effort to do in state capitols and in Congress what his allies failed to do in court.

A review of primary election races in The Washington Post found at least 149 candidates for statewide office and Congress who have repeated the former president’s claims or campaigned on platforms promoting “election integrity” and restoring “voter confidence” that Mr Trump himself undermined, expanding a nationwide strategy in GOP-dominated state legislatures to restrict ballot access and roll back voting rights.

Winning candidates identified by The Washington Post as embracing Mr Trump’s claims have cast doubt on Joe Biden’s victory, supported partisan-driven post-election “audits” in states Mr Biden won, signed on to a lawsuit to overturn results, or downplayed or sought to change the narrative of the 6 January attack.

After the riots, Griffin posted on social media that he considered holding a gun rights rally on the Capitol steps, adding that there will be “blood running out of that building.”

“I watched the evidence here,” US District Judge Trevor McFadden told Griffin on Friday. “You clambered over walls … You knew you shouldn’t be there.”

Judge McFadden stressed that Griffin was not being punished for his election fraud claims but added that similar claims from other Republican officials are as “mistaken as you are.”

More than 800 people have been charged with federal crimes related to the attack. More than 300 defendants have pleaded guilty and roughly 200 have been sentenced. Others are awaiting trial later this year and in 2023.