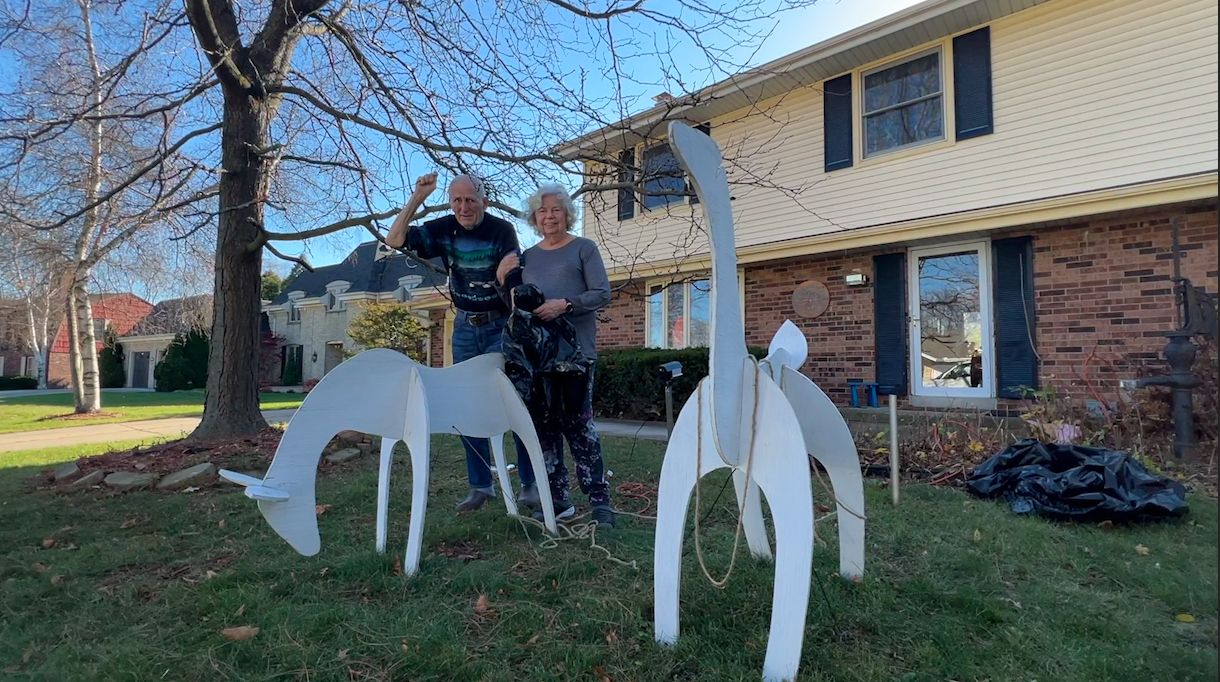 WEST ALLIS, Wis. — A West Allis, Wis. couple had quite the scare when a wild animal broke into their home.

It was a normal afternoon for Sue and Richard Sujecki when they heard a big crash inside their home. They said it was an unreal situation that left them saying, “Oh deer”.

Just about a week ago, the Sujecki family had an uninvited guest break into their home while they were there. Their front door was open with just the glass barrier and a buck made its way inside.

“If you tell anybody, nobody can believe that a full-grown deer is trapped inside your house and can’t get out,” Sue Sujecki said. 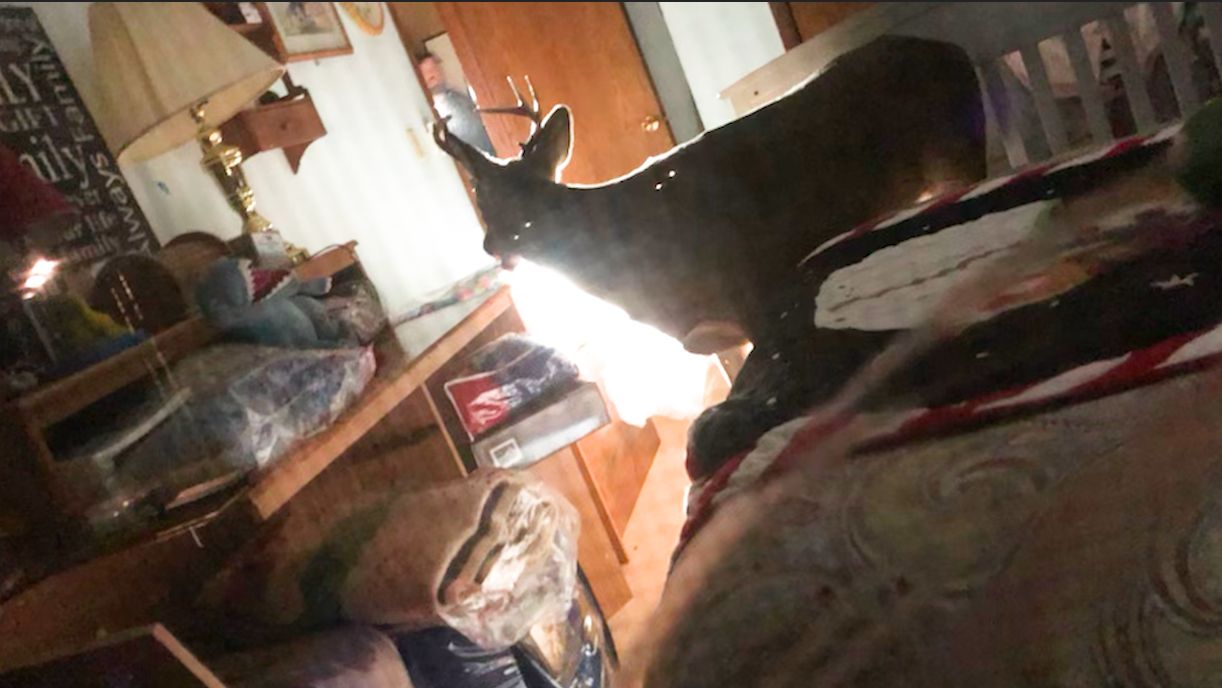 (Courtesy of the Sujecki family)

A guesstimated two-year-old buck ran through their front door and through their living room. He made an attempt to exit through any window he saw, and didn’t have success.

“I didn’t realize it was a deer until it came out of the living room,” Richard Sujecki said. “It didn’t go through the door where it could have gotten out. Instead, it ran right past me and up the steps.”

They said the deer got scared and trapped itself upstairs while trying to get out. It managed to make it into every room on the second floor of their house and left his mark.

“He was bleeding through his mouth and his leg and he looked through every window,” Sue Sujecki said.

Sue Sujecki said the deer tore apart their house. He broke glass, lamps, collectibles, and got his blood all over. He even managed to poke holes in their ceiling with his antlers.

“He was just trying to find a way out,” Sue Sujecki said.

The deer couldn’t get himself out on his own and was trapped upstairs for nearly three hours. The Sujecki’s called the DNR and their son for help. Once the Wisconsin Department of Natural Resources arrived, they were able to assist.

DNR warden Erik Anderson said this was the first time he saw anything like this in someone’s home. 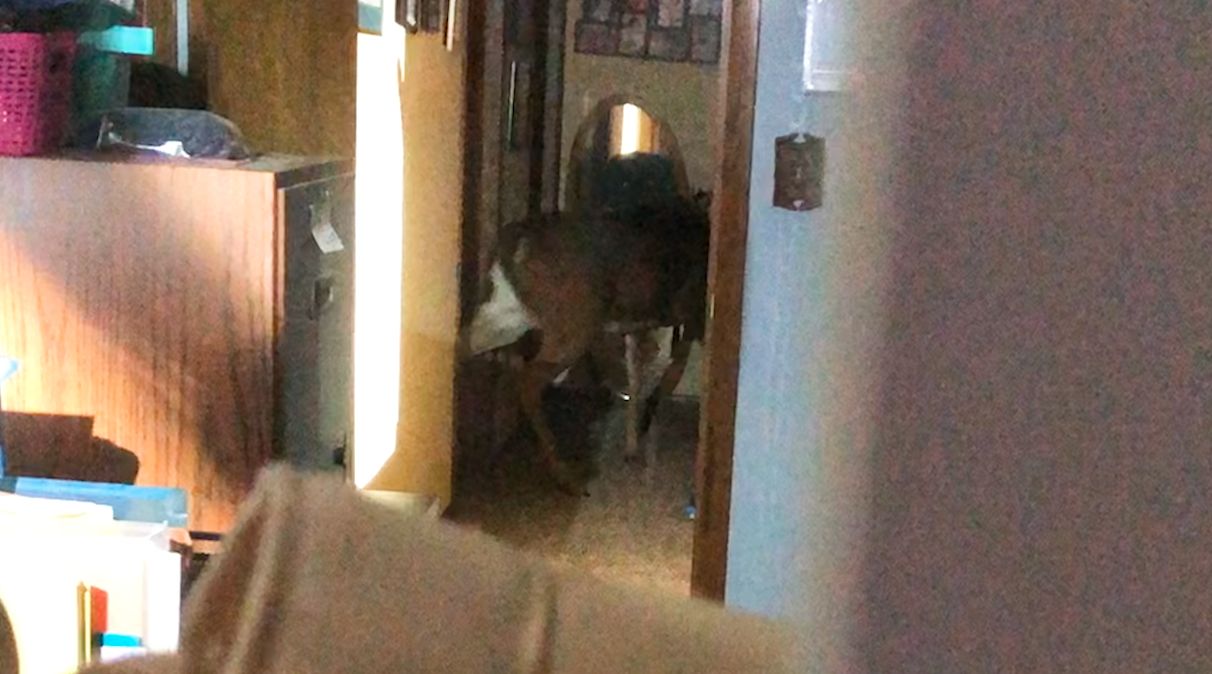 (Courtesy of the Sujecki family)

“With the help of other officers we were able to scare it out of the room it was trapped into and because we had all the other doors closed off, we were able to direct it back down the stairs and out the front door,” Anderson said.

Their efforts were much needed, and it was something the couple was extremely thankful for.

“We appreciate the DNR people,” Sue Sujecki said. “We couldn’t have done it.”

While it’s unclear what made the deer break into their home, the DNR said its mating season and the couple had a pair of holiday reindeer outside their house.

Anderson said it may have looked like a nice mate for the buck. He also believes he saw his reflection in the glass door and attacked it. 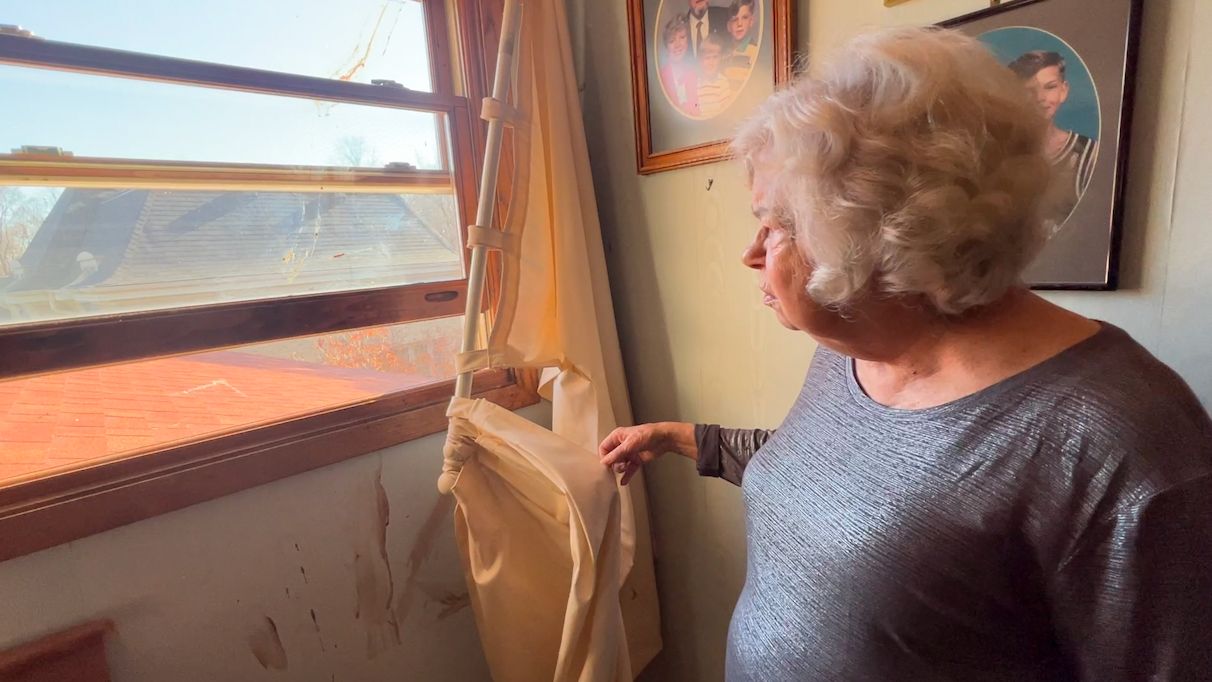 “This is Dasher and Prancer, and Prancer had an unwelcome suitor,” Sue Sujecki said while introducing her wooden reindeer decorations.

At end the of the day, the family is happy no one got hurt and the deer made it back out into his own home after a brief stay at theirs.