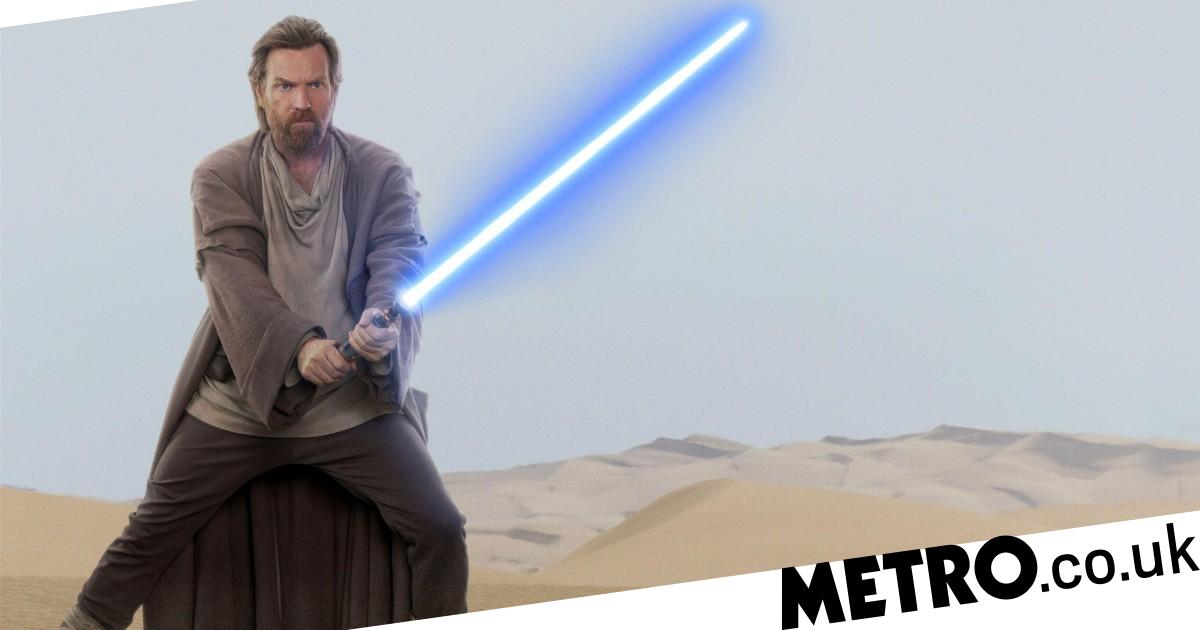 ‘I am what you made me,’ are the chilling words from Darth Vader to his former master, Obi-Wan Kenobi in Disney’s new show, the finale of which came out today.

Those words horrified me as much as they seemingly did Kenobi.

The six-part streaming series is the next chapter in Ewan McGregor and Hayden Christensen’s characters’ relationship – set 10 years after Revenge of the Sith and nine years before the events of Star Wars: A New Hope (Episode IV, released in 1977).

It’s also a show that caters to a group that few people would admit even exists – fans of the Star Wars prequel trilogy. I should know – I’m one of them.

When they last graced our screens in 2005 in Revenge of the Sith, Obi-Wan left his apprentice for dead on the lava shores of the volcanic planet Mustafar. It was a climactic conclusion to one of the most controversial film sagas ever made.

The Star Wars ‘prequels’ – as they became known – were roundly pilloried by critics worldwide.

In 1999, the Guardian’s Peter Bradshaw called The Phantom Menace a ‘star bore’, then in 2002, he generously gave Attack of the Clones (AotC) three stars out of five, before awarding Revenge of the Sith only one in 2005.

Scenes featuring political trade negotiations, poor dialogue and a lacklustre romance between two protagonists that even Love Island would struggle to match, attracted waves of criticism.

The films were so badly received that Jake Lloyd, who played nine-year-old Anakin Skywalker in The Phantom Menace even quit acting entirely because of the reception.

It was bittersweet then, when Ewan McGregor revealed he only recently found out not everyone panned the prequels. When asked whether they were underrated, McGregor recently said: ‘I think they were appreciated at the time by the generation we made them for.’

He accurately points out that social media was not as widespread in the early noughties, so fan-reaction was harder to gauge. ‘At the time, basically reaction was driven by the critics, who decided they weren’t as good as the original film,’ McGregor added.

So what if the scripts weren’t Shakespearean masterpieces? Or that the blue screen CGI grated after a while? And let’s not even start with Jar Jar Binks.

Despite lacking in certain areas, the prequels did many things better than the original trilogy. They were visually stunning, owing to technical advances George Lucas simply wasn’t able to take advantage of in the 1970s and 80s.

The lightsaber duels were fast, elegant and reminiscent of combat from a more civilised age. Obi-Wan’s fight with Darth Maul remains iconic and one of the best of the franchise, or indeed cinema.

Progress in computer graphics allowed another controversial change to the Star Wars universe, when in Attack of the Clones, Master Yoda was reincarnated as an animated character as opposed to a puppet.

In his CGI form, he was able to display his lightspeed swordsmanship in duels with Count Dooku (Christopher Lee) and Chancellor Palpatine (Ian McDiarmid), something previously impossible.

And then there’s Anakin Skywalker and Obi-Wan’s duel on Mustafar – a tragic end to an iconic partnership.

Though the political plot didn’t always land with viewers, the trilogy portrayed Palpatine’s enthralling plan to purge the Jedi from the galaxy and reorganise the democratic republic into an autocratic empire.

Those three films defined my childhood. Every kid on the playground at lunch was some form of Jedi or Sith – schools across the country were transformed into hives of scum and villainy with every release. Every cardboard wrapping paper tube was a lightsaber; and for brief moments, even to this day, I think we can all admit they sometimes still are.

The prequels also arguably succeeded in their primary purpose – to tell the story of the rise, fall and eventual redemption of Anakin Skywalker. Viewers followed the fatherless demi-god go from righteous, kind-hearted boy, to a cyborg consumed by hatred and pain.

This is where the new Kenobi show comes in.

We see a Darth Vader still acclimatising to his mechanised limbs and life support suit. He is not yet the calm, tactical Lord Vader of A New Hope, but still a shadow of a headstrong Anakin Skywalker.

In every other way, this modern day iteration of Vader is far more brutal than that shown in the original trilogy – scenes fans were surprised that Disney signed off on.

Vader descending on a village in which Kenobi is hiding, then force-choking and snapping the necks of civilians with a flick of the wrist until the Jedi reveals himself was a cruel masterpiece.

Meanwhile Obi-Wan watches over a young Luke on Tatooine, while he wrestles with the PTSD of events 10 years prior. His connection to the force weak, his lightsaber skills blunt at best.

By revisiting Obi Wan’s emotional trauma, this new Disney+ series evokes an emotional reaction in the viewer, proving audiences were invested in the prequel characters. This show very effectively rubs bagfuls of salt in that wound.

Viewers that stick with the series are treated to a flashback to a pre-AotC training duel between Anakin and his master.

Hollywood’s anti-aging formula works wonders on McGregor, but struggles slightly with Christensen, who is now 20 years older. With just a little suspended disbelief, prequel fans are spoiled with several minutes of their favourite Jedi protagonists. And several minutes is just enough.

It’s why Disney revived their animated TV show The Clone Wars (TCW) (set between the events of Episodes II and III) to finish it properly, giving the prequel generation the closure they deserve.

It’s also why Ahsoka Tano, a character introduced in TCW – and given a live-action debut in the well-received The Mandalorian – has been given her own programme releasing next year.

Obi-Wan Kenobi is a love-letter to fans who stuck with the franchise through thick and thin (even after Disney’s sequel trilogy, a saga which did miss the mark), and acknowledges a crucial fact LucasFilm has seemingly ignored for too long: the prequels exist, and people like them.

On the subject of a second season, McGregor recently told GQ: ‘I really hope we do another… If I could do one of these every now and again – I’d just be happy about it.’


MORE : Obi-Wan Kenobi episode 6: How does finale set up a possible season 2?