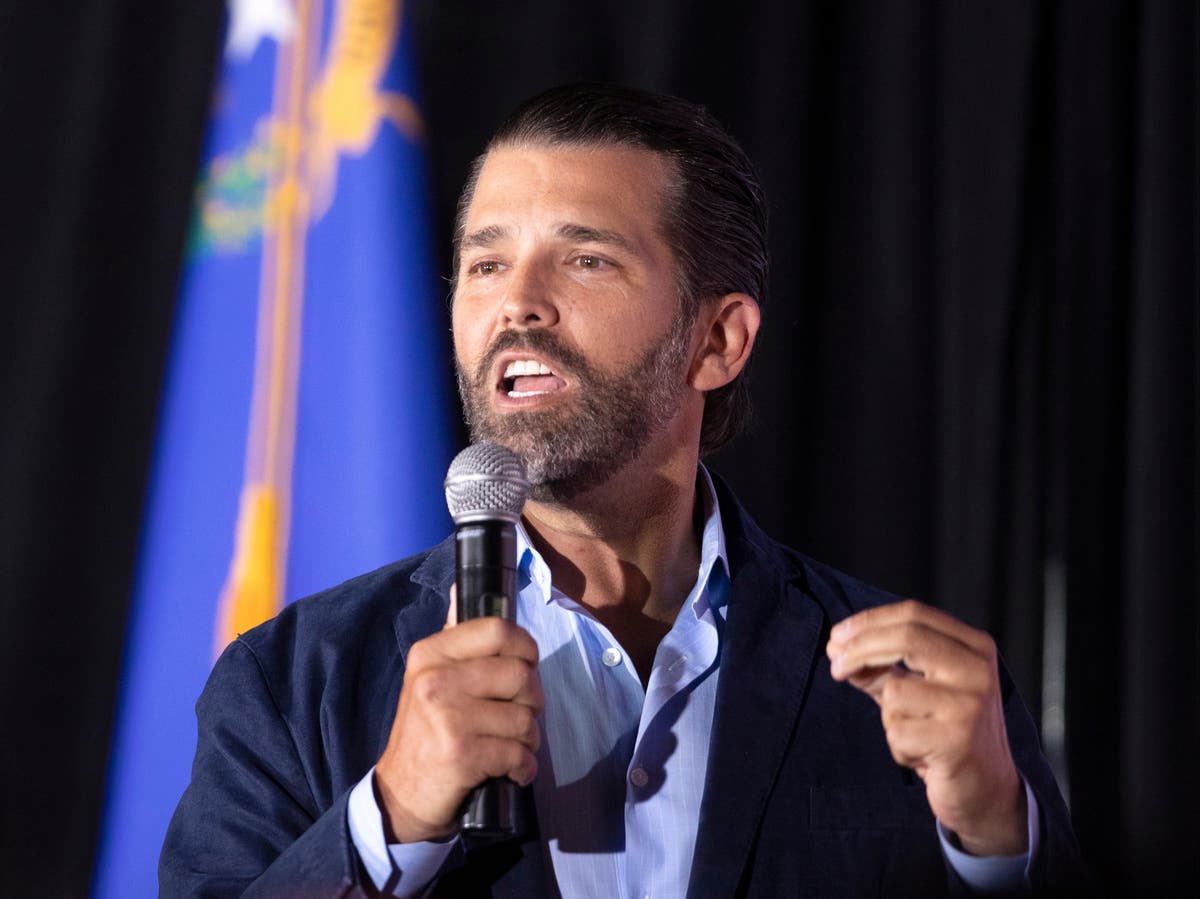 In a string of tweets slamming red flag laws amid bipartisan gun control discussions in the Senate, Donald Trump Jr decided to go after Amber Heard following her loss in her defamation trial against ex-husband Johnny Depp.

Mr Trump Jr claimed on Friday that “the radical left would weaponize these ‘laws’ against law-abiding Americans”.

Red flag laws allow police, family members, colleagues, and others to petition a state court to have a firearm removed from a person considered to be a danger to either themselves, others, or both.

“Imagine what Amber Heard would have done with Red Flag Laws!” Mr Trump Jr added shortly before 11am on Friday.

“I’m so happy none of you Trump kids have a clue between you. No chance of a criminal dynasty here… just jail and/or irrelevance. Bodes well for America’s future,” one Twitter user said.

“What does this even mean? There wasn’t a gun involved in that case. What? Republicans just throwing buzzwords together and their constituents eat it up,” another account holder said.

“I just said that anyone who is still talking about celebrity show trials that have been over for weeks is a complete and total loser. Well, here is the proof,” a third added.

“He can not have a say in this when his dad is literally a clown,” another Twitter user wrote.

In 2019, then-President Donald Trump said he supported red flag laws. Following a string of mass shootings, Mr Trump urged states to put in place red flag laws to “make sure that those judged to pose a grave risk to public safety do not have access to firearms and that if they do those firearms can be taken through rapid due process”.

During a roundtable discussion in 2018 after the shooting at Marjory Stoneman Douglas High School in Parkland, Florida, Mr Trump said “take the guns first, go through due process second”.

Mr Trump repeatedly pushed for gun control measures during his time in the White House, but was talked out of it by staffers, as reported by The New York Times.

The former president’s son has repeatedly weighed in on the defamation trial Ms Heard recently lost – via memes.

Mr Trump Jr previously took to Instagram to post an image with the words “believe all women? Really? All of them? That’s the dumbest thing I’ve Amber Heard”.

A jury handed down the verdict on 1 June, awarding Mr Depp $10m in compensatory damages and $5m in punitive damages following Ms Heard’s 2018 op-ed in The Washington Post, in which she claimed to be a domestic abuse survivor.

Mr Trump Jr also shared a post saying that Mr Depp “will always be remembered as the first man to win an argument with a woman”.

He had earlier been slammed by social media users for suggesting that an apparent lack of male support for Ms Heard was “telling” about the case.

“Maybe the most telling part of the Amber Turd trial is that not a single man seems to have come out in her defense saying she’s great,” he tweeted on 28 May.

He was mocked by social media users for his comments with some calling him a “court jester” and others saying “men love having a woman they can throw [their] misogyny at without any backlash”.

Once the verdict was announced, Mr Trump Jr again showed his support for Mr Depp and blasted the “insane” movement to believe women who come forward with allegations of abuse.

“Believe all women… except Amber Heard,” he wrote on social media.

“She also likely single-handedly ended the insane believe all women regardless of facts movement because she’s that terrible. Well done.”

In another post, he shared an undated photo of Vice President Kamala Harris and Ms Heard, writing “seems legit”.