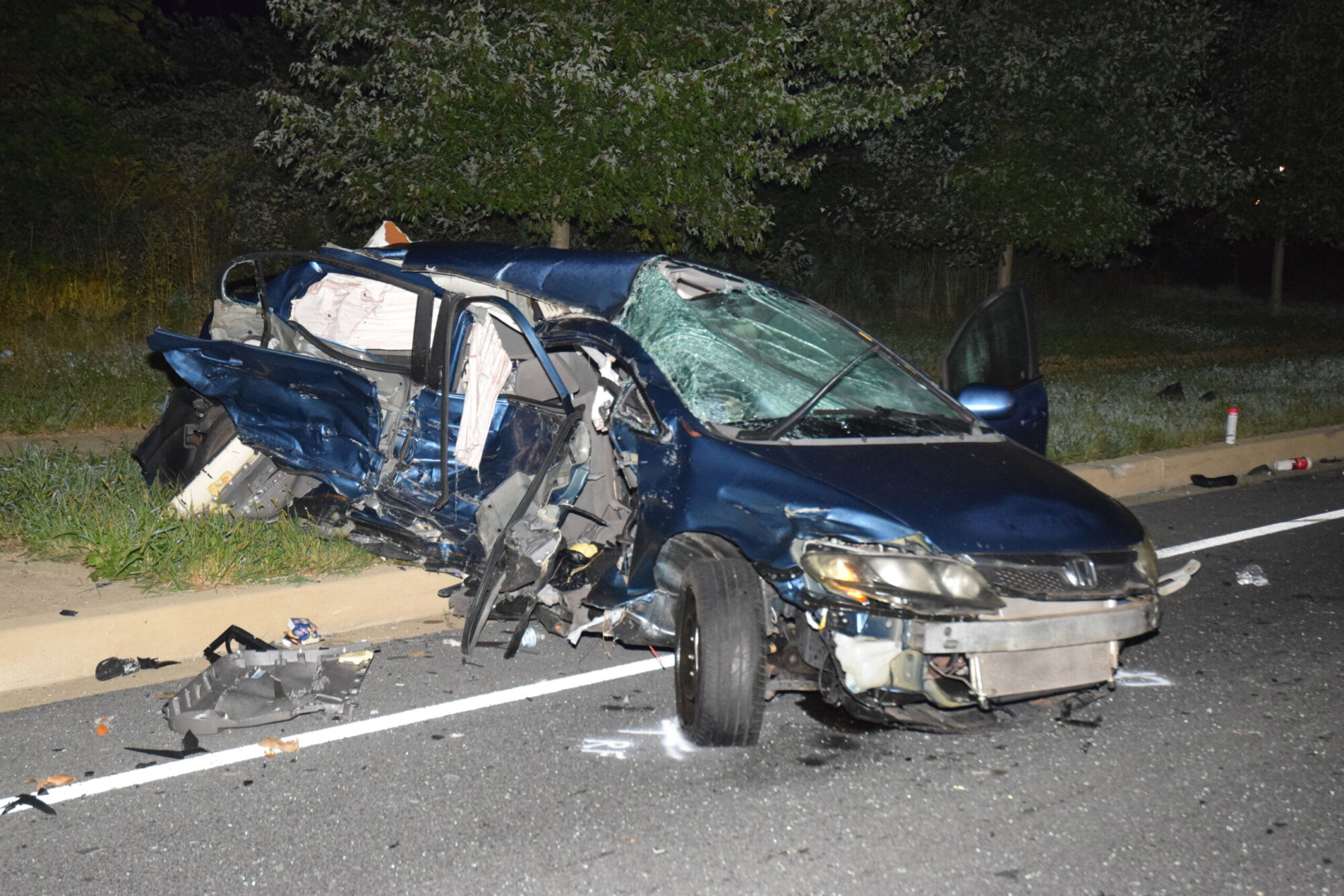 A Maryland man accused of taking part in a drag race that turned deadly in Montgomery County has been found guilty.

A Maryland man accused of taking part in a drag race that turned deadly in Montgomery County has been found guilty.

Noe Daniel Suriel, 29, of Silver Spring, was convicted of driving a motor vehicle in a race or speed contest and gross negligent manslaughter by motor vehicle on Thursday.

The Montgomery County State’s Attorney’s Office said that on Sept. 6, 2019, Suriel, who was driving a Dodge Challenger, and drivers of two other vehicles were racing on Georgia Avenue.

The race ended when all three cars struck a Honda Civic that was trying to turn to an entrance ramp to the Intercounty Connector. The crash killed the driver of the Honda, identified as Rene Antonio Hernandez Jr., 32, of Olney.

The investigation showed that in the minutes before the crash, the Dodge Challenger driven by Suriel and an Infiniti Q50S, driven by Camilo Jose Ahumada Serje, 27, of Olney, were speeding down the road. Footage from a Metrobus captured the two cars driving at high speed.

Shortly before the crash, investigators said Regino Andres Gonzalez Pena, 38, of Gaithersburg, joined the race in his Ford Explorer.

According to police, Suriel’s vehicle made first contact with the rear of Hernandez’s car, swerving in front of it. Serje’s Infiniti then struck the Honda Civic, which then spun and was hit by the Ford Explorer Gonzalez Pena was driving.

Suriel was the only driver to not plead guilty. Prosecutors presented a video from a Metrobus, showing Suriel’s and Serje’s vehicles speeding by. There was also video taken from the passenger seat of Serje’s vehicle.

Data taken from Serje’s vehicle showed that it was going 106 mph five seconds before the crash.

Both Suriel and Serje face up to 10 years in prison; while Gonzalez Pena faces up to 18 months.

“This should send a message to anyone who would consider the highly dangerous and potentially deadly act of drag racing at excessive speeds,” said Montgomery County State’s Attorney John McCarthy. “Any driver participating in a race may be convicted of manslaughter by motor vehicle regardless of which vehicle is involved in a fatal collision,” McCarthy continued.

Get breaking news and daily headlines delivered to your email inbox by signing up here.

© 2022 WTOP. All Rights Reserved. This website is not intended for users located within the European Economic Area.