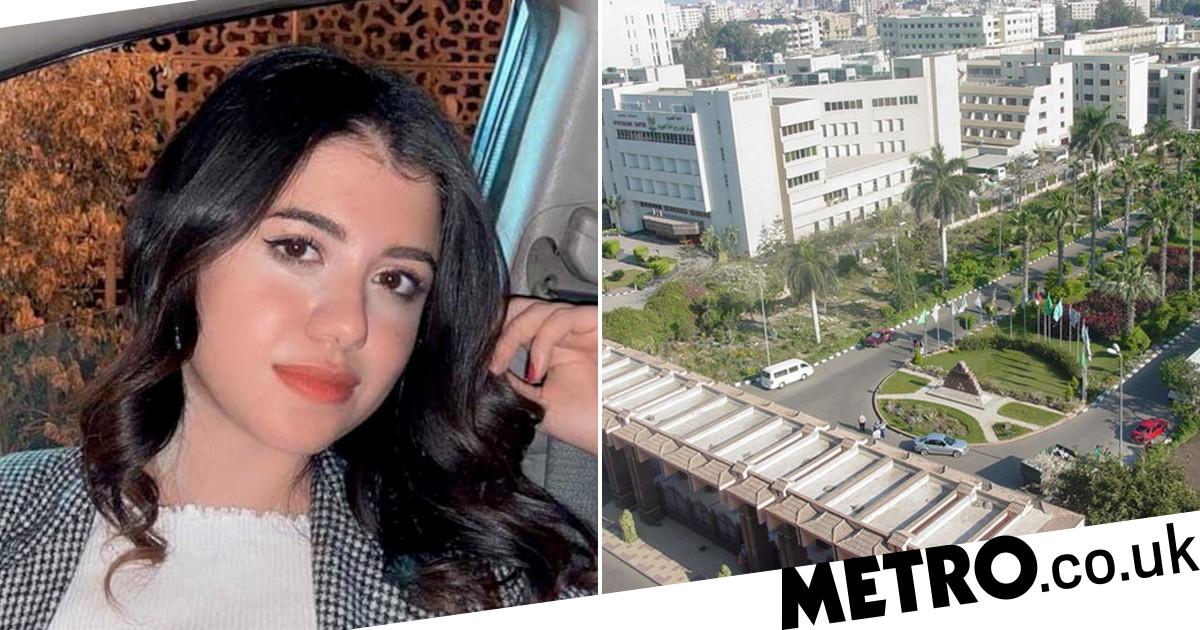 A female student has been stabbed to death outside her university for allegedly refusing a marriage proposal from a fellow student.

Naira Ashraf was attacked by a man as she stepped off a bus outside Mansoura University, in Mansoura, central Egypt on Monday morning.

The attack took place in front of horrified onlookers who attempted to pull the man off of Naira and in full view of security cameras.

Naira was pronounced dead at the scene after suffering several wounds to the neck, local media has reported.

The stabbing has shocked Egypt with images and video of the attack quickly being circulated online.

Following the devasting incident, police have launched an investigation and arrested another student at the university.

The suspect, named as Mohamed Adel by the Egpytian Independent is understood to be a third-year student at the same school as Naira.

In a statement, police said investigators had spoken to 20 witnesses, including Naira’s family who reportedly told officers she had been subject to ‘constant harassment’ from a man following the breakdown of their relationship and her rejection of his marriage proposal.

They are understood to have reported the matter and their concerns to the police two months ago.

Local police are understood to be detaining Adel for four days while they investigate the matter.

Egyptian authorities have been consistently criticised by human rights groups for their failure to protect women and girls.

In its latest country report, Amnesty International said that Egyptian authorities were failing ‘to prevent and investigate widespread violence against women and girls’.