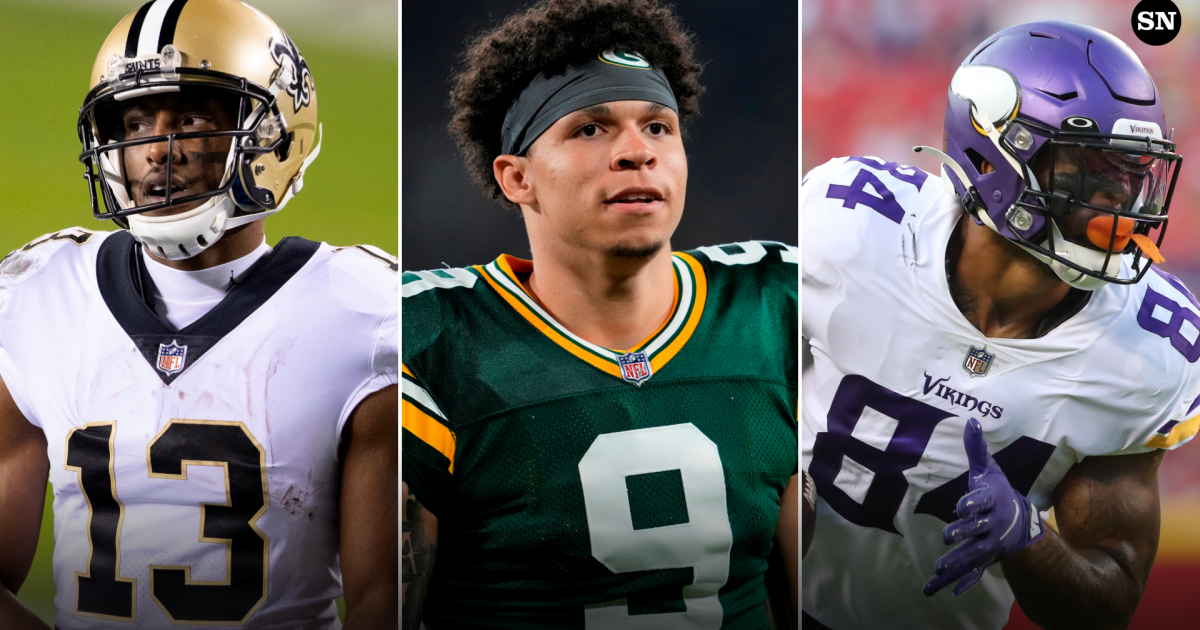 As we get closer to the regular season and fantasy football drafts, fantasy owners need the latest injury updates on key players high in the rankings or on sleeper lists. Michael Thomas, Christian Watson, and Irv Smith Jr. are among those banged-up players who could cause panicked Google searches when you’re on the clock.

Below we’ll give you the latest news on these three players and break down how their injuries could potentially affect their fantasy outlooks heading into the season.

Saints head coach Dennis Allen told reporters on Saturday that Thomas has a hamstring injury, according to Nick Underhill. This is not great news for Thomas, who participated in team drills for the first time earlier this month. Last week, Allen said that when the ball kicks off for real, Thomas is going to be ready to go, according to Katherine Terrell. It will be interesting to see how Thomas’ latest injury progresses with the regular season on the horizon.

As for fantasy football, Thomas could end up sliding down the draft board, as fantasy owners might be concerned about this hamstring injury, which could be a lingering issue. Thomas’ ADP on FantasyPros is No. 64 overall, and he’s ranked No. 27 among WRs. Meanwhile, SN Fantasy has the veteran wide receiver ranked 22nd in standard and 20th in PPR formats. If he’s healthy, Thomas should outplay his current ADP. However, if he’s once again bothered by injuries, his targets will go to rookie Chris Olave and veteran wideout Jarvis Landry, making the former an even bigger potential breakout than he was already thought to be.

The rookie wide receiver out of North Dakota State did some team drills on Sunday after just coming off the PUP list week, according to Rob Demovsky. The second-round pick in this year’s NFL draft also participated in warmups on Friday night ahead of the Packers’ preseason game against the Saints. He’s missed almost two months since undergoing offseason knee surgery, so it’s good to see the rookie ramping up and getting ready for the regular season.

Watson created a lot of buzz during the draft process, but that quickly went away as training camp started. The talk of Packers’ camp has been the emergence of fellow rookie wide receiver Romeo Doubs, who has scored two touchdowns in the preseason. The 6-4 Watson will likely not be a factor in the Packers’ offense to start the year, as Aaron Rodgers has a solid core of veteran wide receivers in Allen Lazard, Sammy Watkins, and Randall Cobb. Watson will likely be available on the waiver wire in shallower leagues, but he still has sleeper upside in deeper leagues if you’re willing to be patient.

Vikings head coach Kevin O’Connell told reporters on Saturday that he looks forward to Smith Jr. “getting back on grass” this coming week. Smith underwent surgery on a thumb injury that he suffered earlier this month during training camp. Nevertheless, all signs point to the young tight end playing in the Vikings’ regular-season opener after missing last season due to meniscus surgery.

With Smith still on track to be ready for Week 1 of the regular season, fantasy owners should feel comfortable drafting him as a low-end TE1. Heading into this season, SN Fantasy has Smith ranked 13th in standard and 14th in PPR formats. With Tyler Conklin gone, Smith Jr. should see the 80-plus targets this year.

Liz Truss admits UK-US trade deal could be years away with...

Liz Truss admits UK-US trade deal could be years away with...