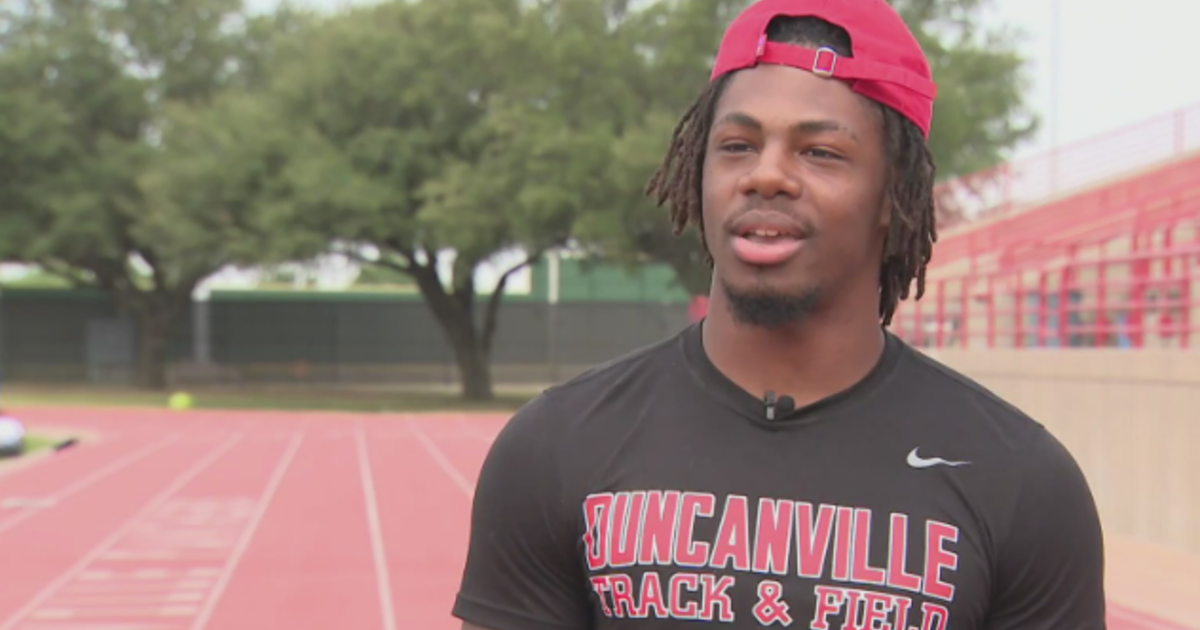 DALLAS (CBSDFW.COM) — Most people can’t accomplish anything in 10 seconds, but Pierre Goree is not most people.

The boys’ 100 meter national champion says, “I hate seeing people in front of me. It’s something in my mind… like this can’t happen.”

Just last month, the Duncanville Class of 2022 graduate won the national championship at the University of Oregon in a time of 10.36 seconds.

Goree claimed the title of fastest boy in the country, and has since been named Gatorade’s Track & Field Player of the Year.

“I just keep going to try and get better and better. My talent has always been there. I just had to train and work hard for it,” he said.

Clayton Brookins, who just completed his first year as head track coach at Duncanville, believes Goree is on the fast track to success.

“I think if Pierre was to continue running track, he will definitely be a candidate to be on the next Olympic team,” Brookins said. “He has the championship mindset. He has the physical attributes. He has what it takes.”

But Goree has what it takes in multiple sports. The teen is set to attend SMU this fall on a football scholarship, and is part of the reason Duncanville has been able to reach the 6A state title game three out of the last four years.

“Football has been my first passion,” Goree said. “When I came to track, I fell in love with it. I just kept going in both of them, and got good at both of them.”

Interestingly enough, Goree decided on SMU knowing the school hasn’t had a track program since dropping it following the 2004 season.

And while he’s not backpedaling on his choice, the Mustangs in turn say they will help him further his track career within NCAA regulations.

“It was important that I had people behind me supporting me, and that’s what made me fall in love with that school even more,” he said.

In all likelihood, Goree will have to run and train independently when football season ends and track season begins, but he promises that won’t alter his pace to greatness.

“If there’s a will there’s a way,” he said. “I feel like there’s a way for me to show my abilities. You will see me on the track next year for sure.”

Keith Russell is our morning news anchor and was a sports anchor/reporter for CBS11 KTVT starting in 2015.