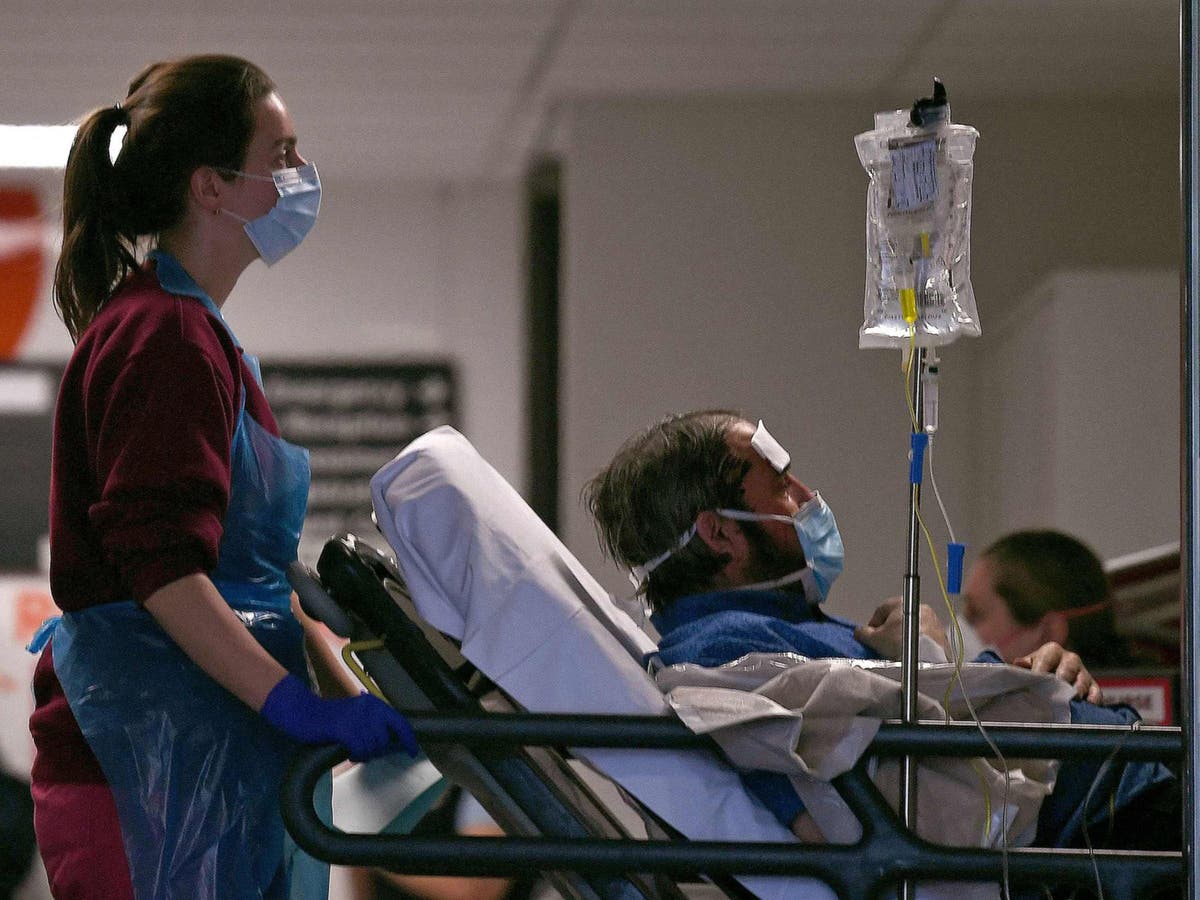 Planned surgeries are at risk amid stubborn rates of people stuck in hospital and increasing Covid staff sickness levels, The Independent has been told.

Staff absences are increasing across hospitals in England, senior NHS sources have warned, as they fear planned surgeries will be put at risk in the coming weeks.

Meanwhile, the NHS continues to struggle with high levels of patients needing to be discharged as one trust warns a recent increase in patients being delayed in hospital is set to hit their plans to recover their surgical backlog.

The warning comes as the number of Covid positive patients within NHS beds in England has rose to 11,049 – almost one tenth of the total beds.

Daily admissions are up on 41 per cent compared to last week and according to Covid data expert John Roberts the average number of daily admissions is now over 1,500.

He said England was one week away from the Omicron peak in January in terms of Covid positive admissions.

Data from NHS England on Tuesday showed the number patients within critical care units is also continuing to increase across the country with 229 patients with Covid in ICU beds.

Staff absences are beginning to cause disruption across the NHS, The Independent has been told. It comes as NHS Blood and Transplant has warned of critical blood supply shortages as staff shortages force appointments to be cancelled.

One trust director in Yorkshire told The Independent “Our Covid absences have doubled in a week. Modelling says this week is going to be the peak. Staff are off and Covid admissions are close to the second peak. So it’s just crazy.”

They warned of local pushes to cancel electives to free up hospital beds.

Another senior clinical leader in West Yorkshire said their trust was close to cancelling planned surgeries but hadn’t yet, amid rising staff sickness within the hospital.

A Midlands hospital doctor said sickness rates and increased from 6 to 8 per cent in the last week and were now close to the levels where the trust staff might have to be redeployed.

Last week The Independent reported three large hospitals had reintroduced the requirement for patients and staff to wear masks in clinical areas again. Several other trusts have followed suit.

In a message to staff on Tuesday Northamptonshire Hospital FT warned there had been increased outbreaks of Coved in services and staff absences.

Meanwhile in a board report published on Tuesday, Royal Cornwall Hospital Foundation Trust said since April: “the numbers of patients waiting in hospital beds fordischarge home with domiciliary care support has increased rather than decreased.This increase is now placing at risk the ability of RCHT to deliver the increased levelof elective activity required by NHS England in 2022/23.”

A source in the South West told The Independent RCHT had 192 patients in beds who needed to be discharged out of 800.

A senior doctor in Staffordshire told The Independent their trust had around 25 per cent of hospital beds occupied by patients who needed to be discharged.

Last week NHS England sent a letter to all hospital chiefs asking them to focus on improving hospital discharge delays.