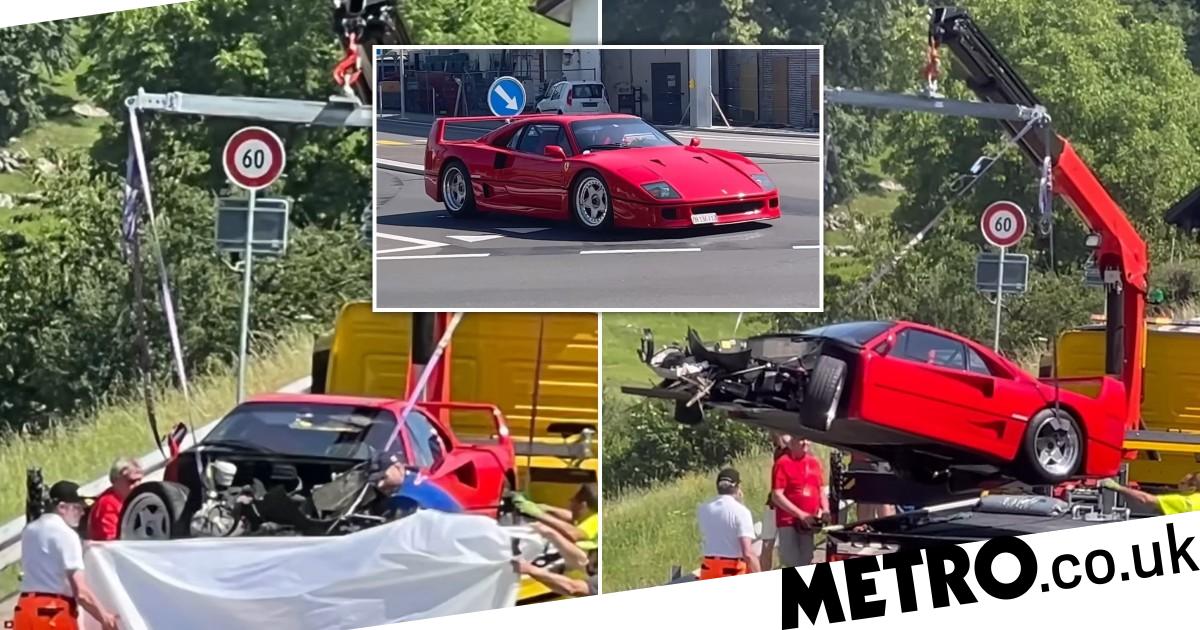 A supercar had a rather expensive crash at an event in the Swiss mountains over the weekend.

The Ferrari F40 skidded out of control into a race barrier at the 2022 Kerenzerbergrennen hill climb race on Sunday.

A video shows the aftermath of the crash, where the limited edition 1990s classic car – where similar models sell for up to £2 million – is being lifted onto the back of a rescue lorry.

The front of the car is crumpled up, but it is unclear whether it was a write off as most of the body appears to still be intact.

It is thought the smash happened due to ‘turbo lag’ – the time between hitting the throttle and the rush of acceleration happening.

An ambulance arrived at the scene as a precaution, but no one is believed to have been injured.

The fancy vehicles were shown at the beginning of the footage driving along slowly, presumably so spectators can take a closer look at the supercars.

The event’s president, Peter Rufibach, said the event is loosely described as a race but it is more of a ‘travelling museum’ in reality.

‘In the area where the accident happened, the track is anything but demanding,’ he told Swiss site 20 Min.

‘The event is like a travelling museum. Some drive slower and others faster. In the area where the accident happened, the track is anything but demanding.’

The fleet of classic motorcars joined the hill climb through the Swiss mountains in the Glarus canton to the east of the country.

Around 15 private Ferrari owners are thought to have taken part in the race, which is reasonably challenging with 12 corners, as part of the 75th Ferrari anniversary.

But they had to drive in a straight line behind the other, with safety distance in between each car, so it is unclear how the crash happened.

South Africans struggle in the dark to cope with power cuts