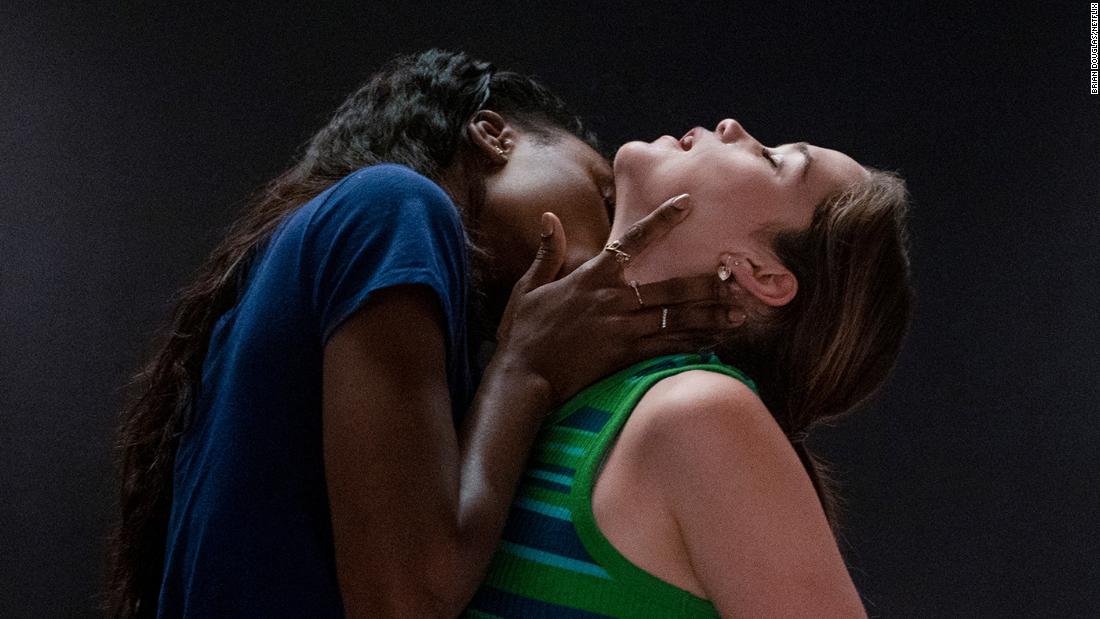 Adding an LGBTQ hook to the premise, teenage vampire Juliette (Sarah Catherine Hook) has yet to follow in the footsteps of her powerful family by, you know, drinking anyone dry, and Calliope (Imani Lewis) is in the same boat vis-à-vis her family of accomplished monster slayers.

New to town, Calliope immediately catches Juliette’s eye, and their potentially fatal attraction unleashes a host of complications, especially once their respective moms (Aubin Wise and Elizabeth Mitchell) realize that the object of their daughter’s affection comes from the wrong side of the supernatural tracks.

Obviously, the whole challenged-teen-romance motif is pretty overdone even without the Shakespearean underpinnings, with “Twilight” and “Buffy the Vampire Slayer” (the series version, that is) among popular properties that have strained adolescent angst through a fanged filter.

Even so, the dense mythology of “First Kill,” adapted from Victoria “V. E.” Schwab’s short story by the writer working with producer Felicia D. Henderson (whose soapy credits include “Empire” and “Gossip Girl”), feels particularly tortured. It also requires rethinking some familiar tropes of vampire lore, since Juliette’s folks are fabulously wealthy, no strangers to daylight and generally seen as pillars of the community, never mind their nocturnal pastimes.

There is some chemistry between the leads, although every time the relationship seems to be heating up, something absurd happens to break the spell. That includes plot wrinkles related to their respective older siblings and glimpses of the occasional monster, realized through pretty cheesy special effects.

As noted, encouraged by “Stranger Things,” Netflix has aggressively sunk a portion of its programming budget into macabre and science-fiction series, including several built around youthful protagonists, with decidedly mixed results.

The appeal of the genre is understandable, since as the examples above remind us, there are bountiful rewards if you get it right. It’s just when you miss that vein, you wind up with something as toothless, bland and fitfully silly as “First Kill.”

‘The Terminal List’ review: Chris Pratt stars in a dead-end Amazon series as a different kind of avenger