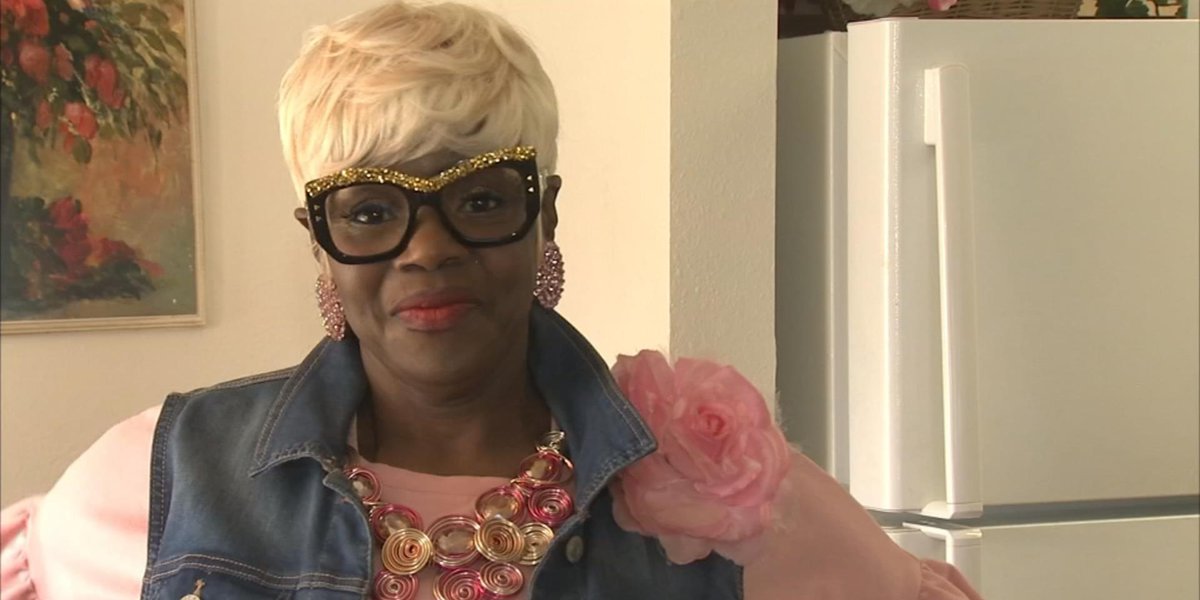 GENESEE CO., Mich. (WNEM) – Have you ever heard the saying, “I look better than what I’ve been through?” A Flint woman who has overcome multiple health challenges embodies that quite literally, and she’s helping to spread awareness all year round.

“I feel like when you look good, you feel good,” Valerie Toles said.

That mantra has helped Toles through uncertain times – one being in 2002 when she was diagnosed with breast cancer in her 40s.

“When I walk through the chemo clinic I see so many people. They are sick,” Toles said.

She noted the demeanor of the other patients changes when they see her coming into the clinic dressed from head to toe, likely in something she altered or created herself.

“I be dressed up, and they look at me, and they smile. So that gives people hope,” she said.

The naturally gifted craftswoman shared with TV5 that she was in the midst of losing her father when she learned of her diagnosis.

Toles is right. Some of the statistics associated with cancer, especially breast cancer, are particularly scary.

According to data presented by the American Cancer Society, breast cancer is the leading cause of cancer-related deaths for women worldwide.

“Most of the breast cancer diagnoses these days come from screening mammograms,” said Dr. Orimisan S. Adekolujo, with the Karmanos Cancer Institute at McLaren Flint.

Adekolujo is a medical oncologist who is encouraging women who fall into a higher-than-average risk to get screened early. He said that means women with a family history of breast cancer and Black women, too.

The death rate for breast cancer among Black women is a staggering 40 percent. That is higher than any other racial or ethnic group.

“I think we need to do a better job at helping people in our community, to help them access the same care,” Adekolujo said.

He said a big issue is the lack of early detection, and the problem also involves more aggressive subtypes of the disease that Black women are twice as likely to be diagnosed with.

“So in terms of presenting – late,” he said. “A part of it has to do with access to care and not being involved in as much in screening mammogram, and a part also has to do with the biology of the disease.”

Toles said she was stage two when she received her initial diagnosis after noticing some bleeding from her breast. She had a partial mastectomy and later doctors found another tumor in her breast for which she had to have six months of chemotherapy.

She had beaten the disease and was cancer free for over a decade. During part of that time, she conducted a support group for other survivors in Flint, which she would be later honored for.

Around 2014, doctors found and removed a cancerous spot on her foot, and to her disappointment, they also detected cancer in her liver.

“The doctor called me and she told me I had a huge mass sitting on my liver. It was 18 centimeters,” Toles said. “That was devastating. It was stage four. After that, I’ve been stage four all the way.”

She said it took four years of treatment to shrink the tumor before it was removed.

After that, cancer came back in the liver, this time between a blood vessel and the bile duct. At this time, Toles had moved to Georgia where doctors were uncertain about how to treat her.

“I moved to Savannah with my aunt, and the doctors down there just didn’t know what to do. We have the best doctors in Michigan. I can say that. Michigan has good doctors,” Toles said.

She eventually received Y90 treatment there, a specialized procedure for patients with liver cancer. She was able to get to her appointments through a medical helicopter provided for free by the Corporate Angel Network.

Toles moved back to Michigan, motivated to share her story and let others know of the resources available to help patients of all socio-economic backgrounds, like the Pan Foundation and Shades of Pink.

On the day TV5 talked to Toles, she was thrilled by a new development in her victorious testimony.

“I’m cancer free as of today. I am cancer free, hallelujah Jesus,” Toles said. “My life has been a storm, but I’m still standing, and I give God all the glory.”

Consult your doctor about when you should get screened for breast cancer and to come up with a plan for your breast health.

Aside from the organizations mentioned above, Toles encourages people to try the following resources that have been helpful to her: