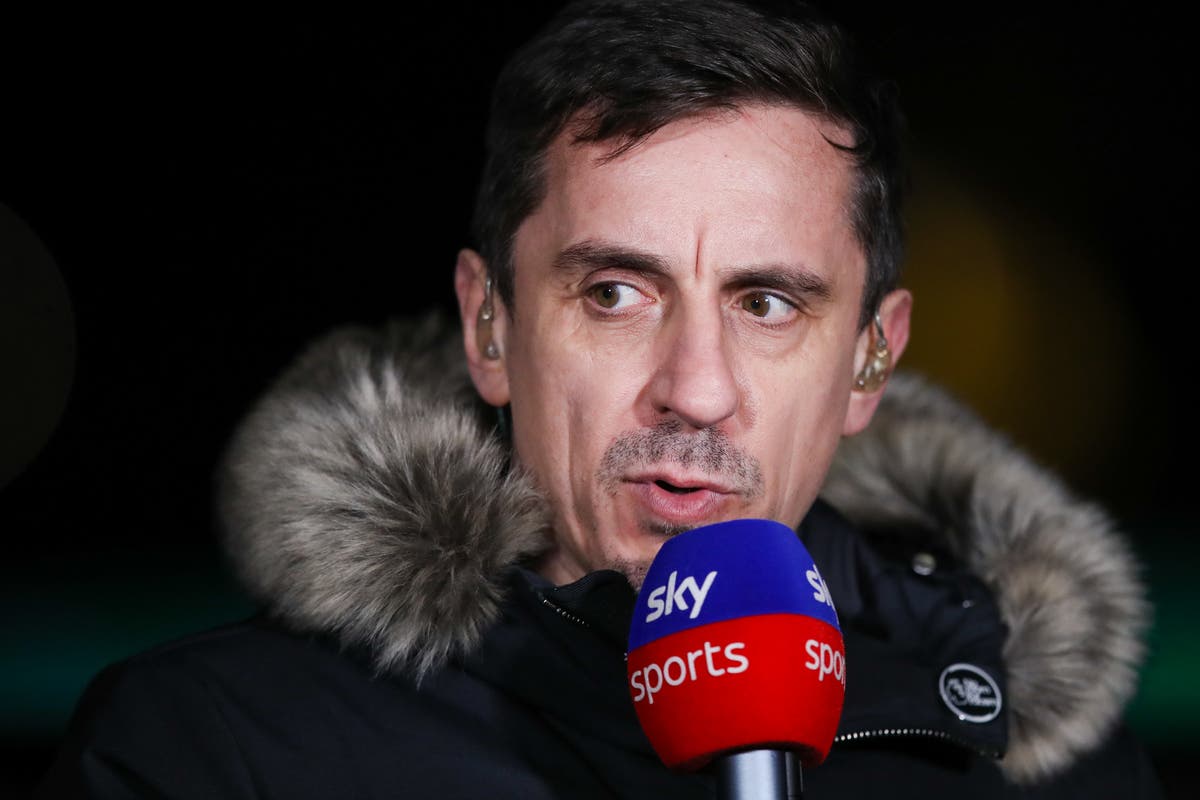 Gary Neville has revealed that he refused to sing God Save the Queen at Euro 96 as part of a protest against an “FA suit” who ordered him to do so.

Neville described the act as “stubbornness” when he failed to join his England team-mates to sing the national anthem at Wembley.

The 47-year-old has reflected on his decision and concedes it was a “big mistake”.

“I didn’t sing it the first time I played for England,” said the Sky Sports pundit. “Partly because I thought, ‘I’m serious about my work and I’m not singing before a game.’”

Neville has detailed how an FA boss, Geoff Thompson, explained to him following a match against Japan in 1995: “You must sing the anthem.”

Neville recalled: “I said, ‘I’m not being told by some suits what to do.’”

Neville’s decision comes after Liverpool player Trent Alexander-Arnold, 23, attracted criticised for not singing God Save the Queen while lining up for England to play against Hungary on 4 June.

The former Manchester United right-back elaborated on his interaction with Thompson in his Mail column back in 2011.

“He [Thompson] only ever sought out one conversation with me,” Neville recalls. “Did he want to pick my brains on World Cup preparation? Or ask how the FA could help behind the scenes? No, Mr Thompson wanted to know why I didn’t sing the National Anthem.

“‘Gary, we’d rather appreciate it if you joined in,’ he said. I had to politely explain that no disrespect was intended, I preferred to spend those few minutes, as I’d done all my career, focusing on the match. And that was the extent of my dealings with the chairman of the FA.”