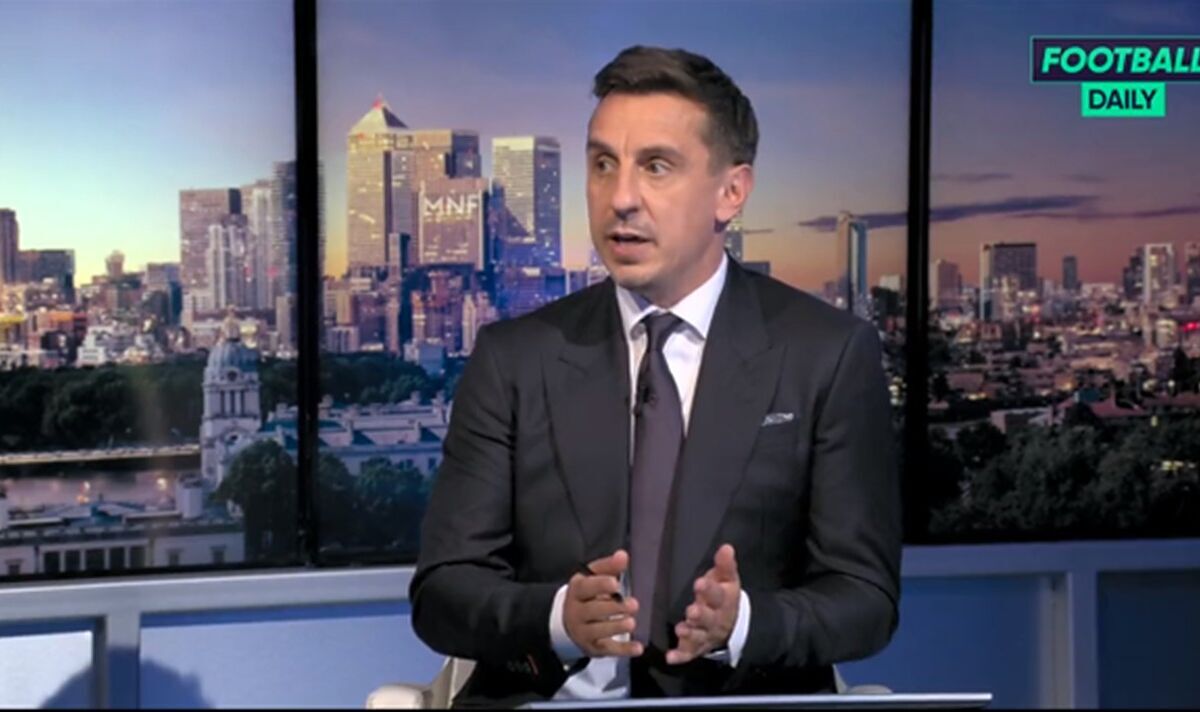 Manchester United hero Gary Neville has revealed that he discovered during his stint as a manager that a team should not be ‘chopped and changed’, and advising Erik ten Hag to learn from that. He also no longer believes that the club will be challenging for the top four this season.

United were comfortably beaten 4-0 by Brentford at the weekend, with Ten Hag watching on from the sidelines as his team were torn apart by the home side with relative ease. The manager spoke after the match about how he is keen to add new signings to his ranks.

But Neville believes that the manager also needs to implement a system that he is familiar with at Old Trafford and stick by it. He told Sky Sports: “It’s something that I learned from my time at Valencia. You stick to what you know and what you believe.

“I don’t think playing a back five one week and then going to a four the next, it doesn’t help to chop and change. You stick to what you know and hope that in the end, it works. But I do think he needs to tinker slightly and be pragmatic against Liverpool.”

Before the start of the season, Neville felt that United would progress this season and finish in the top four. However, the former England right-back has already given up on that hope and feels that, with the squad as it is, they could finish in the bottom half of the table instead.

Neville continued: “As I sit here today, I think there’s a massive decision they have to make on Cristiano Ronaldo and they’re damned if they do (let him go), damned if they don’t. A few weeks ago before the season started, the best thing to do was facilitate a move out the club for Cristiano because he’s obviously not happy and the club aren’t happy with him.

We’ll be bringing you the very latest updates, pictures, and video on this breaking news story.

For the latest news and breaking news visit:/sport

Stay up to date with all the big headlines, pictures, analysis, opinion, and video on the stories that matter to you.

CoreStack Accelerates Vision and Growth with Acquisition of Optio3

CoreStack Accelerates Vision and Growth with Acquisition of Optio3