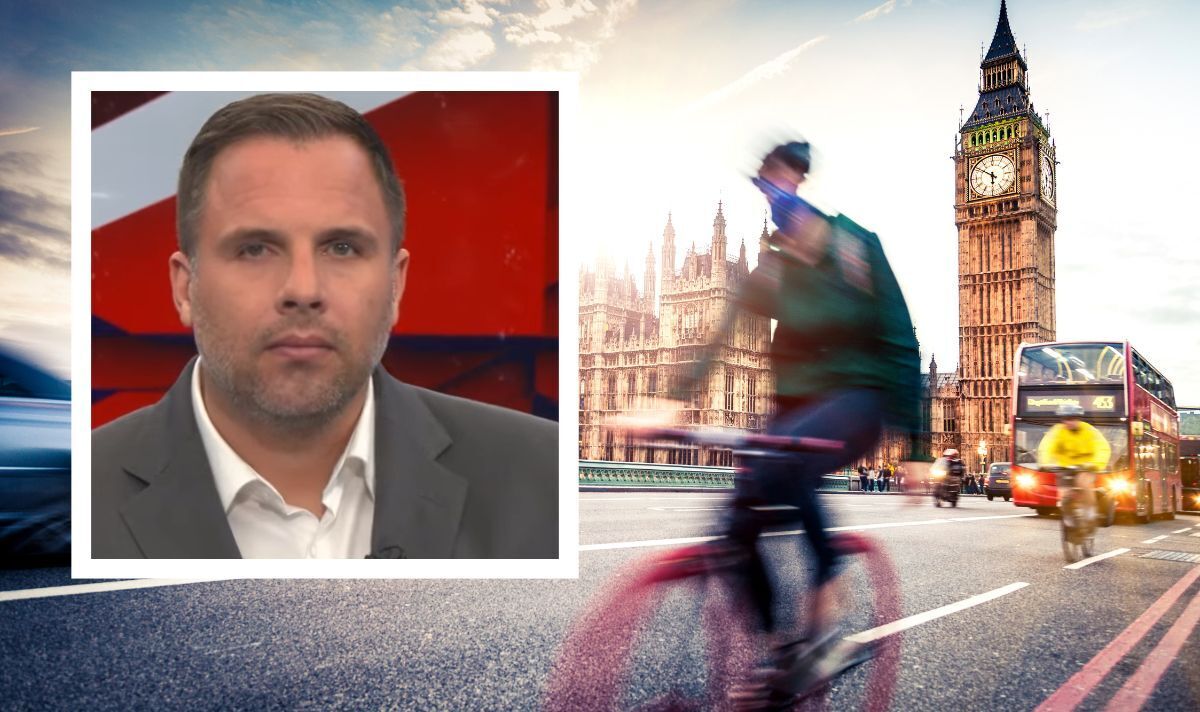 On Wednesday evening, controversial bike activist Dave Sherry appeared on Dan Wootton Tonight alongside journalist Andrew Pierce and Derrick Evans, a fitness instructor who is also known as Mr Motivator. The panel discussed the recent comments by Grant Shapps, the Secretary of State for Transport, who has suggested that there should be a way to track cyclists who break the law, such as insurance or licence plates.

Dave Sherry has been described as “Britain’s most hated cyclist” by the media due to his cycling activism.

He films drivers who he feels are driving inappropriately on the roads and posts it on his Twitter page.

The cyclist has secured over 70 convictions through his activities.

Mr Sherry said Mr Shapps’ proposals to track bike owners are irrelevant as he believes the transport secretary will be out of Cabinet as soon as the next government reshuffle.

“What we need to understand is that the biggest killer out on the road at the moment are car drivers.

“The Highway Code was adapted to change for the vulnerable road users.

“You had too much of a good time, you whinged then and you are whinging now.”

The panel ended with all three guests giving their final thoughts on the bike licence proposal.

Mr Andrew said: “You can’t pretend there’s not a huge problem and this is a very practical way of dealing with it.”

Mr Sherry said bike fatalities are in the single figures and that vehicles were the “killers” when it came to fatalities.

Dan Wootton responded: “Well I feel like I’m going to be killed every day by cyclists! I want that fear taken away.”

Fellow panellist Mr Motivator ended the segment by saying: “Let’s do what we can to encourage all the health benefits that are derived by cycling.

“Let’s get people sitting in their cars to get out and start riding a bike because that’s the future!”

New 'Cristiano Ronaldo' moment summed up how Everton are now a...

New 'Cristiano Ronaldo' moment summed up how Everton are now a...