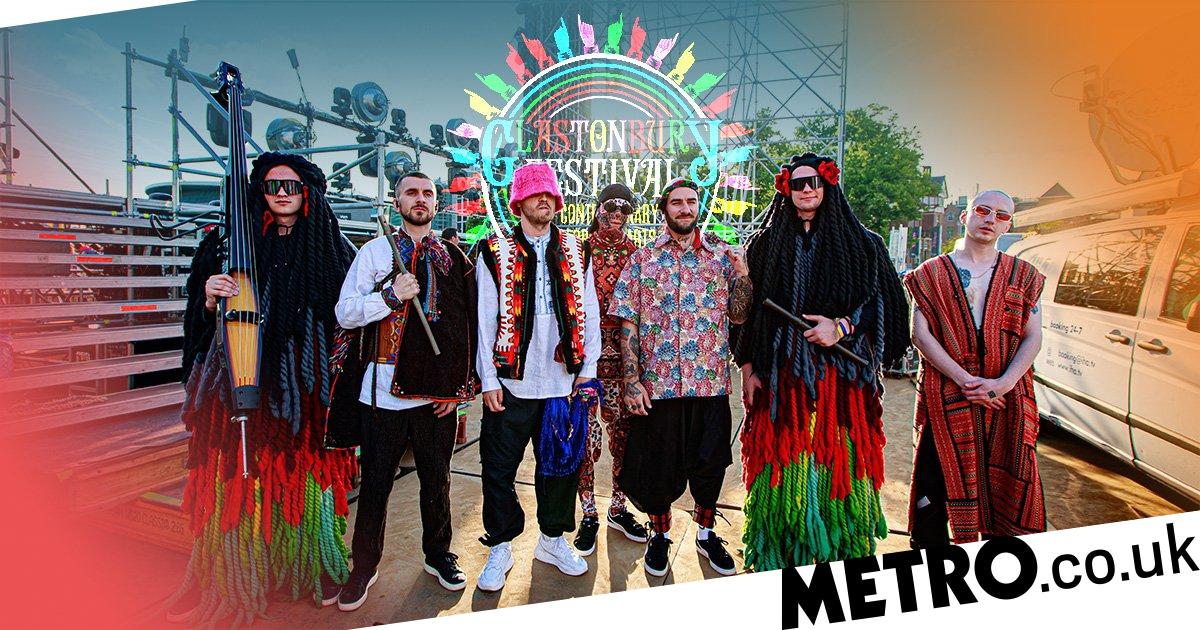 Eurovision winners Kalush Orchestra have admitted they feel a ‘huge sense of responsibility’ over their upcoming performance at the Glastonbury Festival.

It will be the first time the Ukrainian stars have performed in the UK – and what a first concert to kick it off with.

He added: ‘Our main goal is to perform well and for everybody to come, make sure you come and listen to our music and follow and support us.’

Oleg also urged fans in the UK: ‘Our culture is, at the moment, under attack [so] if you would like to help, listen to our work, cultural music, and follow us.’

Kalush Orchestra are set to perform on the Truth Stage at Glastonbury in the early hours of Friday morning, between 01:10 and 02:10.

Despite the Ukrainian entry winning Eurovision this year, it’s been announced that the 2023 contest will not be hosted in their home country, due to the ongoing war with Russia.

Oleg admitted he was ‘surprised’ by the decision, adding: ‘I’m very disappointed because we had hoped to host it in Ukraine.’

Shortly after the competition, Kalush Orchestra auctioned off their trophy, raising a huge $900,000 (£700,000) to help the Ukrainian army.

Reflecting on the auction, Oleg said: ‘It’s very important to help our country at the moment.’

Speaking about the other ways the group has managed to help the Ukrainian effort, Oleg went on: ‘We help as much as we can. I have a volunteering organisation, one of my musicians is fighting on the front line, and we’re also raising donations and money from the ticket sales and we send it all to Ukraine’.

Kyiv folk quartet DakhaBrakha will perform on Sunday afternoon on the Pyramid stage.

Meanwhile, Go_A will open the John Peel stage on Saturday with a performance of electronic folk music and soaring vocal melodies.

The group, who formed in 2012, represented Ukraine at the Eurovision Song Contest in 2021 with the anthemic dance track Shum, placing fifth.

Glastonbury will also host Jamala, who won Eurovision for Ukraine in 2016 with her song 1944, about the forced deportation in Crimea during the rule of Joseph Stalin.