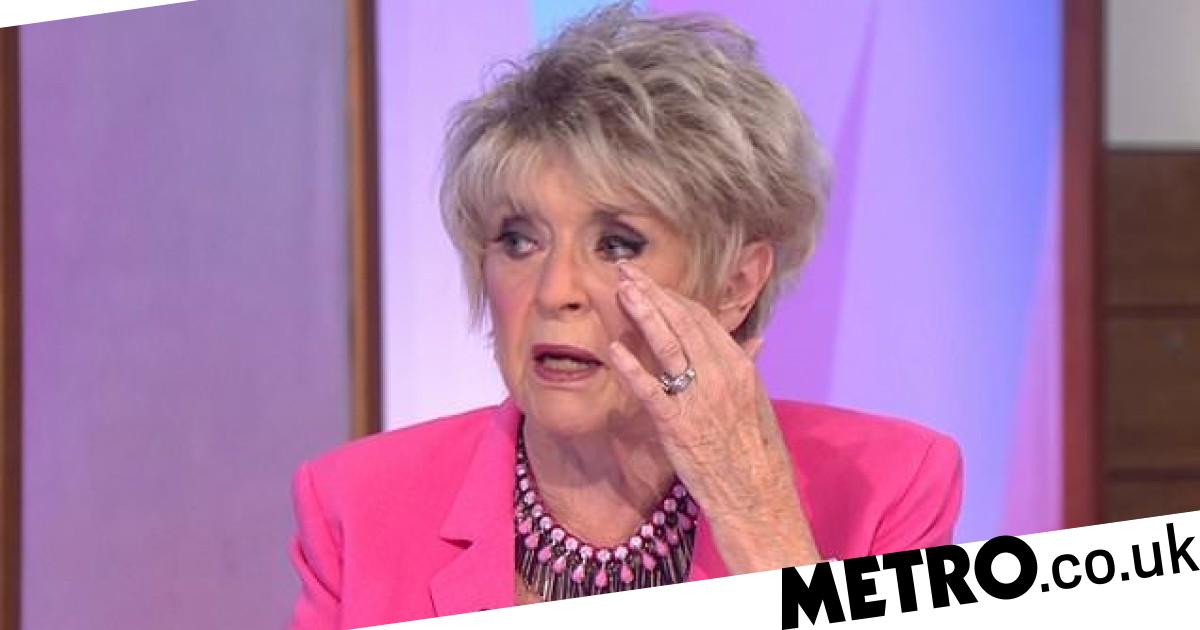 Gloria Hunniford has revealed she was left with a broken eye socket and a badly bruised leg after falling over at home ahead of the Queen’s Platinum Jubilee weekend.

The broadcaster, 82, revealed she had tripped over a rug in her house but ended up causing herself a serious injury from the fall.

She revealed on Loose Women: ‘I had a big one I’m afraid, this time. What I did was I tripped over a rug and I took the fall totally on my face.’

Gloria explained: ‘I took it all on a very hard wooden floor and it was all on my face. I’ve cracked a bone under my eye unfortunately.

‘There’s a bone around your eye that sort of holds the socket in place and that is actually broken so as long as it doesn’t take the muscle down, my eyesight at the minute is good.’

The panel did not air a photo of Gloria’s face after the accident but showed the injury to her leg, which had a large, extremely black bruise and a cut on it from where she fell.

Gloria thanked the NHS after she was taken to hospital by ambulance to be treated, revealing that they had arrived within 10 minutes.

She added: ‘To be honest I was worried about maybe a clot or something in my brain because a friend of mine had a similar fall and I was very relieved to know that I didn’t.

‘But they were fantastic and they did [scanned] my neck, they did everything that they should have done but were mostly worried about the eye.’

She had also booked herself further scans after worrying about a pain in her chest which she had feared was a cracked sternum but was reassured to find it was just an injury to the muscle which has started to ease off.

Gloria had been due to be on one of the buses which were part of the parade for Queen Elizabeth II’s Platinum Jubilee celebration but unfortunately had to pull out to give herself time to heal.

The presenter admitted that the fall had affected her confidence and she is now ‘petrified’ of tripping up again, and looks out for hazards when she is out and about now.


MORE : Gloria Hunniford fights back tears as she opens up on daughter’s death to cancer: ‘You treasure every single second’