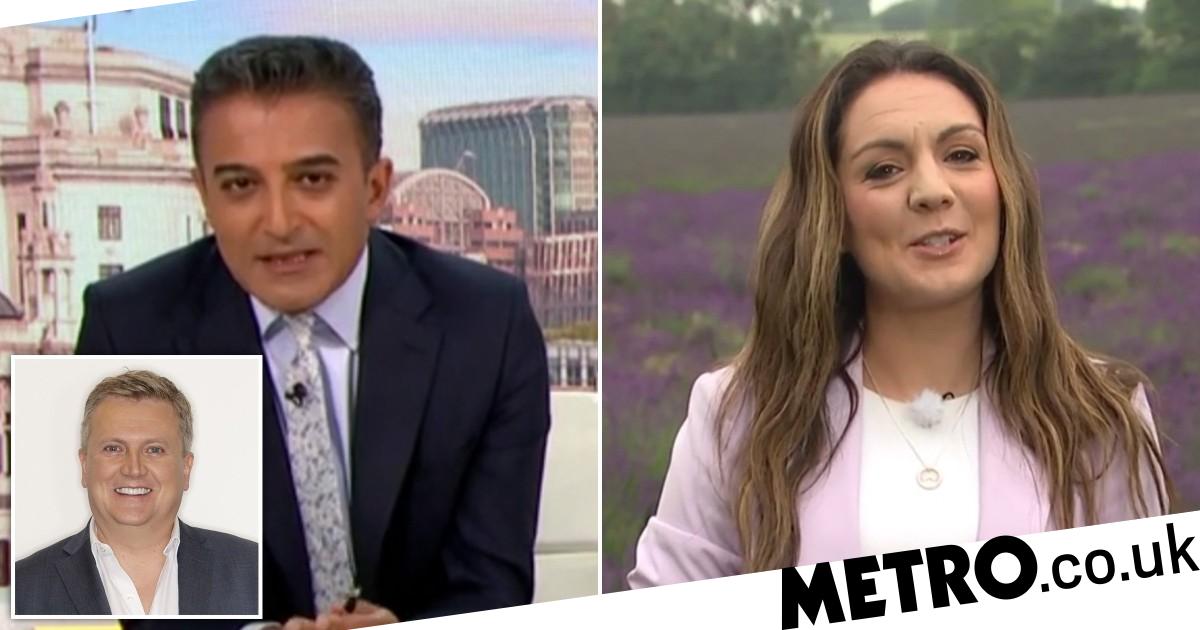 Good Morning Britain’s Laura Tobin was having a bit of a mare on Thursday’s programme and repeatedly got Adil Ray’s name wrong.

The weather presenter kicked off her first report where she confused her co-star with Welsh singer and radio and television host Aled Jones, prompting him to jokingly call her by a different name.

Later on in the show, Laura made the mistake twice more – all while she was trying to apologise for the blunder.

‘She did it again!’ Charlotte Hawkins yelled from the ITV studio. ‘Laura, you’re doubling down!’

‘It’s literally because I just text Aled,’ Laura insisted by way of offering an explanation, but again, meaning to say Adil.

She then shared that she had sent a message of apology to Adil, to which he responded by saying ‘who is this?’

Red-faced by her continued mistake, Laura joked: ‘This is my last day working at Good Morning Britain. I can say that I’ve really enjoyed working with everybody.’

‘If you ask somebody for a guarantee that there won’t be any compulsory redundancies and they refuse to give you a guarantee,’ he said.

‘The conclusion that you might logically make is that they intend to make some compulsory redundancies.’

Mick added that the pay deals are ‘way behind’ the levels of inflation.

Good Morning Britain airs weekdays at 6am on ITV.