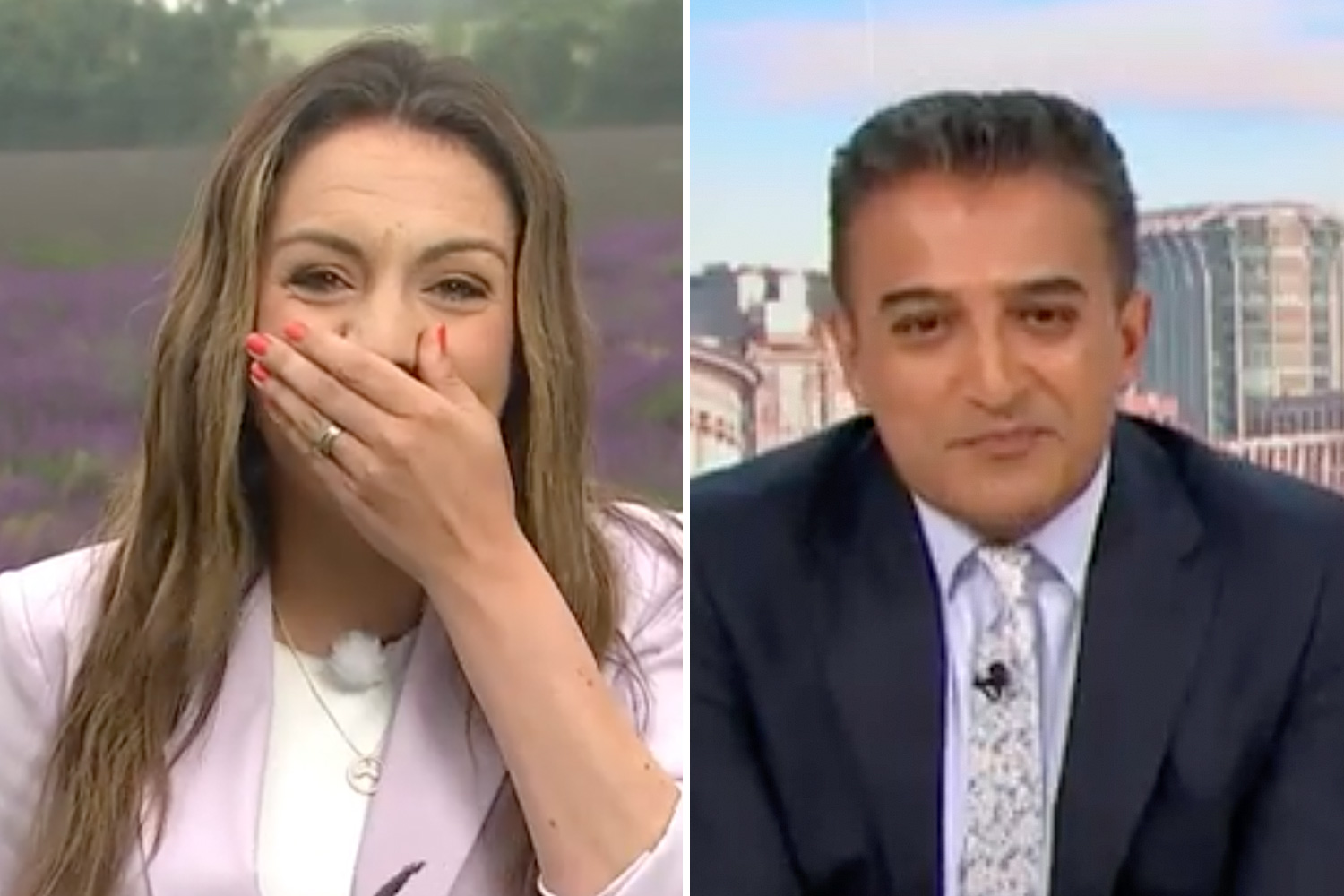 ADIL Ray called out his Good Morning Britain co-star Laura Tobin after she called him by the wrong name TWICE.

Laura Well I’ve moved to lavender and lavandin fields, I was talking about them before, Aled.

She continued to present the weather, but was challenged on her error later by Adil, 48.

“Did Laura confuse me with Aled Jones?,” he asked.

His co-host Charlotte Hawkins teased: “Is that because she sang you Walking In The Air?”

Laura then attempted to defend herself by explaining why she had Aled, 51, on the brain.

“Can I just say, I’ve been messaging Aled because I’m going for breakfast with him,” she said.

But Adil wasn’t having any of it. He cheekily replied: “Wow, well that was better than ‘the dog ate my homework’.

Afterwards, Laura privately texted Aled to apologise – but when it was brought up again on air she made the same mistake AGAIN.

Adil was teasing Laura by calling her Lisa after her gaffe, but as she told viewers about the text message she called him Aled for a second time.

Laura then joked: “This is my last day at Good Morning Britain, it’s been great. I can’t think of a better way to go.”

Aled used to present ITV’s Daybreak before it rebranded to Good Morning Britain.

He had replaced Adrian Chiles on the panel in 2012, before leaving two years later to host a weekend show instead.

The Welsh singer rose to fame with his festive cover of Walking In The Air when he was just 15 years old.