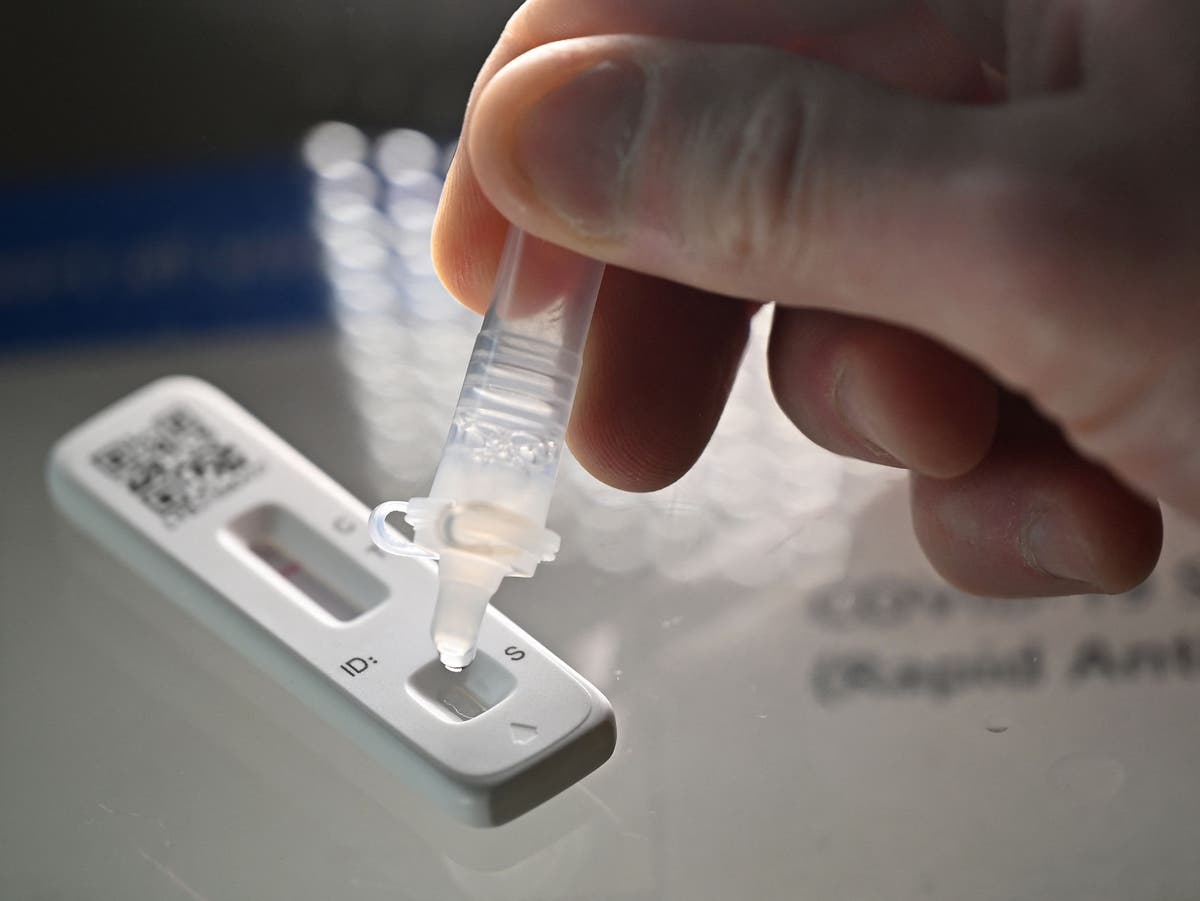 More than 40 million rapid Covid tests in the national stockpile have expired, rendering them unusable at a time when infection rates are once again surging.

The out-of-date lateral flow devices (LFDs) are thought to have cost the taxpayer tens of millions of pounds, but are now set to be disposed.

Health officials have been accused of “scandalous” waste for allowing the stock to expire, rather than redistributing the tests to nations with poor diagnostic regimes.

Some of the tests, made by an unnamed manufacturer, were held back during the first Omicron wave as they were deemed less effective as other brands in detecting the new variant and have since expired, the UK Health Security Agency (UKHSA) said.

But scientists have challenged the claim that the tests wouldn’t have worked as well in picking up the variant, while a lab-based analysis of the different LFDs in use in England, carried out by UKHSA itself in December 2021, found there was “no change in performance when trialled on Omicron”.

In total, a 40,742,096 tests held in the national stockpile had passed their expiry date by March 2022, according to data obtained by a Freedom of Information (FOI) request.

Anna Marriott, a health policy manager for Oxfam, said it was “utterly scandalous for the UK to have hoarded Covid-19 tests that are desperately needed around the world”.

She added: “Testing is essential to track and control this pandemic. Yet testing rates in the UK are as much as 120 times higher than in countries with lower vaccination rates like Sierra Leone.”

“The government would seemingly rather bin tests … than protect the world. It’s deeply short-sighted and will prolong the pandemic for us all.”

UKHSA said that much of the expired stock was largely purchased at the end of 2020 and beginning of 2021. Most lateral flow devices expire after two years.

The value of the stock was written down to zero by the Department of Health and Social Care, the FOI shows, but it’s likely the government paid out tens of millions for the tests.

In December 2021, the government signed four separate deals for LFDs worth £659 million in total, according to contracts published on Companies House. Around 780 million tests were ordered, a source told The Independent at the time.

The UKHSA said it is currently holding the expired tests for “repurposing or disposal,” but a source said it was likely the stock would eventually be thrown away.

Oliver Munn, chief operating Officer for Covid-19 testing at UKHSA, said: “Some LFDs were found to be less effective against Omicron then previous variants, therefore they did not pass our rigorous validation process and in the interest of public safety were not used.”

Miriam Deakin, the director of policy and strategy at NHS Providers, which represents trusts in England, said it was “concerning” that millions of LFD have expired “at a time when community infection rates and hospital admissions due to Covid-19 are once again on the rise”.

The Zoe Health Study, which tracks Covid-19 symptoms through a mobile phone app, shows that one in 21 people are currently testing positive for the virus across the UK and have symptoms.

UK health chiefs have warned it is likely that hospitalisations in the present wave — driven by the BA.4 and BA.5 Omicron sub-variants — will exceed the April peak, when 16,600 patients were in hospital with or because of Covid.

Ms Deakin added: “Our members were disappointed when free testing for the public came to an end in March 2022. While it is good that LFDs remained available in healthcare settings, there remains a need to ensure members of the public can access affordable testing regularly with ease.”

Dr Stephen Griffin, a virologist at Leeds University, questioned whether the government’s expired lateral flow devices would have been less effective in detecting Omicron compared to previous variants.

“I would be very surprised if LFDs had different sensitivities between variants as they are designed to detect the nucleocapsid protein rather than spike. The former is far less variable and suspectible to mutation.”

He said it was “astonishing” that tens of millions of LFDs have “remained out of circulation when they could have been used for such an important role for so many people”.

“This seems very much on a similar scale as the horrendous waste of PPE,” he added.

Amid the current high rates of Covid, “schools and healthcare settings would benefit greatly from the re-provision of free LFDs, especially considering the poor uptake of vaccination for younger children,” Dr Griffin said.