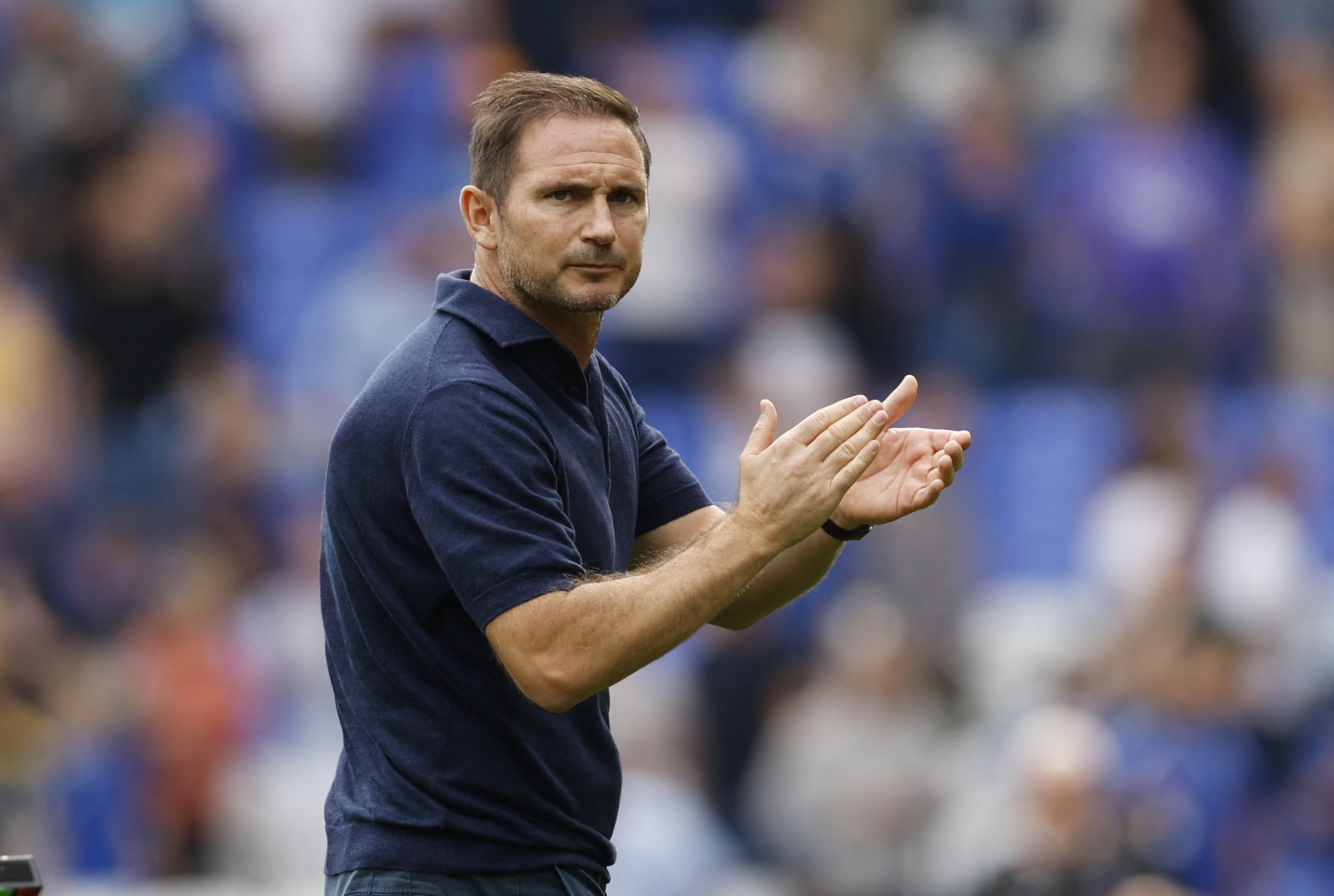 The transfer window may have closed, but Everton continue to make additions.

The Toffees are looking to address the desperate injury record that has undermined recent seasons by appointing their first ever physical performance coach. It is also part of a plan to transition Everton’s playing identity into the sort of energetic, high-pressing style that will see front-foot football return to Goodison Park in time.

It’s just one part of a bigger plan at the club but whisper it quietly – Everton appear to be getting their act together on and off the pitch.

To some, the table might tell a different story. Still winless and with a tough run of fixtures stretching ahead of them that begins with a trip to table-topping Arsenal on Sunday, it is the sort of set of circumstances that Everton have panicked about and pressed the reset button in the past.

Unlike with Ronald Koeman, though, who was sacked in 2017 just a few months after guiding Everton to 7th, Frank Lampard is insulated by the goodwill generated by keeping the Toffees in the Premier League in dire circumstances.

Fans feel there is a squad and “project” that they can get behind and unity, forged in the fire of last season’s relegation fight, has been retained.

Saturday’s robust performance in the Merseyside derby was evidence of the team’s tough core, something Lampard and director of football Kevin Thelwell deliberately looked to reinforce with the addition of England defender Conor Coady and James Tarkowski over the summer months.

Everton insiders believe there were real, tangible signs of progress over the summer as lessons from the club’s strategic review were learned. That began with a recruitment process that integrated data analysis and the manager’s expertise, drawing in Thelwell’s extensive contacts.

“Hollywood” signings like James Rodriguez that look impressive but stick out like a sore thumb were notable by their absence. As was owner Farhad Moshiri who, crucially and unlike in previous windows, maintained a “hands off” approach on recruitment and despite being in the country, was not present at Sunday’s Merseyside derby.

If there are concerns it is around a lack of goals, with Neal Maupay the only striker signing. But Dominic Calvert-Lewin is returning soon and the jump in performances from the likes of Alex Iwobi – a Lampard “project” who has benefited from the manager’s attention – gives hope that wins and a climb up the table are around the corner.

It’s understood that chairman Bill Kenwright was working until 1am on every day of the final week of the window, balancing the dual priorities of reinforcing the squad with new signings and working to keep Anthony Gordon on board.

i understands Gordon had expressed an interest in moving to Chelsea but with no final, compelling offer from the Blues to consider, Everton were determined to keep a player they believe they can build an attack around for years to come.

Lampard was one of the driving forces behind retaining the England under-21 forward and to his credit, Gordon’s performances have revealed a player whose head has not been turned despite the noise that surrounded the transfer saga.

Indeed Everton drew the curtains on the transfer window with the addition of James Garner and for a bargain £2m, they signed midfielder Idrissa Gana Gueye – a player many felt had never been replaced.

It was all done in the parameters of financial fair play: Everton insisted on receiving the £60m Richarlison fee up front but the Amadou Onana and Dwight McNeil fees are being paid in instalments. They are paying £9m of the £15m Garner up front. i understands that means there is money available in January if required.

Sales and the expiration of contracts of high earners have allowed a financial “reset”. But the commercial team negotiated eight new or enhanced sponsorship deals over the summer that will provide money directly into future transfer budget of Lampard and the impressive Thelwell.

It is a sales pitch that will be made much easier if the club continue to take steps in the right direction.

Italy heads to the polls as country expected to elect first...

Italy heads to the polls as country expected to elect first...