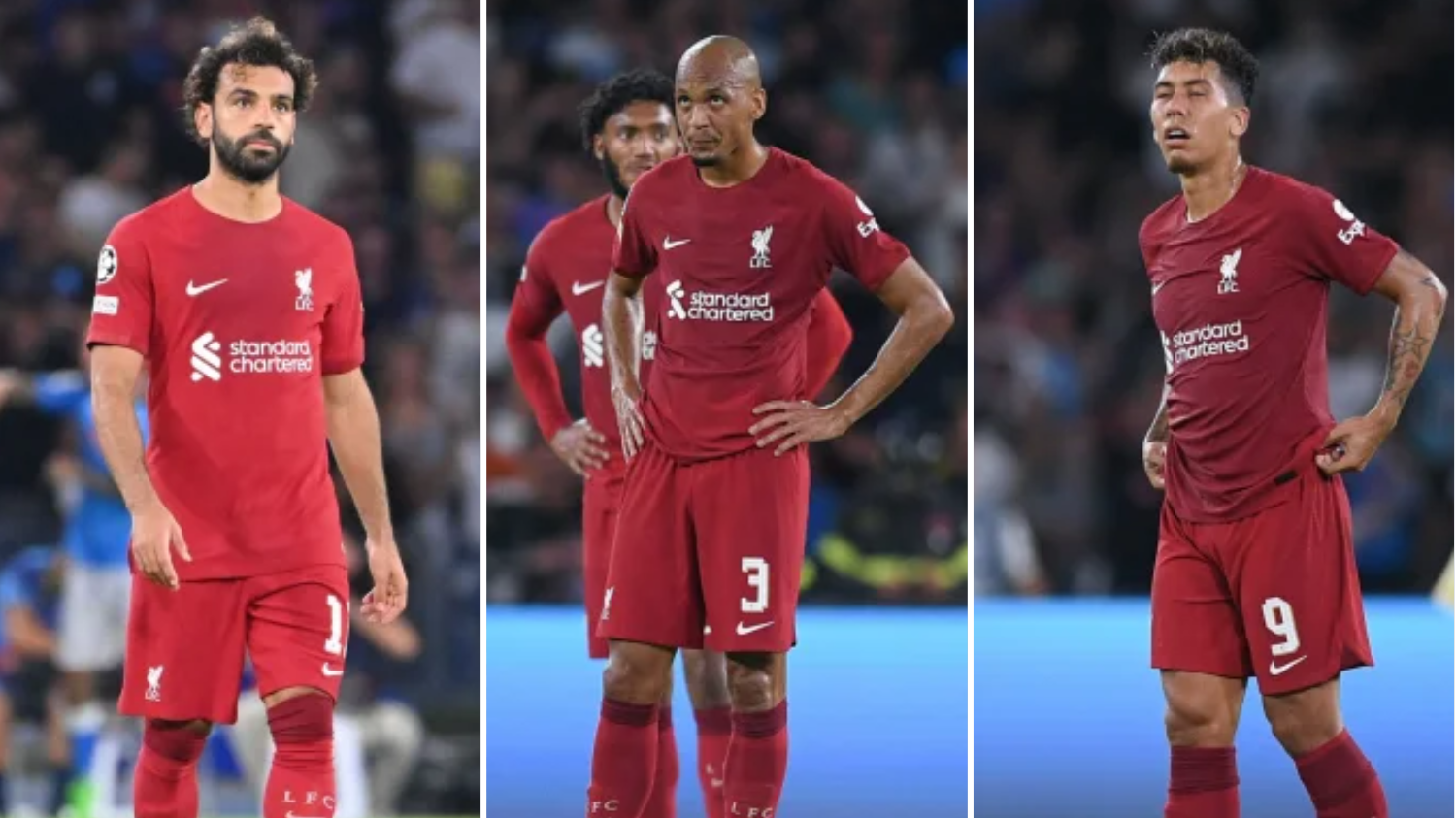 On the day one Big Six manager paid the price for a shambolic Champions League performance with his job, Jurgen Klopp vowed he would not be going the same way as the sacked Thomas Tuchel despite Liverpool’s 4-1 humbling in Napoli.

The Reds have won just two of their seven games in all competitions this season, victories over Bournemouth and Newcastle masking a downturn that has seen points dropped against Fulham, Crystal Palace, Manchester United and Everton.

So often the European stage has provided some respite for Klopp’s side, but here the campaign reached crisis point in the south of Italy.

“We have to reinvent ourselves, the basic things were not there,” the Liverpool manager said, as he apologised to the travelling fans.

“It is a difficult period, no doubt about that, but if you are not playing exceptionally well you still can defend on a really high level. We should be able to do that. At the minute we are in-between. If you concede a penalty after three minutes and then another after 10 minutes you cannot do that. It is not that we have to invent a new kind of football but we have to improve. Everybody would be happy if we could play the stuff we used to play.”

Pundits echoed Klopp’s concerns about Liverpool’s approach, with Jamie Carragher appearing to question whether the seven-year curse that afflicted the German ins his Mainz and Borussia Dortmund reigns has struck again.

“The problem tonight is not that game. Forget this game,” Carragher said on CBS. “For me the big worry is that, is this almost something that’s going to carry on through the season? Is this an end of a cycle?

“Liverpool massively got the transfer ideas in the summer wrong because this team is so far off and it has been at full pelt for five or six years. Is this a massive drop off physically because of what’s happened over the last five or six years the way they’ve played, how intensive they’ve been. And can this team get it back?”

How do Liverpool ‘reinvent’ themselves?

Two days before the new season began, Liverpool assistant Pep Lijnders released a book taking a behind-the-scenes look at the 2021-22 season. The unfortunately named “Intensity” takes its title from the one quality his side lack most notably, which is perhaps why it has prompted a mini-backlash from some sections of the support.

Whether Klopp is able to “get it back”, as Carragher put it, will define the next part of his tenure. Yes, they “got it wrong” this summer – Klopp initially insisted they did not need to sign another midfielder, only for the club to panic into a loan agreement for Arthur Melo on deadline day – but there have already been significant attempts to build Liverpool 2.0.

The arrivals of Luis Diaz and later Darwin Nunez were supposed to offset the decline of Roberto Firmino and the sale of Sadio Mane to Bayern Munich. What that did not take into account was a dip in form for Mohamed Salah following his contract extension.

One theory is that the Egyptian is spending too much time out wide and against Napoli, no player in the starting XI had as fewer touches (26). Klopp has denied that Salah has become stranded on the flanks – claiming “it’s not more than in any other season” after the Merseyside derby” – but Liverpool have to find a way to bring him into a more central role without neutralising Nunez.

Graeme Souness recently questioned whether Salah has been affected by his new deal, warning on Sky Sports: “At this level if you knock off half a per cent or one per cent then you are not the same player. I hope this is not him getting semi into his armchair because he has signed a big contract.”

These are more fundamental questions that can’t be dismissed as injury setbacks, however, and when it comes to “reinventing” Liverpool Klopp cannot only rely on the return of players like Joel Matip. Joe Gomez and Virgil van Dijk’s partnership is not working and lacks familiarity; the recent defeat to Manchester United was the first time they had played together since the 7-2 humiliation at Aston Villa in October 2020.

Trent Alexander-Arnold’s defensive vulnerabilities have left them even more exposed, and the reliance on the two wing-backs that once defined Liverpool at their best – when they could rely on being compact in the middle – is leaving vast gaps at their worst. Unless the midfield can discover a renewed composure, they cannot afford the full-backs the freedom they once enjoyed.

What the pundits said

Carragher was not alone in describing Liverpool’s defending as “embarrassing”, warning that “if they keep playing [like that] they’re going to have a big problem in terms of the Premier League this season and qualifying for the next round of the Champions League, because that is suicide football.”

Anfield legend Robbie Fowler also raised concerns about the squad’s attitude as they collapsed to a four-goal deficit in 47 minutes.

“You could not question their desire over the past couple of years, but today we are,” Fowler told BT Sport. “We said it was a tough game for Liverpool, we know how good Napoli are, first five minutes you need one of your defenders to step up and say, let’s not concede goals and make sure we are hard to beat.

“I know [Joe] Gomez will take some stick because he is caught out for the first goal, but watch the desire from Trent Alexander-Arnold. He gets the plaudits for the way he attacks teams, but the desire to help his team out defensively, is just not there. To be fair, Napoli have been brilliant but Liverpool defensively have been absolutely shocking.”

Alongside him, Rio Ferdinand added that the first half had been an “embarrassing 45 minutes, especially from a defensive standpoint”.

“What you can’t accept as a manager, a team-mate, a player is lack of effort at times, a lack of desire, you accept mistakes but when people don’t run or don’t look like they have the intensity to get back and play,” Ferdinand said. “It is just not good enough.”

Tributes to 'legend' of Anfield who followed Liverpool FC for 90...

Tributes to 'legend' of Anfield who followed Liverpool FC for 90...