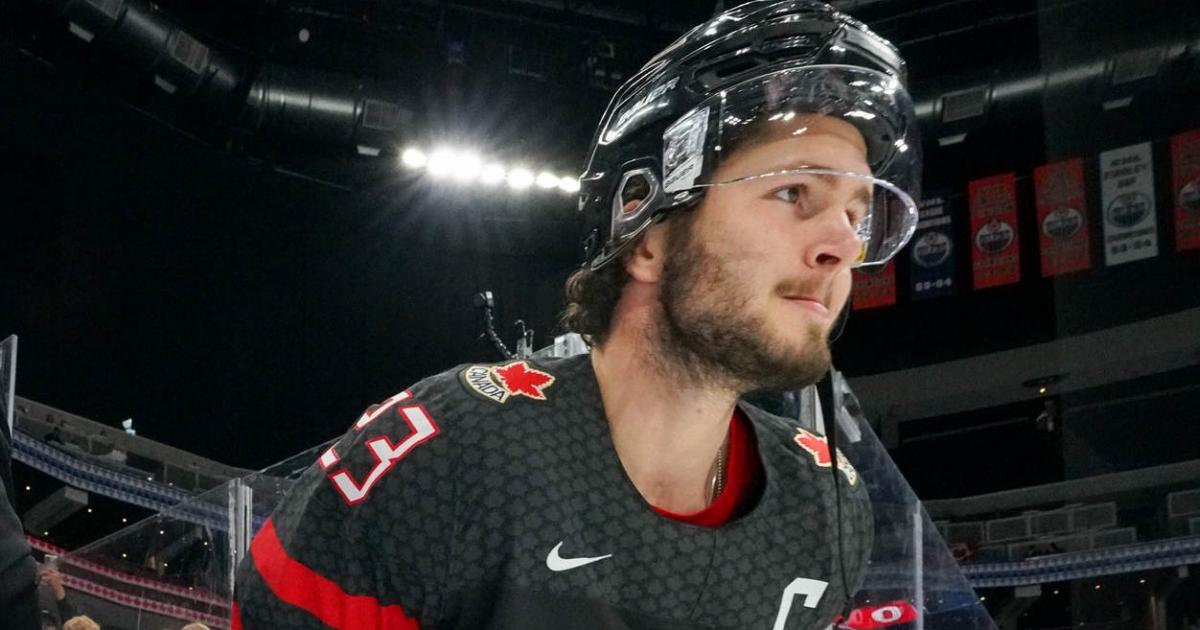 Mason McTavish did what he set out to do this summer — win gold at the 2022 World Juniors. The captain of Canada helped the team win its 19th championship at the IIHF U20 tournament this past weekend, defeating Finland 3-2 in overtime.

McTavish is one of the few players from Canada that will be eligible for the 2023 tournament in December, however, if McTavish’s progression continues along like it has been, the 19-year-old should not be in attendance in Halifax/Moncton for the games.

The No. 3 pick from the 2021 draft by the Ducks will be competing for a spot on Anaheim’s roster ahead of the 2022-23 season this fall. While most prospects in his situation elected not to play at the World Juniors, McTavish insisted to the Ducks that he go. The move paid off, as not only did the team win gold, but McTavish earned MVP and Best Forward honors at the tournament, thanks to his 17 points in seven games.

The World Juniors was the icing on the cake for what was a roller coaster of a 2021-22 season for McTavish. He began last season in the AHL, playing in three games before he was called up. He skated in nine games for the Ducks last year before he was sent back to the OHL, as playing in 10 games would have burned a year on his entry-level contract.

McTavish went back to the Peterborough Petes, but was traded to the Hamilton Bulldogs a few days later. With Hamilton, he won the OHL Championship, and made it to the finals of the Memorial Cup. Oh, McTavish also played (briefly) at the cancelled 2022 World Juniors and at the Winter Olympics with Team Canada. Talk about a busy year.

In total, McTavish skated in 79 regular season, playoff and tournament games with six different teams in 2021-22. He recorded 40 goals and 42 assists, good for 82 points.

The promising forward has all the momentum on his side heading into the Ducks’ preseason. With all of the instability of last season, will the 2022-23 season see McTavish settle down in Anaheim and play consistently with the Ducks?

Will Mason McTavish make the Ducks’ roster out of training camp?

Considering where McTavish started the 2021-22 campaign and how far he has come now, it’s safe to say that he should earn a roster spot out of camp.

McTavish would have likely spent all of last season in either the NHL or AHL if not for the Ducks electing to not burn the year on his entry-level contract. Anaheim coach Dallas Eakins said last year the organization felt that McTavish would benefit more in his development if he went back to Canadian major juniors and played his natural position of center.

However this year, McTavish dominated playing kids his own age group, and did not look out of place at the Olympics against older competition. He has continued to showcase a well-rounded tool kit that allows him to excel at both ends of the ice. McTavish is creative with the puck on his stick, has an excellent shot and also plays defensively sound. You add in the fact that he never shies from throwing a hit, and he is looking like a complete package for the Ducks.

All that points to the fact that McTavish is likely Anaheim-bound after camp. At the very least, he could start in the AHL to begin the season with the San Diego Gulls and get the call-up when the time is right.

Where does McTavish fit in the Ducks’ lineup?

McTavish naturally plays center. He has excelled in the role in the OHL with Hamilton/Peterborough as well as with Canada at the World Juniors.

However, it wouldn’t shock me if Anaheim elects to play McTavish on the wing at first. The club did the same thing with Trevor Zegras, where he played wing in the NHL at first to get accustomed to the speed. He continued playing his natural position of center in the AHL, and eventually worked his way into a top-six center role.

MORE: Who can return to play in the 2023 World Juniors?

McTavish would likely see more ice time on the wing. With Zegras and Ryan Strome, the center spot is filled on the first two lines, meaning McTavish could, at best, play the third-line center. But on wing, it’s pretty wide open as to who will play on what lines. Troy Terry, Adam Henrique and newly-signed Frank Vatrano should take up three of the four wing spots on the first two forward lines, but McTavish could compete for the last opening.

If not, McTavish could play on the third line as a wing and get the reps needed in that role. Perhaps after a month of two in the NHL, the Ducks will move McTavish to center and have him take over the middle role on the third line, or he can continue this season as a wing if it’s working out for both himself and the team.

Regardless, there are spots for McTavish in the Ducks’ lineup to get him quality NHL minutes. It may just come down to when during the season and at what position.

What is the Premier Hockey Federation? Everything to know about North America’s women’s pro league

When does the NHL season start? Everything to know about the beginning of the 2022-23 campaign

When is the NHL 23 release date? Cost, new features, editions & everything else to know in 2022

Where is the 2022 IIHF Women’s World Championship? Cities, venues for hockey tournament

Why is Mélodie Daoust not playing for Canada at the 2022 IIHF Women’s World Championship?

BBC scheduling team got it 'spot on' as Paddington airs after...

Gary Neville hits out at US investment in Premier League as...

BBC scheduling team got it 'spot on' as Paddington airs after...