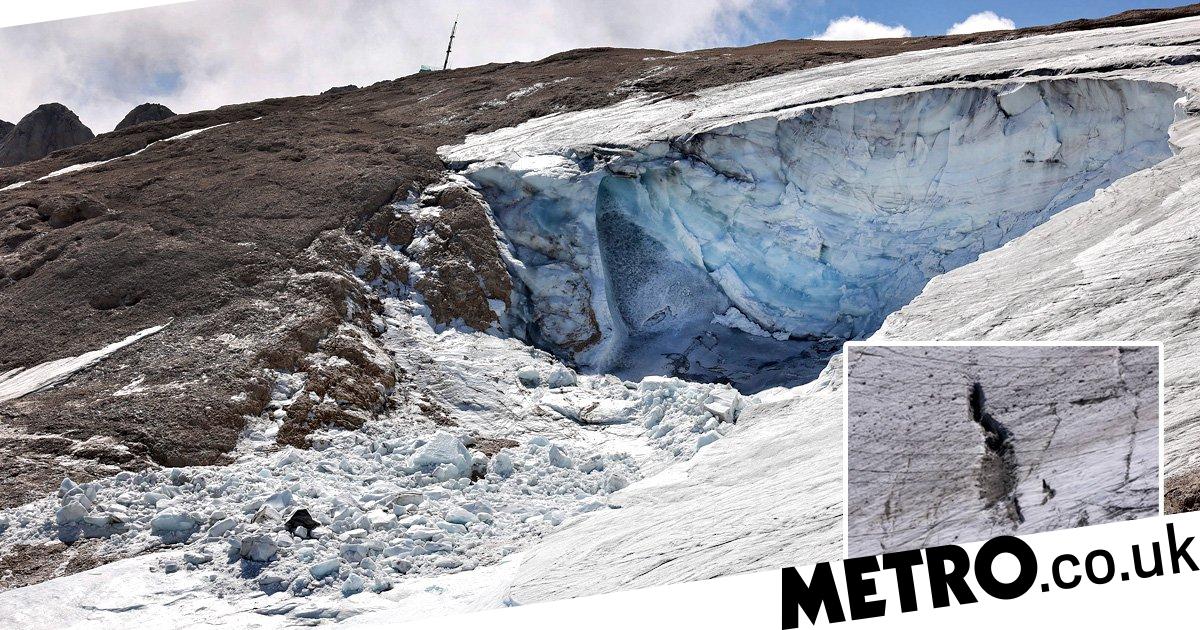 The search for 13 hikers who are still unaccounted for following a deadly avalanche in northern Italy has resumed.

When a huge chunk of the Marmolada glacier collapsed on Sunday, it sparked an avalanche that sent torrents of ice, rock and debris flying down the mountainside onto unsuspecting hikers below.

At least seven people were killed in the disaster and an estimated 13 are still missing, officials have said.

Marmolada, is the highest peak in the Dolomites, a range in the eastern Italian Alps that straddle the regions of Trento and Veneto.

Rescuers have been using drones and helicopters to search for victims and have been trying to locate them through their mobile phone signals.

But hopes of finding survivors more than 36 hours after the disaster are fading quickly.

Italian media said those confirmed to have died include David Miotti, a 51-year-old local alpine guide who ran a sports shop in the area.

While three people from the Czech Republic are understood to be among the missing.

Italy is in the middle of an early summer heatwave, coupled with the worst drought in the north of the country for 70 years.

The Marmolada collapse has fuelled concerns about the impact of climate change on the mountain range.

‘The government must think about what has happened and take steps to ensure that what happened is unlikely to do so again or can even be avoided,’ he said during a visit to the site on Monday.

Experts have said there was an unusual lack of snowfall this winter, exposing the glaciers of the Italian Alps to the summer heat and melt.

Renato Colucci from the Institute of Polar Sciences of the state-run Council for National Research, or CNR said: ‘We are thus in the worst conditions for a detachment of this kind, when there’s so much heat and so much water running at the base.

‘We aren’t yet able to understand if it was a deep or superficial detachment, but the size of it seems very big, judging from the preliminary images and information received.’

The CNR has estimated that the Marmolada glacier could disappear entirely in the next 25-30 years if current climatic trends continue, given that it lost 30% of its volume and 22% of its area from 2004-2015.