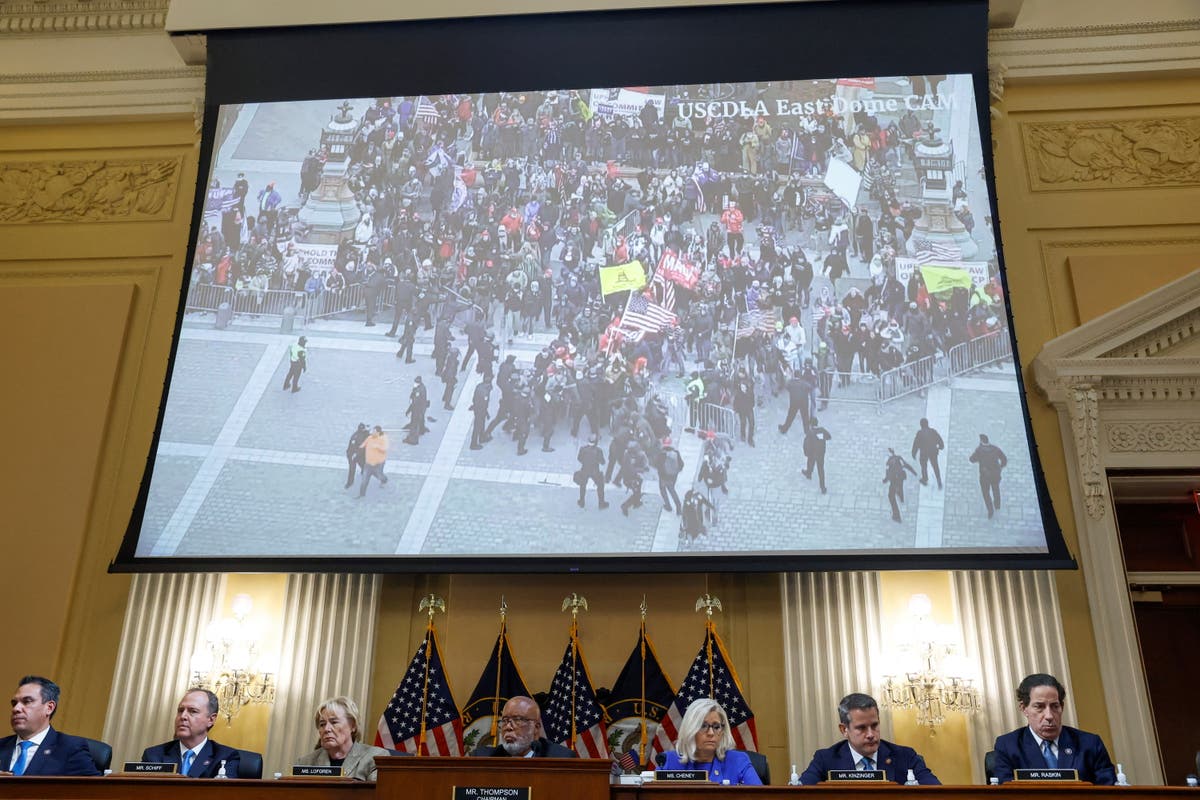 Some of the Capitol police officers present on the day of the January 6 Capitol attack could be seen crying and emotional as the committee showed a shocking compilation of bodycam footage and documentary video on Thursday during the first primetime hearing into the attack on Congress.

In the video, set up by committee chair Bennie Thompson, members of US Capitol Police are heard desperately calling for reinforcements as they are viciously attacked by a massive mob of Trump supporters who are seen smashing windows, striking officers, and wrestling with metal barricades.

“This is now effectively a riot,” one officer is heard saying over radio.

“Fall back! Fall back!” another beleaguered officer is heard yelling desperately as his position is overrun.