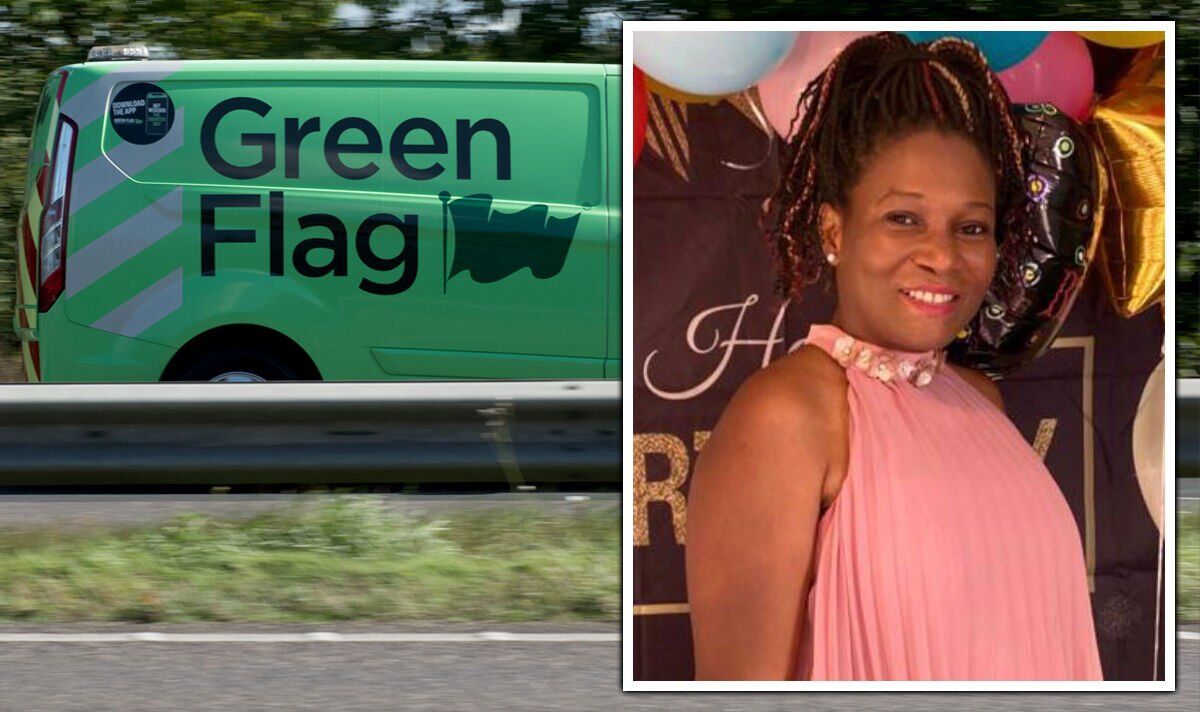 Shirley-Ann Dumbuya, 38, was stuck on the M60 after her husband’s Kia Creed cut out near Junction 20.

The mother of four screamed for help from staff at Green Flag, but was told a recovery truck or mechanic would only be dispatched if her vehicle was parked on the hard shoulder.

Moments later, a DAF skip wagon weighing about 18 tonnes ploughed into the back of the Kia.

The nursing student, from Moston, Manchester, who was on her way to sit an exam, suffered multiple injuries and died shortly afterwards. She had also phoned her husband Peniel, and he dashed to the scene, only to find the wreckage.

Judge Anthony Cross QC accused Green Flag of “systemic failings” in January 2021, as he called for police to investigate.

Trucker John Bowers admitted causing death by careless driving at Manchester Crown Court. Judge Cross said of Shirley-Ann: “She sensibly called Green Flag as she… had sensibly paid for their assistance, and yet she was told that they could not help her? Green Flag should ring 999 to help the person.

“There should be an enquiry by the Assistant Chief Constable responsible for road traffic. Society has lost someone who was not only going to make a valuable contribution to society but who had already done so just by being a good person.”

Shirley-Ann’s eldest daughter Alice, 19, wept as she told the hearing: “Our lives have been shattered by something that was so avoidable.”

At least 19 other drivers had noticed the Kia’s hazard lights and changed lanes. Dash-cam analysis showed Bowers was at 55mph with an unobstructed view of the Kia.

Bowers, of Preston, Lancs – who initially denied wrongdoing and had a previous drink-drive conviction – was given six months in jail, suspended for 12 months, and a three-year ban.

Biden failed to ‘call out’ Russian allies at UN

Biden failed to ‘call out’ Russian allies at UN