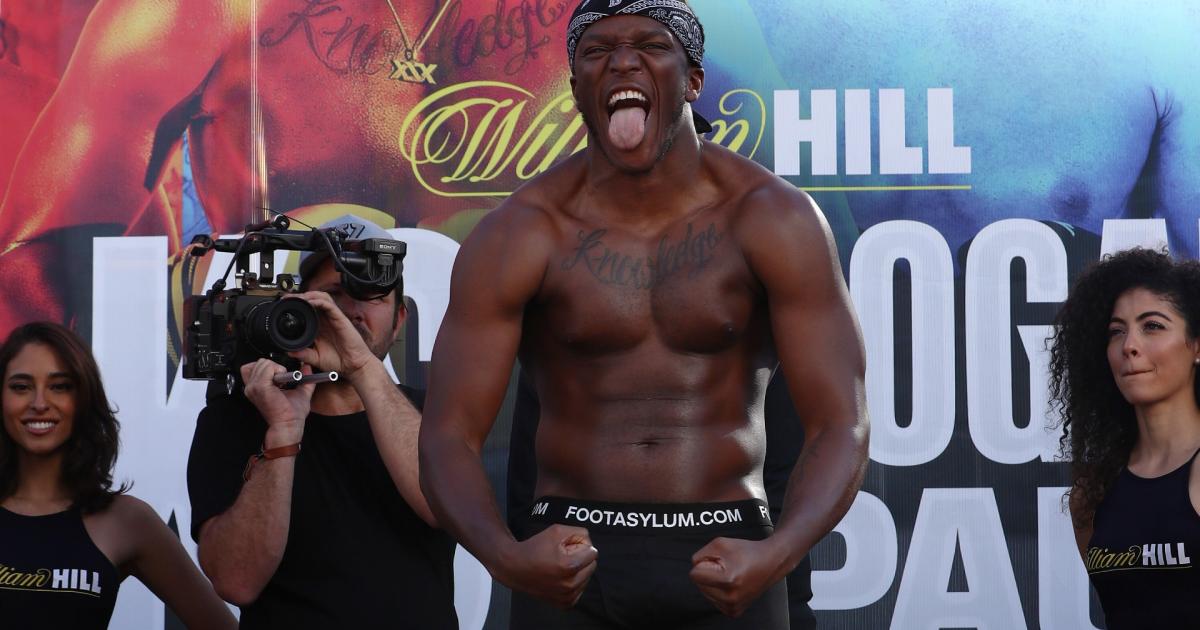 Inside the O2 Arena on August 27, DAZN will host a fight card featuring several influencers from all over. Despite a last-minute opponent change, KSI is ready to put on a show nobody will ever forget.

KSI faces Swarmz, a rapper with no boxing history. He replaces Alex Wassabi. Since the announcement, the fight has gotten mixed reviews. Understanding the situation he is in, KSI spoke on his YouTube channel regarding the change. After going through a list of potential opponents, KSI entertained the comments section. He even made a bold statement regarding the fight.

“Imagine if I lost to Swarmz, honestly I would probably delete everything, I’m gone. I’ll see you later, I would leave the Sidemen. I’d be selling my shares and I’m f—–g off. You’d never see my face again,” KSI stated, via Mirror.

KSI’s goal is to create YouTube boxing events that everyone is excited about. He is ready to elevate the sport. As part of that initiative, Misfits Boxing, KSI’s promotional company, has teamed up with DAZN to launch the MF & DAZN: X Series. Per DAZN, the series is, “a pioneering new crossover series that will showcase the biggest global names in entertainment, sport, and lifestyle facing each other in blockbuster boxing events.”

Swarmz just happens to be in KSI’s path.

What will happen when these two influencers meet in the ring? Can Swarmz pull off the ultimate upset? The Sporting News is here to give some insight on how to bet on this fight.

Why is KSI fighting Swarmz?

KSI was ready to face fellow YouTuber Alex Wassabi. Wassabi has some combat sports experience. Leading up to the fight, however, Wassabi suffered a concussion.

Rival Jake Paul then offered to fight KSI. His fight against Hasim Rahman Jr. inside Madison Square Garden was nixed due to weight issues surrounding Rahman. He requested the bout be at 180 pounds. KSI stated that a backup was already in play and that he would fight Paul sometime next year.

Swarmz, who has collaborated with KSI in the past, was the next man up. KSI’s reasoning for fighting, even against someone like Swarmz, is to prepare for the future.

“I haven’t fought in three years, this is supposed to be a warm-up fight. Nobody is supposed to care who I fight because I’m going to beat them anyway. Even if they try their hardest, they are not going to beat me. Like I said before whether it’s Alex or it’s Swarmz, I’m fighting so I can get rid of the cobwebs and be active again in the boxing scene,” KSI went on to say.

Odds for KSI vs. Swarmz

According to BetOnline, KSI is the -1500 favorite, while Swarmz is the +800 underdog.

With Swarmz having no boxing experience, we are going to have to rely on KSI’s skills in the ring.

While ring rust may play a factor, KSI returning to boxing will likely be like riding a bike. Since his last fight, KSI has shown he is still interested in the sport. His commitment level was never in question.

The unknown factor of Swarmz, a true novice, is the reason for the wide difference in odds. With influencer fights, expect the unexpected. With this bout KSI might be right when he called it a sparring session. KSI may end up playing with his food, so fans get their money’s worth

When is KSI vs. Swarmz?

How to watch KSI vs. Swarmz

The fight between KSI and Swarmz will be broadcast via DAZN pay-per-view in the U.S. and the U.K.

KSI vs. Swarmz PPV price: How much does the card cost?

Ten day warning to everyone with an electricity meter

Ten day warning to everyone with an electricity meter